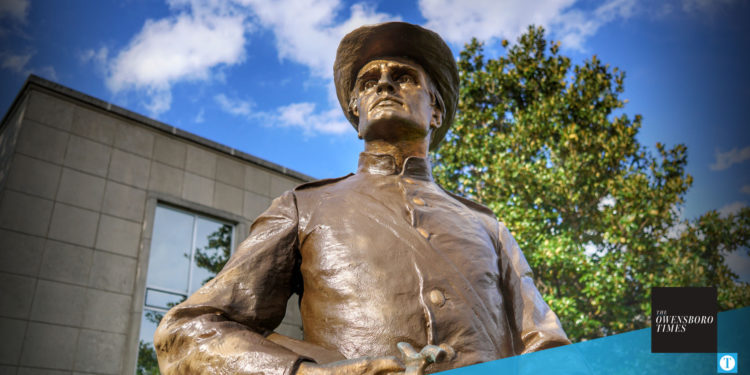 While most of the interaction on our poll about the future of the Confederate monument simply involved a spiraling discord among the top commenters in the Owensboro Times comment section, there were 577 people who took the poll. Of those submitting a vote, 55% think the monument should stay while 45% think it should move — whether it be to storage, a museum, another outside location, or the bottom of the river.

Note: This poll will have no direct influence on what will be done regarding a potential relocation, but was meant to help give the community a platform to share their opinion.

The ruling of ownership was made April 30 in a 16-page document issued by Judge Lisa Payne Jones (read more here). The Kentucky Division of the United Daughters of the Confederacy claimed they owned the monument, but in her ruling Jones was thorough and adamant that is not and has never been the case.

The votes in our poll broke down as follows:

Most of the comments were not actual suggestions, but instead were arguing about the history of the monument and whether or not it represented racism in some fashion.

Here are a few of the comments that had at least some relevance to the actual poll, or gave us a laugh:

The UDC has a 30-day window to appeal the decision. County attorney Claud Porter previously said Fiscal Court will not take any action prior to closure of that 30-day window. As of May 10, no decision had been announced regarding a potential appeal by UDC.

Home » Features » Community » What you said: Community’s comments, votes about what to do with the Confederate monument