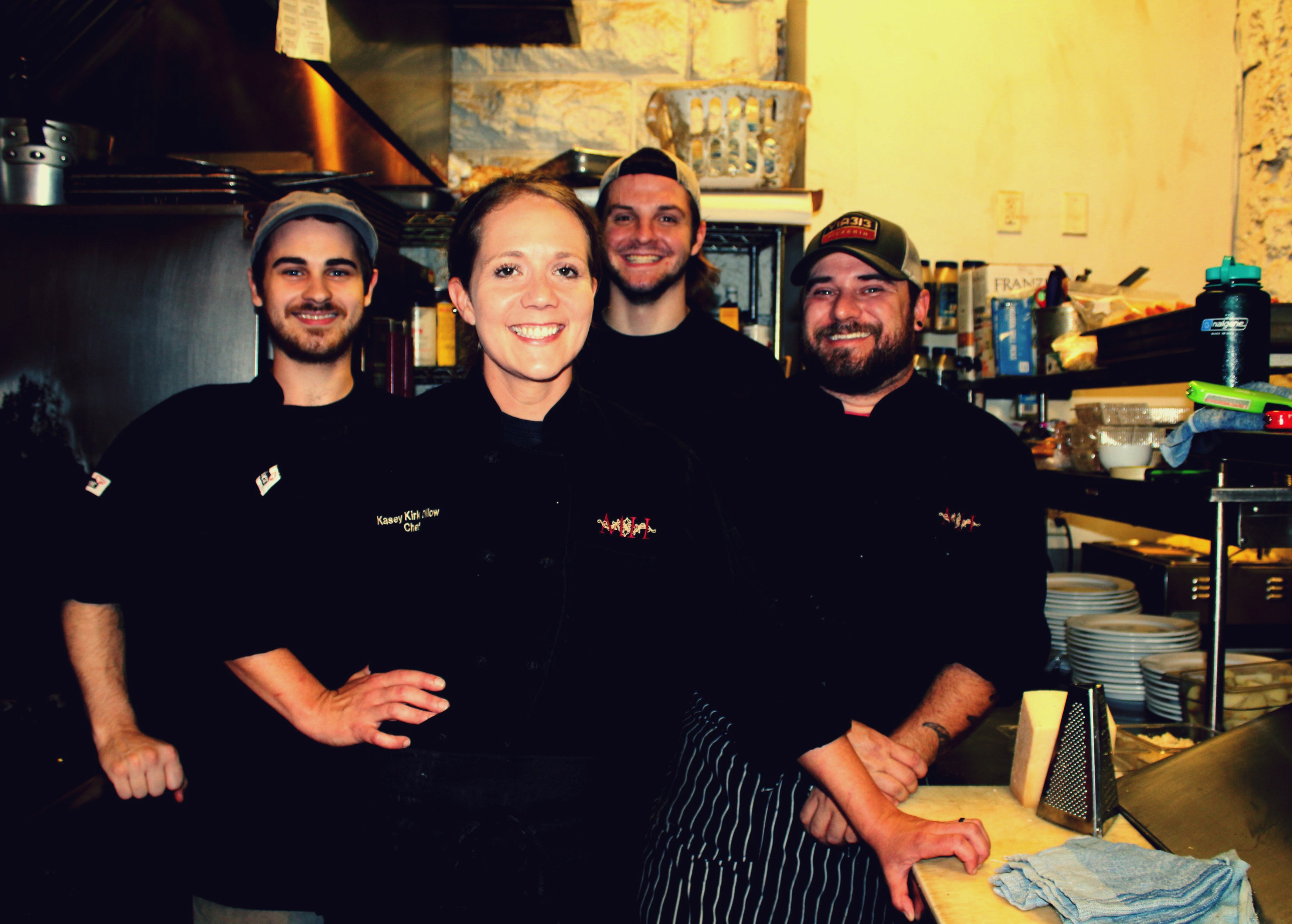 Kasey Kirk Dillow, the head chef at The Miller House, will tell you that she wanted to be a chef or a photographer for as long as she can remember.

The former Kentucky Wesleyan College soccer player and communications major even went so far as to have her own darkroom growing up. It wasn’t until she had the opportunity to study abroad in London, England that her appreciation for food truly began to take shape. Halfway through her degree at Wesleyan, Dillow decided to pursue culinary school in Louisville.

“It wasn’t really a decision,” Dillow said. “It was just the next move.”

While Dillow has never looked at being a chef as a “male-dominated” field, it quickly became evident that it was.

Dillow recalls a time that she was working as a server in Louisville and was blatantly told by the chef that there was “no way” she could ever work in the kitchen.

Determined to accomplish her goal, Dillow worked in a variety of food-related jobs including preparing meals for Whole Foods and working as a catering manager in North Carolina. For a while, Dillow thought that leaving Kentucky might provide bigger opportunities. Her biggest opportunity began to take shape in 2006, after her dad retired and her parents purchased the Miller House.

After looking at several properties, her parents purchased a “nearly condemned” house on 5th Street. What was once the historic home of Elmer and Elizabeth Miller became a chance for Dillow to return home and fulfill her dream.

“My parents had no restaurant experience,” Dillow said. “I thought I had all this vast knowledge — but I had no idea.”

Dillow moved back home in Sept. 2007, just one month before “a tornado took half of the restaurant down.” Over the next year and a half, the Kirk family worked to restore the damaged home and finally opened for business on May 22, 2009.

“The first year was so hard,” Dillow said. “It took everything we had.”

The restaurant will celebrate 10 years this May. Dillow attributes the success of the Miller House to the hard work of her family and their staff.

“I can’t say enough about the staff we have here,” Dillow said. “We all get along. When the shift’s over, no one takes anything home.”

Dillow currently works with an all-male staff in the kitchen and has for the majority of the over nine years the restaurant has been open. It doesn’t seem to be an issue for her though, or for the men she works with.

Ian Simpson has been working in the kitchen with Dillow for the last three years.

“Kasey is definitely one of my favorite bosses I’ve ever had,” Simpson said. “She knows how to operate a restaurant — there’s a lot to be learned from her.”