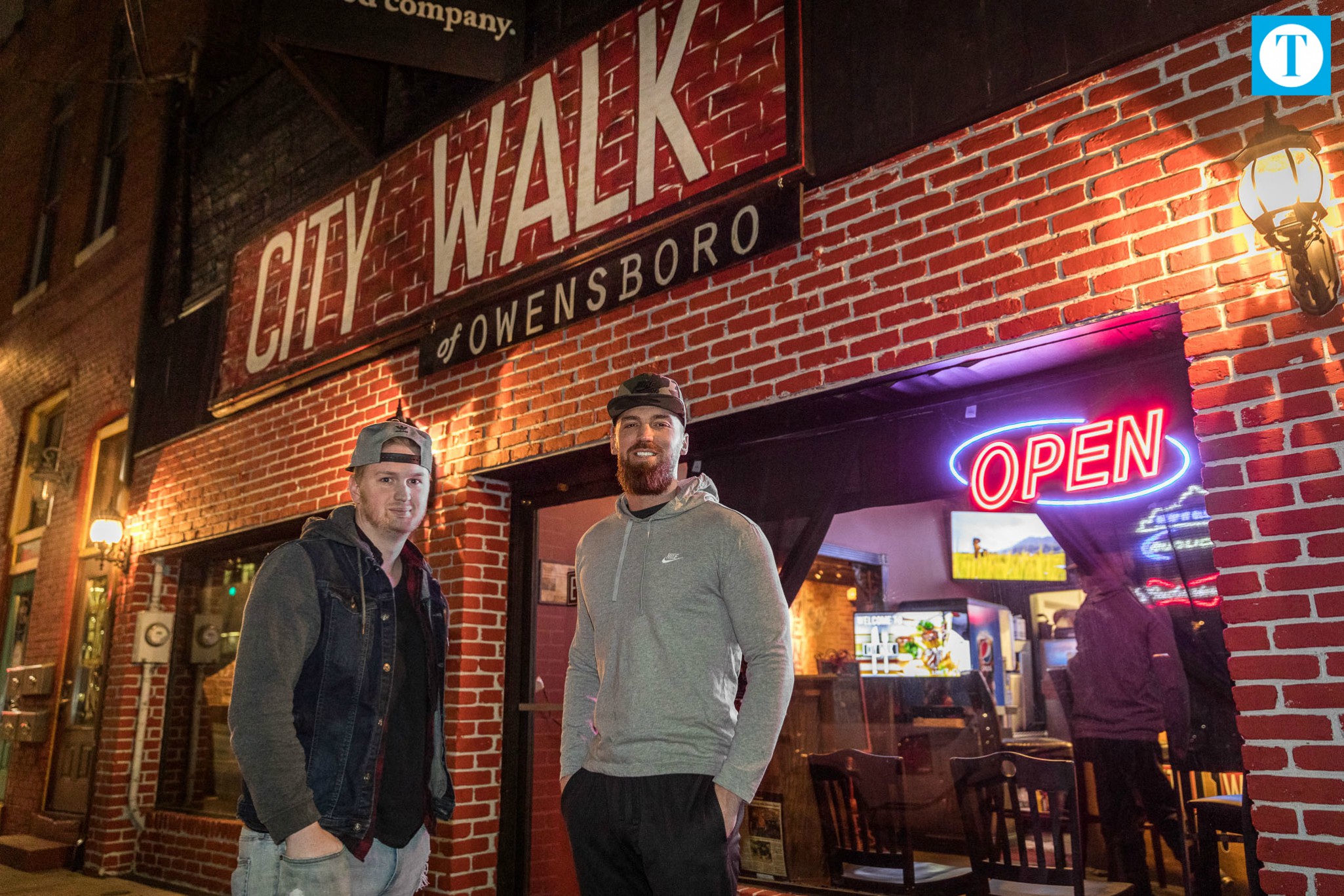 The sons of Chef Anthony Tong, formerly of Gabe’s Tower and Chef’s Kitchen, Travis and Trevor Tong were practically born with restaurants in their blood.

While Travis did attend business school, he said he has learned his best lessons through the successes and failures of hands-on restaurant management. The former owner of Brickhouse Pizza and The Local, Travis said he and his brother Trevor learned what and what not to do when running a restaurant.

“I think we nailed it on the atmosphere [at The Local],” Travis said. “As far as being prepared and knowing what it takes to run a full-service restaurant, I wasn’t there yet.”

Drawing on The Local’s strengths of atmosphere and decor, as well as input on menu item creation from their kitchen staff, the Tong brothers seemed to have found the secret to dining success tucked in near the alley of 222 Allen Street at the City Walk of Owensboro.

“We wanted to keep the menu traditional for the area with offerings like meatloaf, catfish and fried chicken,” Travis said, adding that the “appetizers are more diverse, higher-end and unique.”

Overall, the brothers said that business is going really well, with the restaurant serving over 10,000 customers in the last six months.

“That’s saying a lot with only 11 tables for service,” Travis said. “And we have a Facebook rating of 4.9 out of 5 with hundreds of reviews.”

While the numbers are certainly in their favor, they are in no hurry. Both brothers agree that taking their time to do things right at City Walk has played a huge factor in their success.

“Our food was okay at The Local, but over here it’s different,” Travis said. “It’s easier to have something small where you can take your time with each table and really put out quality food…We focus on the guests — they are number one.”

Travis said that one of the biggest lessons he learned at The Local was that the restaurant business is a lot more of a hospitality business — “where people need to feel like they’re at home.”

While business has been incredibly successful over the last year, and even more so over the last six months since they’ve added dinner hours, there is an aspect of “home” that City Walk provides that most people seldom see.

On a Monday during lunchtime, there were three tables seated. One table was composed of five businessmen, and the other two, Travis said, were homeless men that walked in looking for something to eat. Interestingly enough, on this January afternoon, the two gentlemen were not handed a brown bag and turned away. They were seated and fed by the owners, something Travis says happens at least once a week.

“It has been more or less living downtown and being downtown and realizing how bad the situation is here for homeless people,” Travis said, “and just really having compassion for them.”

Travis pointed to two names that were written on the brick wall in marker of two gentlemen that he said each roamed the streets for a few weeks before moving on — he said they fed them every day.

Trevor said that, while the winter months are traditionally slow for restaurants, especially the month of January, it has not been so for City Walk.

“We had our second busiest week last week — weird for January in the restaurant business,” Travis said, causing the two to hopefully anticipate the busyness of summer and the customers that events like Friday After 5 might bring.

With experience in catering and strength in marketing, the two brothers are also expanding those two sides of their business.

When asked about the over feeling of leaving The Local behind and embracing their success at City Walk, Travis credited the learning process.

“We learned a lot and lost a lot,” Travis said. “That’s what makes for a great comeback.”