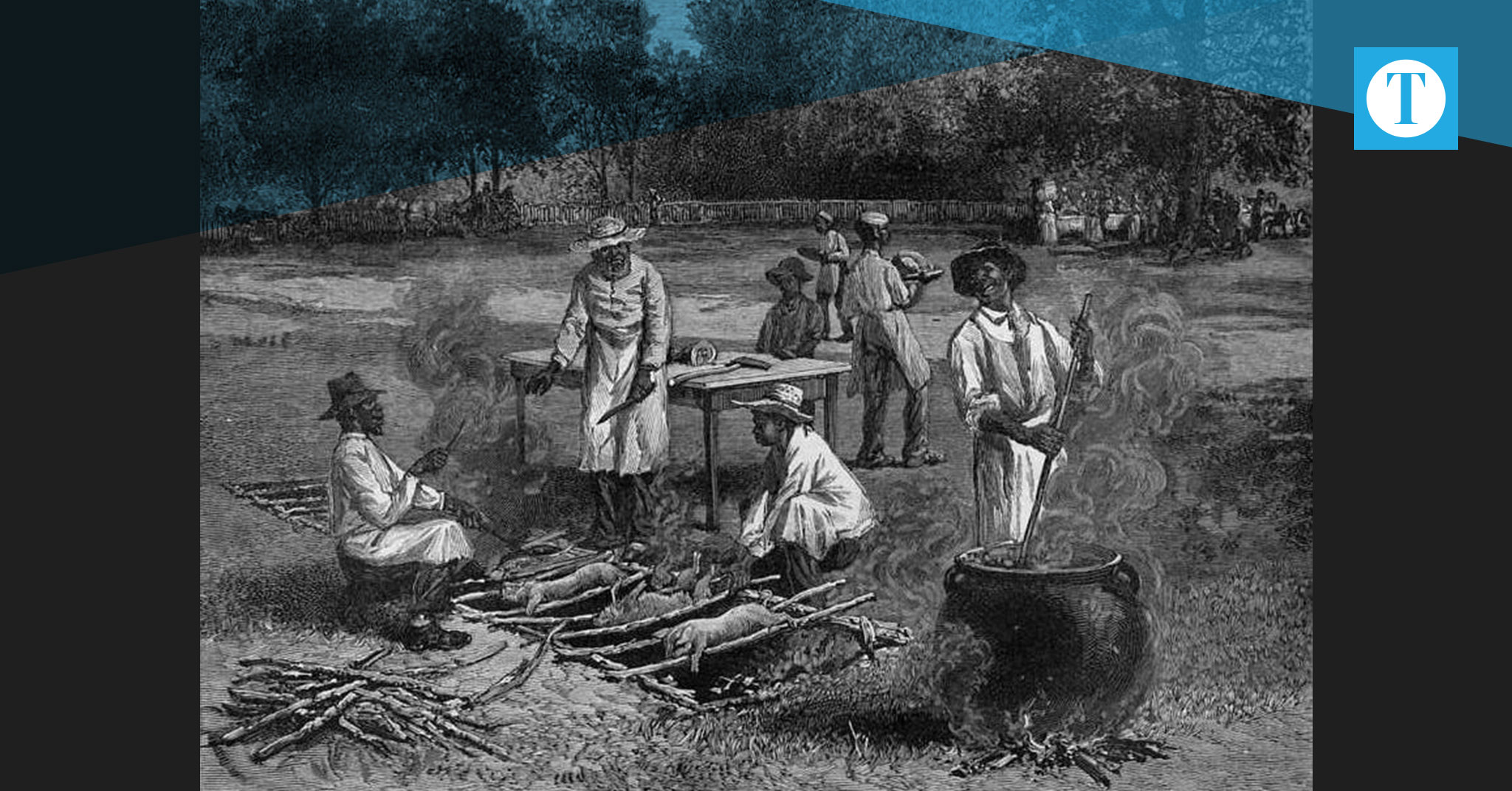 For decades, barbecued mutton in Daviess County was something that, for the most part, was celebrated at a parish picnic or church fundraiser – that is, until Harry Green arrived. | Horace Bradley - a wood engraving from a sketch by Horace Bradley, published in Harper's Weekly, July 1887

The beginnings of Daviess County’s barbecue history are obscured by the veil of time. Historians are not certain when the first large public barbecues began, or where they were located. But two things are certain about Daviess County’s most famous food tradition – that even by the 1820’s, large barbecue picnics in the summer were very common, celebrated far and wide and that mutton was definitely the meat of choice. For decades, barbecued mutton in Daviess County was something that, for the most part, was celebrated at a parish picnic or church fundraiser – that is, until Harry Green arrived.

Green was likely born into an enslaved family, on Jan. 21, 1855 in Breckinridge County, Kentucky. In 1882, Harry and his wife Harriet Johnson Green moved to Owensboro where she worked as a housekeeper and he took up work in tobacco, eventually working as a stemmer at the American Tobacco Company’s factory on Walnut Street – what we now know as the Cigar Factory Complex.

All of the Green’s four children, William, Beth, John and Pearl (a boy) were born in Owensboro. Sometime in the late 1880’s, to help make ends meet, Green cooked up the perfect side business at his home at Ninth and Hall Streets.

He started preparing barbecue for sale in the late 1880’s, cooking the meat for many hours in a pit that he dug and tended right in his own yard. At first, he had only cooked for his family and friends. But the word – and especially the smell – spread fast and soon people throughout the area were stopping in to buy some of the delectable mutton. Owensboro’s first commercial barbecue venture was born.

Folks seemed to prefer the taste of Green’s barbecue. In short order, he became the “barbecuer of the Daviess County Fair” and for over thirty years, Green, with the help of his family, prepared and sold up to 1,000 pounds of mutton at the fairgrounds each season. The Catholic parishes also started to hire him to cook during their annual church picnics. In fact, his mutton was so popular that churches discovered including his name in their advertising was guaranteed to bring in larger crowds. One such poster read, “Harry Green, the veteran barbecuer, will superintend the cooking of 50 choice lambs for St. Peter’s Catholic Church Picnic.”

Kentuckians take their food and drink seriously and Green was an artist at work. For many years, he traveled to Louisville the first weekend of May, to prepare his barbecued mutton for post-Derby celebrations. The family’s side business was becoming the family’s main business and Green’s barbecued mutton was known throughout the Commonwealth. His barbecuing expertise earned him the title of “without a superior in the state.”

Green continued to cook well into his 60’s, dying just a month after his last fair on Oct. 6, 1922. His grave can be visited at the Greenwood Cemetery located at 1821 Leitchfield Rd.

After Green’s death, his son Pearl carried on with the family barbecue business until December 1938, when he became the first African American to serve with the Owensboro Police Department. The family’s secret recipe now appears to be lost to history, but Harry Green’s legacy is strong and thriving in Owensboro and Daviess County.