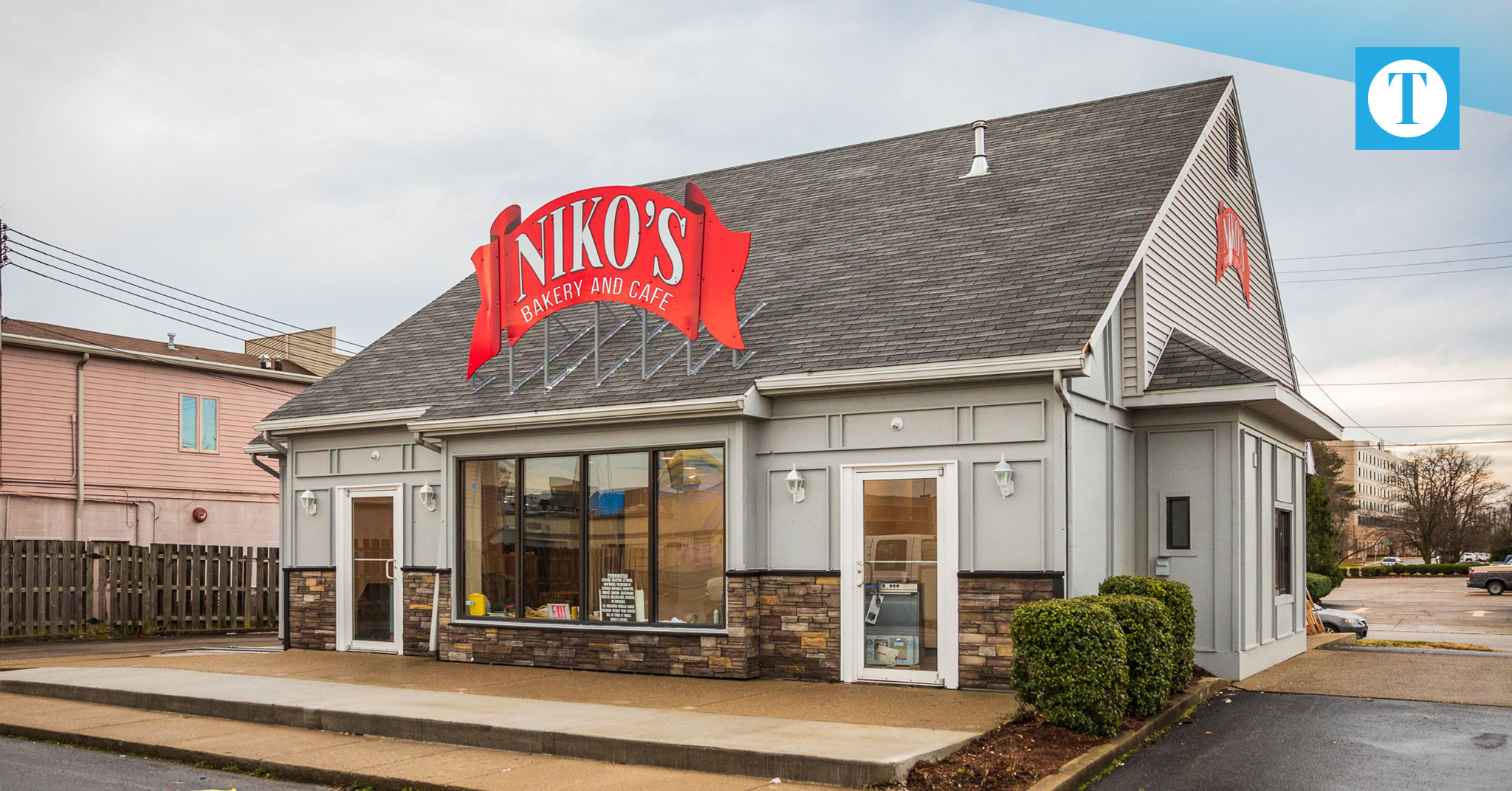 UPDATE: After a successful “soft opening” for friends and family on Saturday, Feb. 16, Niko’s bakery has announced its grand opening date for Friday, Feb. 22.

The large red ribbon bearing the words “Niko’s Bakery and Cafe” went up on the newly remodeled building that sits at 601 Emory Drive in Wesleyan Park Plaza, the former Fantastic Sam’s building. When the bakery posted a photo of the sign on Facebook, followers were abuzz with comments of excitement and anticipation of the bakery’s opening.

Owner Lola Nousiadis and her son Christo Nousiadis, along with Chef Matt Weafer, have been anxiously awaiting the opening of the new bakery location for the better part of 2018. But, as 2018 comes to a close, there is still much anticipation. From permitting, to construction equipment, there have been several unanticipated details that have delayed the project from an opening prior to Thanksgiving until after the beginning of 2019.

“This has been a labor of love for several months,” Weafer said. “That’s why we’ve been working hard to get it right. So that when that ‘open’ sign goes on, everything flows seamlessly.”

Since the restaurant was unable to open before the Thanksgiving holiday as originally anticipated, the bakery continued to accept and fulfill pastry and dessert orders out of Niko’s Italian Restaurant at 2200 East Parrish Avenue.

The posted list of sweets and breads available ranged from chocolate croissants and almond-butter cookies, to baklava and rosemary romano focaccia. According to Christo Nousiadis, the espresso macaroons were also very popular.

In addition to traditional European and Greek artisan breads and croissants, Niko’s Bakery and Cafe will also offer desserts and pastries as well as breakfast and lunch. The menu will feature fast and casual, traditional Greek dishes, sandwiches, soups, salads, Greek yogurts, espresso drinks and smoothies.

“We do not have an open date set yet, but we are working on it,” Weafer said. “We want to make sure we do everything right because we know Owensboro is excited and we are excited to be open.”

Prior to the bakery’s opening, if you would like to inquire about the special orders or baked goods, call Niko’s Italian Cuisine at 270-852-1618.