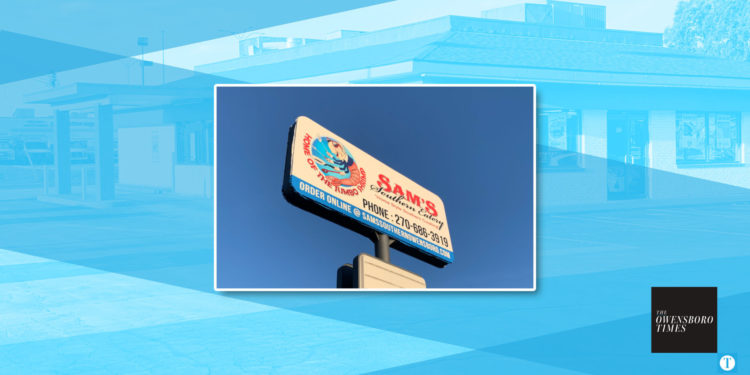 Sam’s Southern Eatery on West Parrish Avenue won’t be permanently closing after all. Following an Owensboro Times report about the decision to close their doors for good, Sam’s received an outpouring of support that led the owners to announce they would reopen the restaurant following a temporary closure.

“We saw how to community reacted to us closing down so the franchise decided to keep it open under new management,” current co-owner Moe Iweinat told Owensboro Times Friday morning. “Sam’s has made deals with local food sourcing companies that offer quality food at competitive prices making it affordable to our customers.”

A reopening date has not yet been determined.

Earlier this week, the current owners said they were shutting the restaurant down, with Iweinat saying at the time it was “because business has been slow, but mostly because prices were going so high that increasing our prices would do more harm than good.”

The restaurant offers a wide variety of menu options including seafood, burgers, chicken and gumbo, as well as Southern sides and appetizers. Their full menu is available on their Facebook Page.

Iweinat and fellow current co-owner Moses Ibrahim previously said they opened Sam’s because they wanted to “bring the New Orleans experience up north” and offer some Cajun flavor.