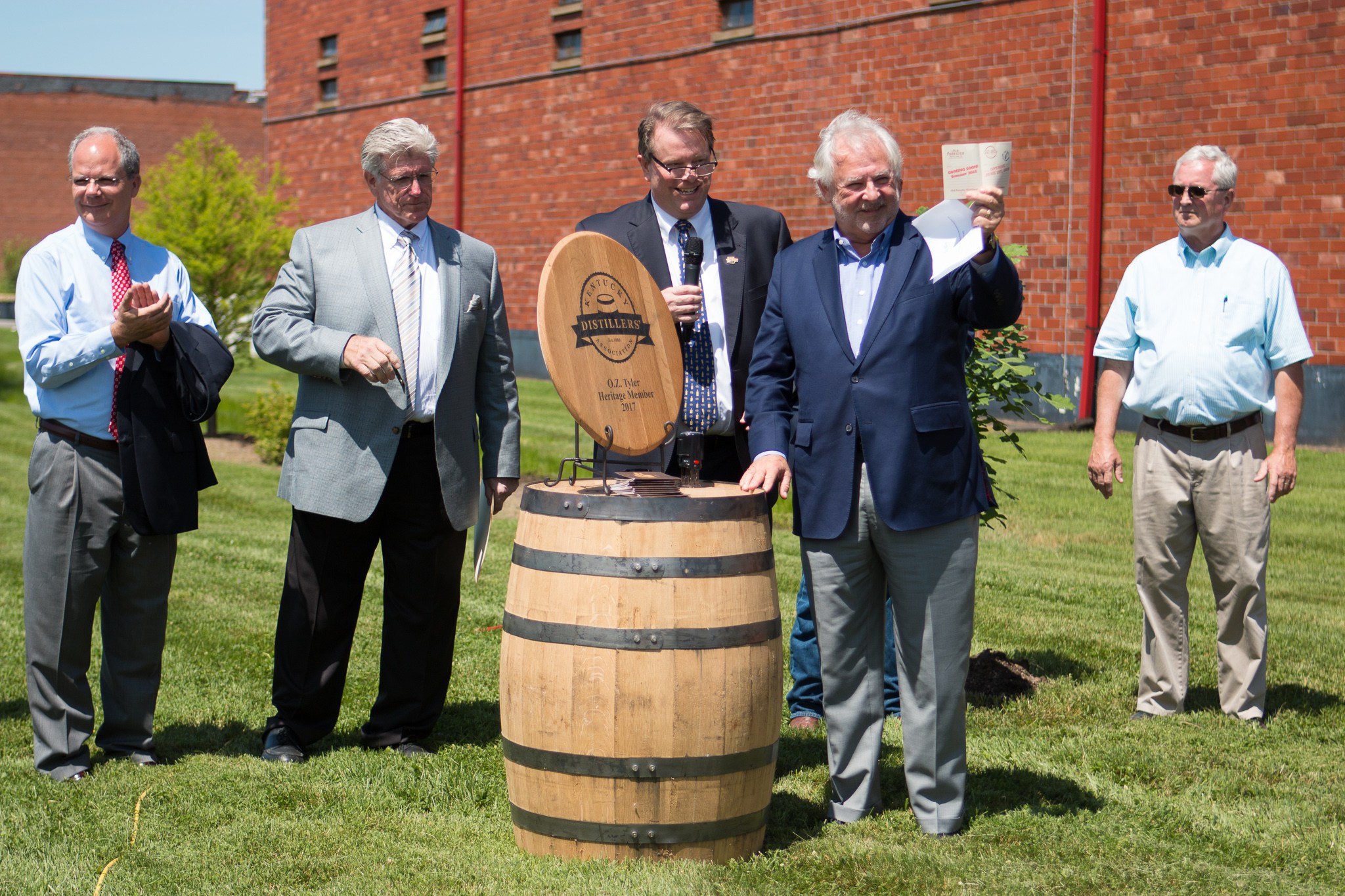 Today, local bourbon distillery, O.Z. Tyler, became the 11th stop on the Kentucky Bourbon Trail. In a tree planting ceremony on the distillery grounds, community members gathered to witness the monumental accomplishment for O.Z. Tyler Distillery, raising a glass of bourbon to celebrate the event.

“I did not think that being 150 miles away from the epicenter of the bourbon trails meant that it had a lot of relevance for us here,” Hewlitt said. “Now, that was my bad, actually. Because after we got the renovation done in August 2016, I by then had realized how strategically Owensboro was placed between two heavily traveled interstates. And we are uniquely positioned on the western edge of the Bourbon Trail.”

Congressman Brett Guthrie was also present for the event. “Having Owensboro is a part of the Bourbon Trail is important with everything that’s going on downtown and in the community,” Guthrie said. “I will be proud to tell my friends that Owensboro is a great stop to make on the Kentucky Bourbon Trail.”

“I like to say every day that Owensboro touches the world, and today is a great day for Owensboro and Daviess County as we do touch the world with bourbon,” Calitri said. “At Visit Owensboro, we see O.Z. Tyler as the western gateway to the Kentucky Bourbon Trail. Our message is going to be real simple to the world: You start here, or you end here, but we want you to stay here and experience everything we have to offer.”

George Wathen spoke on behalf of the Daviess COunty Fiscal Court, mentioning that O.Z. Tyler has not only been a great source of tourism, but has also changed the lives of 50 employees that now have good jobs thanks to the distillery.

Mayor Tom Watson declared June 4, 2018 O.Z. Tyler Distillery Day with an official mayoral proclamation, commemorating the day with the planting of an oak tree, symbolic of the oak barrels needed for the aging of Kentucky bourbon, and stamping a Kentucky Bourbon Trail passport with the O.Z. Tyler stamp.