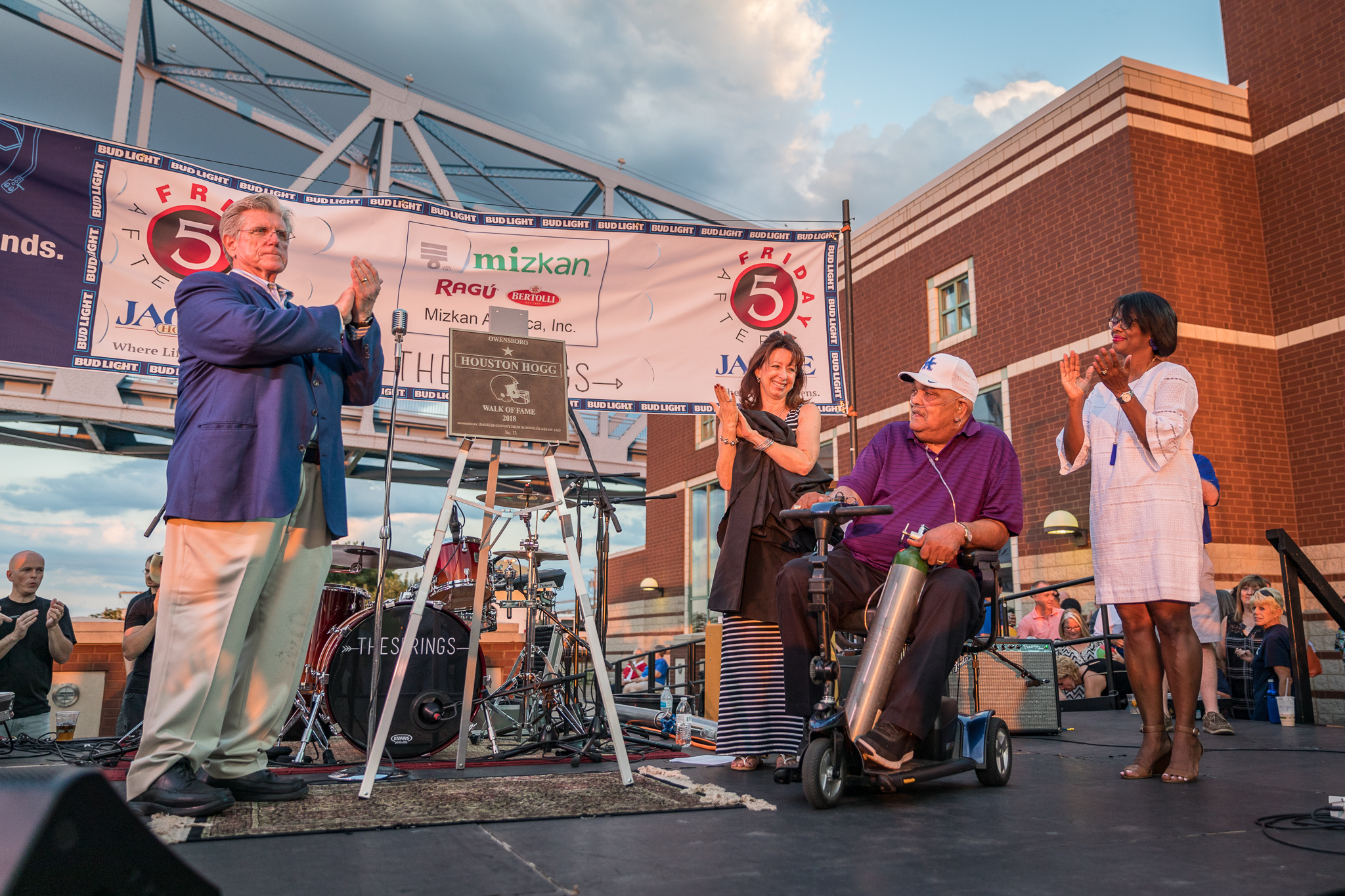 Mayor Tom Watson and Foundation for DCPS Executive Director VIcki Quisenberry present Houston Hogg with his Walk of Fame plaque, which will be placed near the judicial center on the south side of 2nd Street | Photos by AP Imagery

Houston Hogg was inducted into the Owensboro Walk of Fame on Friday, July 27, at a ceremony on the Jagoe Homes Patio Stage at the RiverPark Center during Friday After 5. The event was sponsored by the Foundation for Daviess County Public Schools in collaboration with Houston’s Daviess County High School graduating class of 1967.

Houston Hogg is best known for breaking the race barrier in the Southeastern Conference (SEC), when he was one of four African Americans to sign to play football for the University 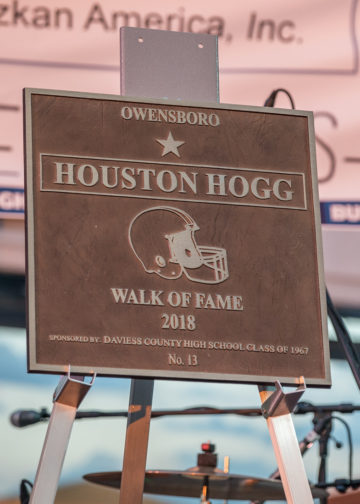 of Kentucky in 1967. But what some may not know is that after his four years at UK, Hogg gave up football, returned to Owensboro and met his wife, Deborah. They raised six children, who have given them 19 grandchildren, and the Hoggs have opened their home to over 200 children in the last 25 years. It is because of the character Houston Hogg has displayed, both on the gridiron during a time of racial inequality and in the Owensboro community by supporting children in foster care, that led his DCHS classmates to pursue the Walk of Fame honor for Hogg.

“They made me real proud,” Hogg said after Friday’s ceremony. The Class of 1967 also created the Houston Hogg Youth Fund, in which 100 percent of donations received are used for food, clothing, shelter and necessary school supplies for underserved children in Owensboro.

Hogg was able to reconnect with DCHS classmates at both Friday’s event and at the Black in Blue event the following evening, where Owensboro got the first sneak peek of the documentary that Hogg’s UK teammate, Paul Karem, produced.

One of those teammates, Willis McClure, who is in his 48th year of coaching the Lady Egals basketball team, reminisced with Houston about the day the two met. Houston transferred to DCHS his senior year from Hazard, Kentucky, and McClure, the captain of the DCHS football team, remembers the first day Hogg stepped onto the field. During an Oklahoma drill, where players are tested in a confined, full-contact situation, Hogg accidentally “cold-cocked” McClure, leaving the captain with a broken nose and black eye.

“I knew then how good he was,” McClure said. “There was something special about him.”

And when Houston tried to apologize to Willis for the injury 51 years prior, McClure quickly stopped him. “I enjoyed every minute of playing with you,” Willis told his former teammate.

Hogg’s Walk of Fame plaque, will be placed near the judicial center on the south side of 2nd Street, joining 11 other plaques in downtown Owensboro, forever cementing Houston Hogg as one of Owensboro’s most notable citizens. 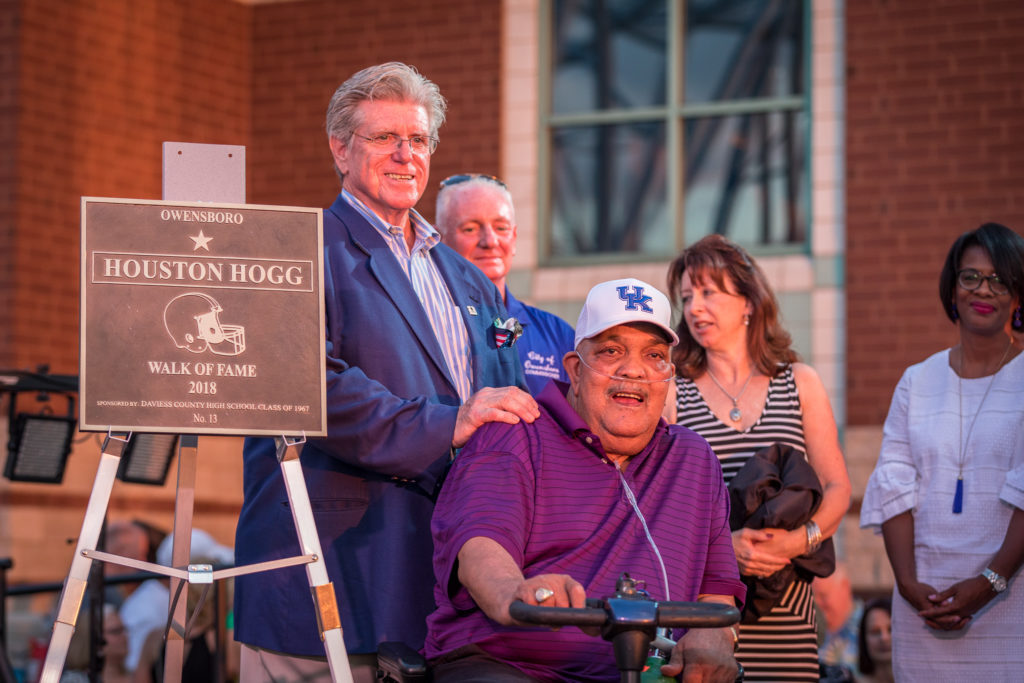