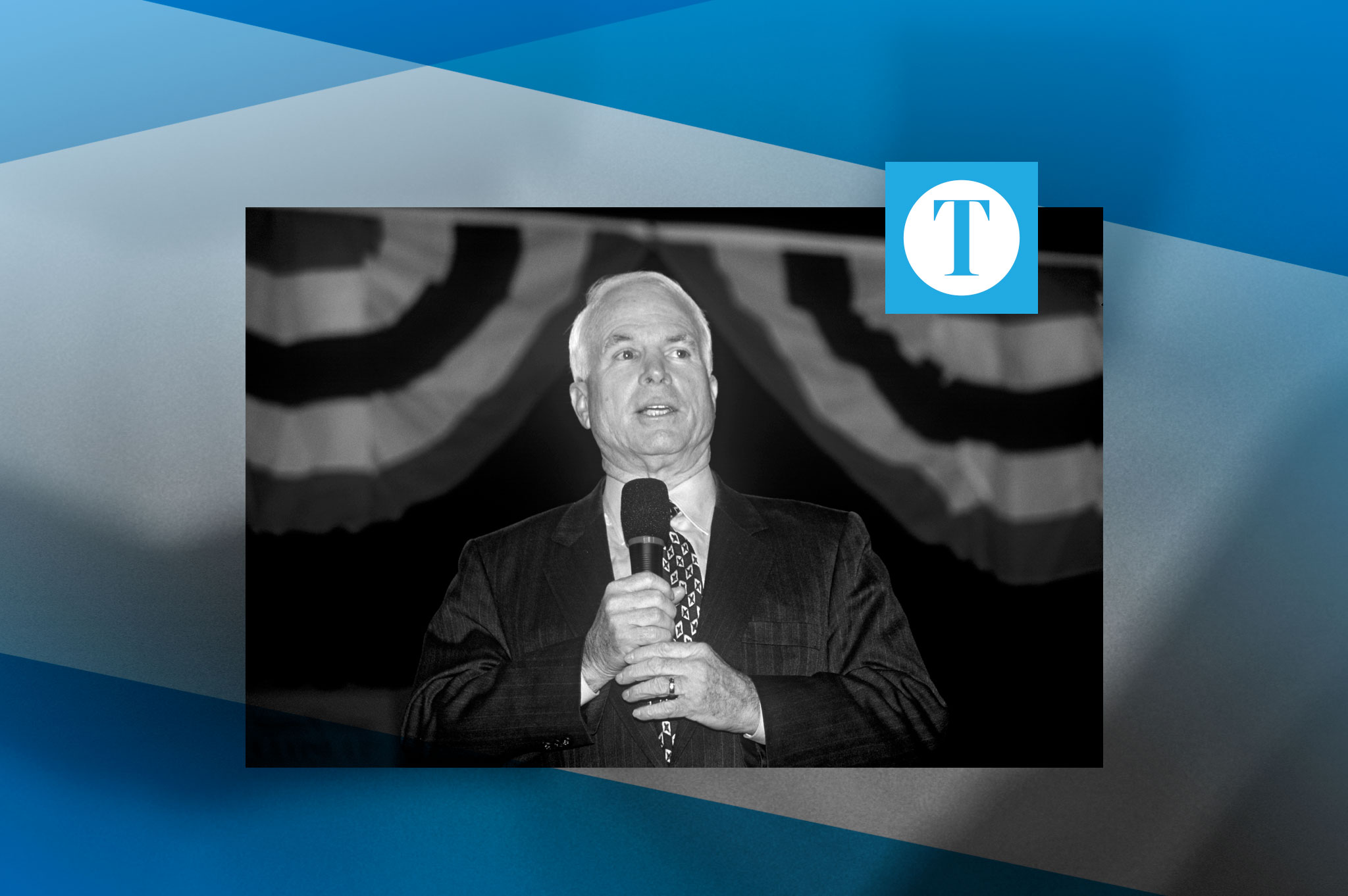 This week people across the nation are sending out their thoughts and condolences for Arizona Senator John McCain who died on Saturday, August 25 from a malignant brain tumor. The 81-year-old senator was most popularly known as a Vietnam prisoner of war and hero, a vice presidential and presidential candidate and a senator of Arizona for almost 30 years.

While Sen. McCain never lived or worked in the city of Owensboro, there are several people who had the opportunity to meet the man who served his country for a combination of 60 years, including military and public service.

David Helmers graduated from Apollo High School in 1986, and, in 1991, went to work for then-junior Sen. Mitch McConnell for three years before attending law school at the University of Kentucky.

At the time, both Sens. McConnell and McCain’s offices were on the first floor of the Russell Senate office building. Helmers recalls seeing Sen. McCain often when delivering memos to the senator’s office across the hall.

With 100 senators in the building, Helmers found that they “all have a story, and they all are interesting stories, but some are more interesting than others.”

“As a kid from Owensboro,” he found the stories of former astronaut John Glenn and “bonafide war hero” McCain to be the most interesting.

Helmers said that Sen. McCain had “a reputation of a being a war hero at that point in time,” which “added to the aura of who he was.”

Trey Pippin, now married with a family of his own, was a senior in high school the first time he had the opportunity to meet Sen. McCain.

Pippin was a young Republican with an affinity for politics when he was invited to attend a “McCain for President” fundraiser in 2008. This was their first meeting of several. Pippin was present when Sarah Palin revealed McCain as her running mate, and he also had the opportunity to intern for Sen. McConnell for a summer.

When asked what Pippin remembered most about McCain, he said, “I was appreciative that he was gracious to me as a young student. He recognized that I was interested and took the time to talk to me and take a picture.”

As far as whether or not the senator had an impact on him, Pippin said, “Like many others have said, I appreciated him and respected him as a statesman…He was the first person I ever voted for for president.”