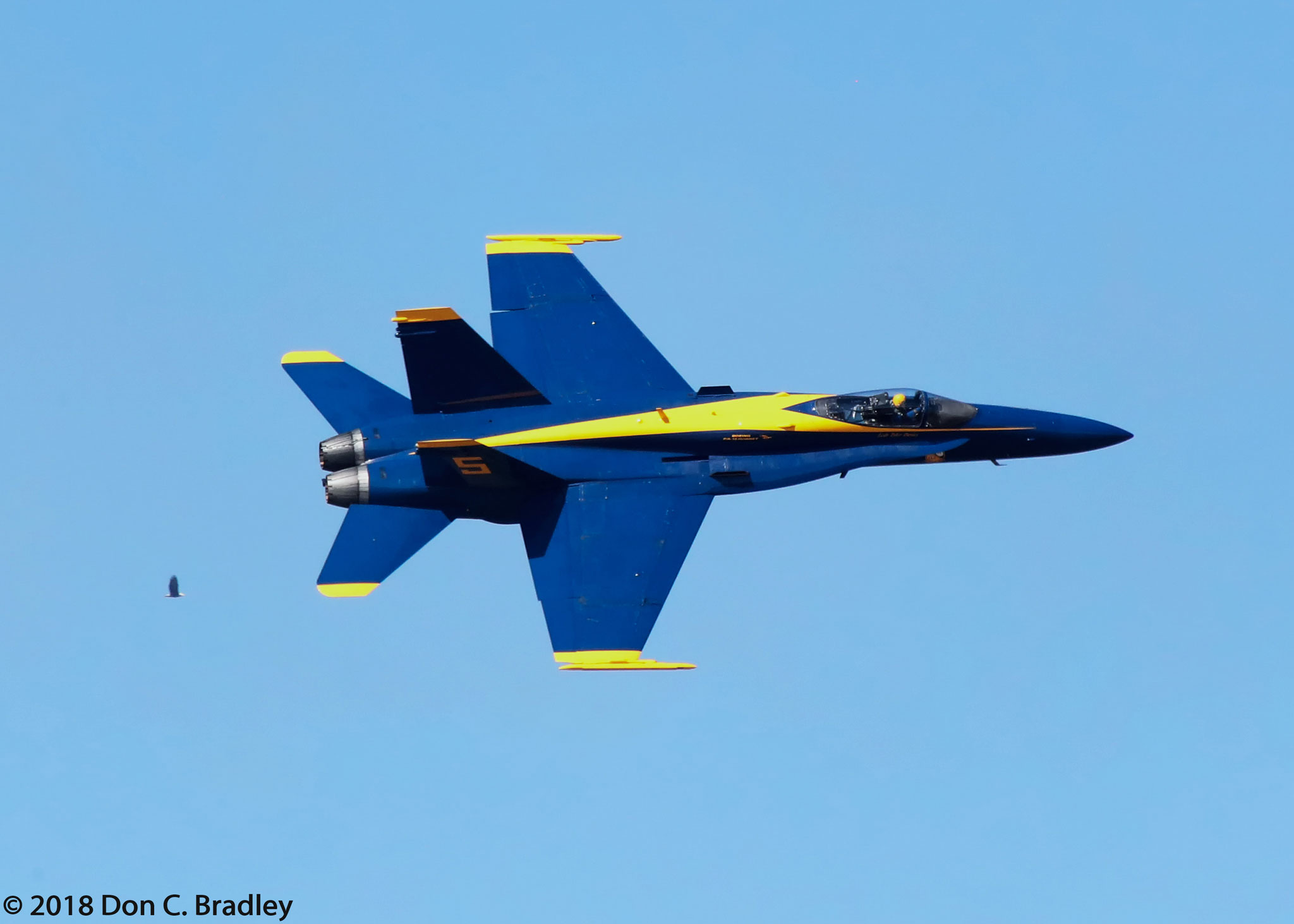 During the practice run of the Blue Angels on Thursday for the Owensboro Air Show, photographer Don Bradley of Owensboro captured more than just a jet in his photo. If you look closely you’ll spot a bald eagle behind the jet. According to Don, there is a nest just across the Ohio River. Several other eagles have been spotted in Maceo and Don even spotted one in his neighborhood, Fiddlesticks.

The Kentucky Department of Fish and Wildlife Resources estimates that 164 pairs of bald eagles nested in Kentucky in 2017.

Advertisement
Home » News » A surprise appearance at the Air Show