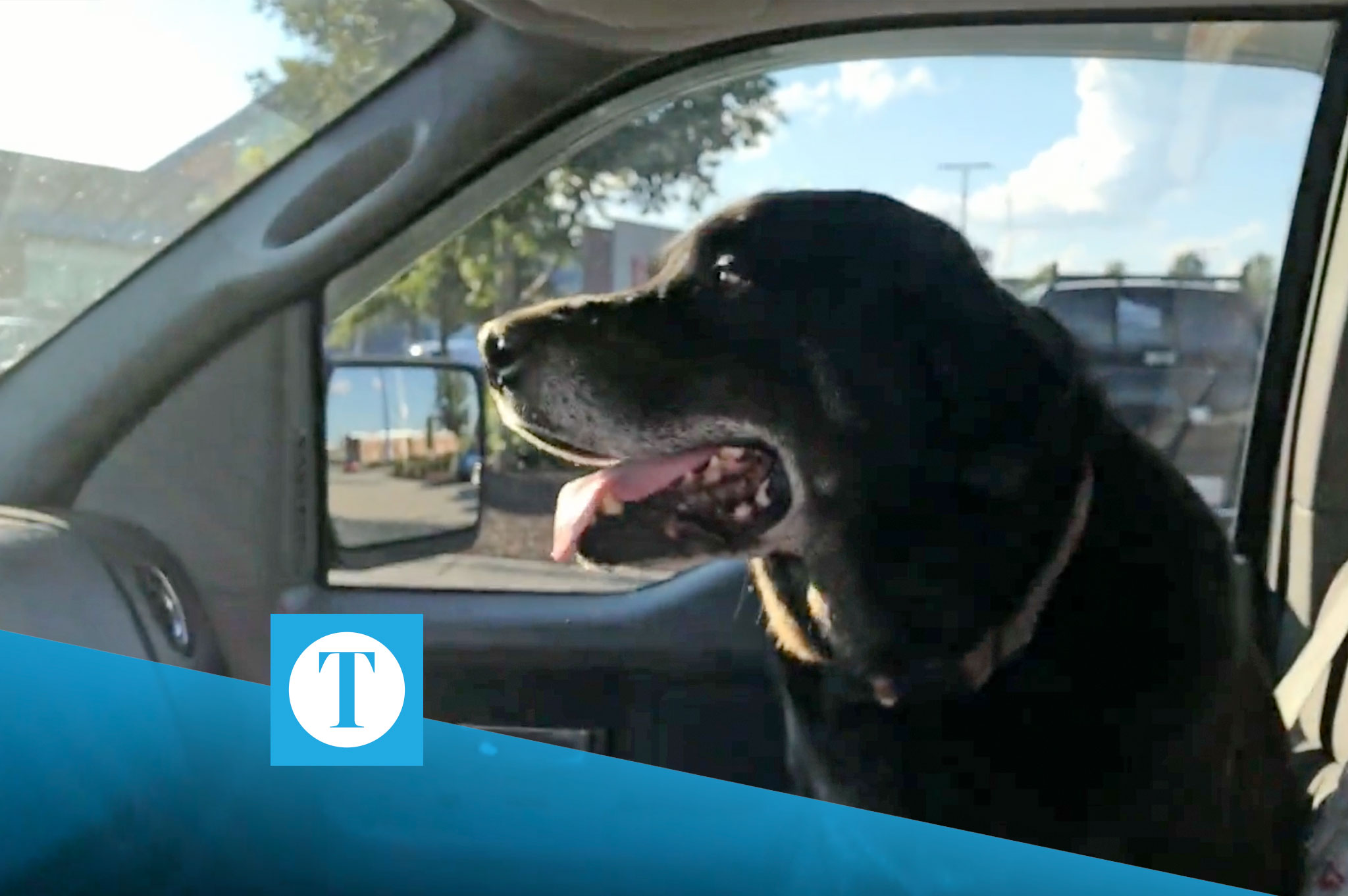 Paul Shearn was planning on spending his Labor Day the way he usually does, by going out to his Papaw’s farm to do a little camping and fishing.

Shearn stopped off at Meijer to pick up some burgers for the trip, he left the truck running, the air conditioning on and Elvis in charge. Shearn reminded Elvis to behave himself, ensured the truck was in park in its own space far away from other vehicles and headed into the store.

“I said, ‘Elvis, don’t go acting a fool and get people calling the cops on us,’” Shearn said, using a bit of foreshadowing before going inside Meijer for hamburger meat.

While Shearn was in the store, Meijer employee, David Adams, who usually works at the Evansville location, came out to the parking lot to investigate a report of a truck hitting a parked car. Adams quickly discovered that it was his car that had been hit and called the police out of concern for the dog and his vehicle.

“Wait a minute — that’s my car,” he said. “The dog was all calm, not barking…acting like it was no big deal,” Adams said.

When Shearn came out and saw the police car, he “wondered what idiot would park his truck so close to another car.” It took him only seconds to realize that it was his own truck, and his own dog, that had hit the other parked vehicle.

Shearn had a closed container of bacon grease sitting on the dashboard that he planned to use to season an old cast iron skillet while he was camping. He believes Elvis made an attempt to get to the bacon grease, causing the truck to engage into drive and go uphill approximately four to five parking spots before coming to rest against another parked vehicle.

“He just got a little bit of courage and a little snack to hold him over,” Shearn said.

Elvis was not injured, there was no damage done to the truck, and Adam’s vehicle only had minor damage to the driver’s side rear panel.

Shearn, who is a youth pastor at Christ Community Church, said once Adams came to terms with what had happened, they all couldn’t help but get a good laugh out of it.

“It was an experience,” Adams said laughing.

Even Officer Dunn, who was called to the scene, couldn’t help but chuckle at the fact that the dog apparently had to be at fault. Neither Shearn or Elvis were ticketed for the incident and continued on their journey out to the family farm in Philpot.

“I don’t know what God’s plan is in all of this,” Shearn said. “Maybe everyone needs a little more laughter.”