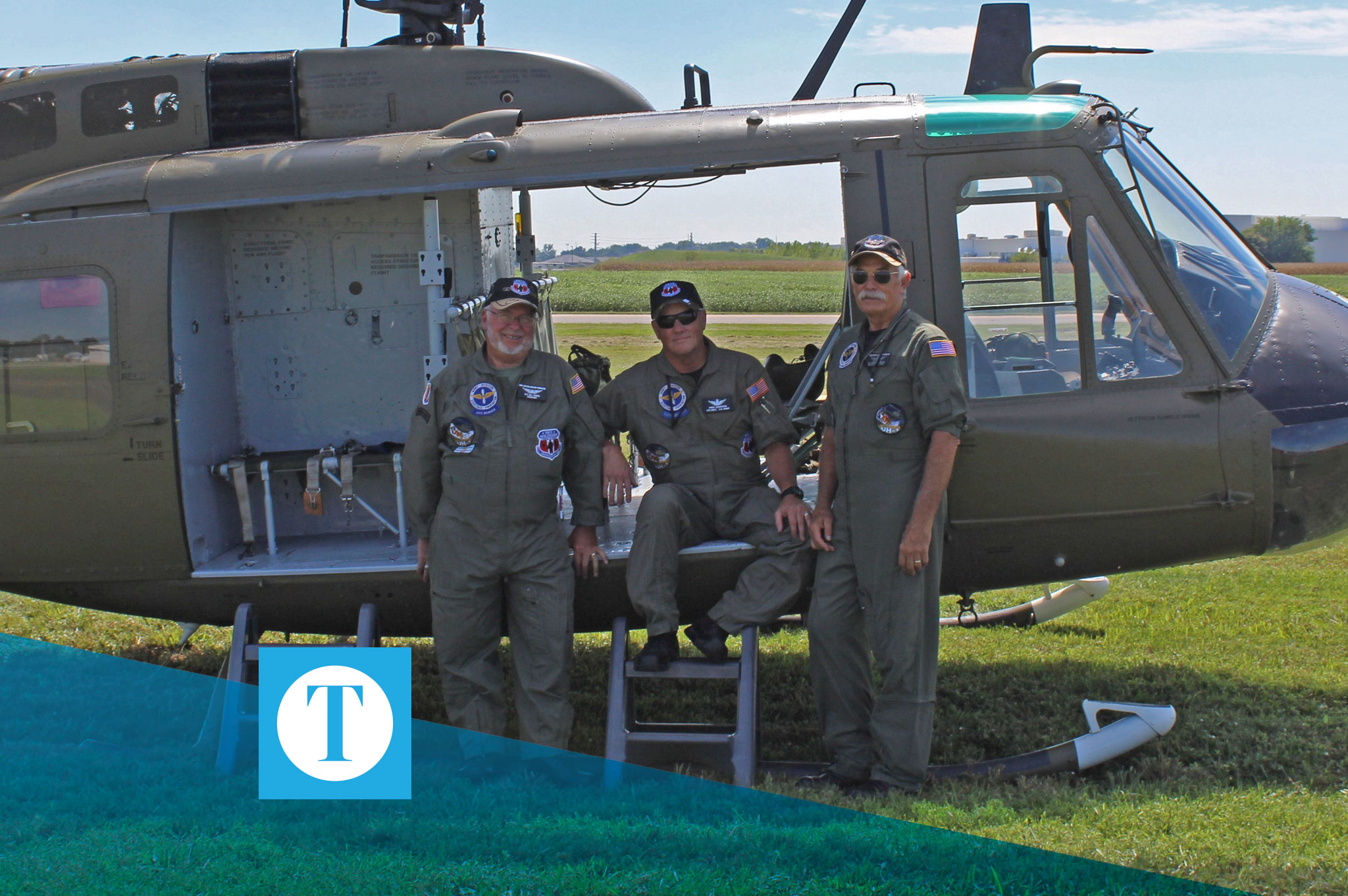 Veterans were invited to get the first ride on the Huey helicopter of the 2018 Owensboro Air Show. | Photo by Melody Wallace

On Fri., Sept.14, many made their way to the Owensboro-Daviess County Regional Airport to have the unique experience of viewing Owensboro from the seat of a Huey helicopter. But before civilians and families took to the skies, the Army Aviation Heritage Foundation opened up the first flight to veterans and members of the media. What most people don’t realize is that there were more veterans working as Huey crewmembers than there were veteran passengers.

According to their website, the Army Aviation Heritage Foundation is a non-profit organization, composed primarily of veteran volunteers, and their families, that utilizes flyable historic Army Aviation aircraft to connect the Army soldier with the American public. Whenever possible, the organization attempts to locate veterans in the area who have flight experience with similar aircraft and involve them in their efforts.

The pilot for this particular flight was retired Desert Storm veteran, Army Lt. Col. Fred Edwards, who is also the Director of Operations for the AAHF. Edwards hadn’t flown since retiring from the Army in 1999 until he received a phone call three years ago asking him to come to work for the foundation.

“I hadn’t flown in 23 years until I flew three years ago,” Edwards said. “I had to pinch myself. ‘Is this really happening to me?’”

Edwards’ co-pilots on the Huey were also retired Army and looked as comfortable as ever in their pea green jumpsuits maneuvering the aircraft and instructing the passengers in-flight. The support crew on the ground was made up of volunteers and veterans from a variety of backgrounds that share a common love of flying.

U.S. Navy veteran, Nick Hetman, reached out to several area veterans so that they would have an opportunity to participate in viewing Owensboro in the Huey 624 from sky level.

One of those veterans was retired U.S. Navy Crew Chief Steve Rogers, who now serves as the commander of VFW Post 696. Rogers wore his flight suit and helmet with pride as he escorted his wife on her first ever Huey ride.

“It was a great experience,” Rogers said. “It brought back a lot of memories.”

Huey rides will be open to the public on a first come, first served basis at the Owensboro Regional Airport main terminal during the 2018 Owensboro Air Show weekend.