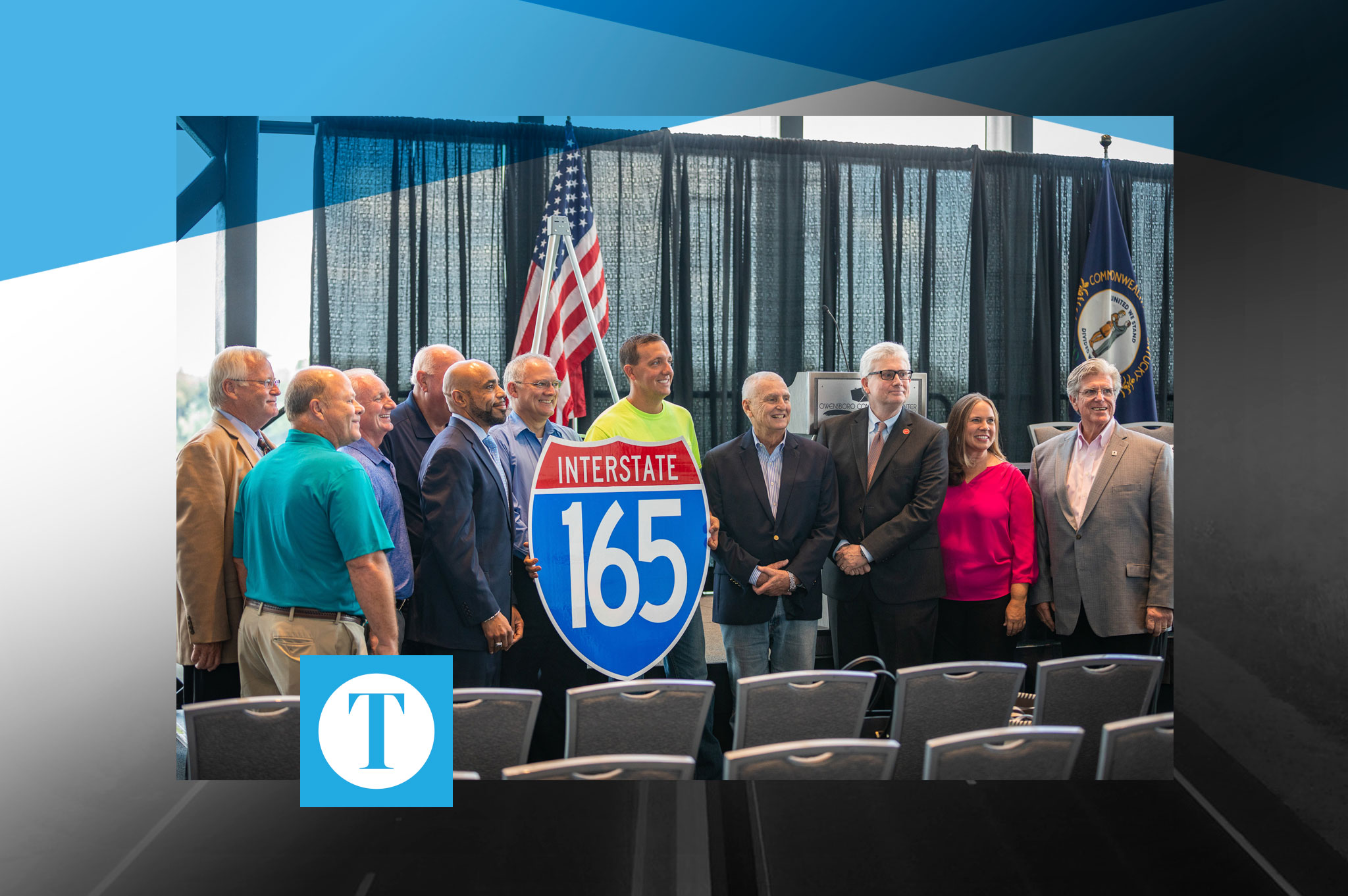 The Kentucky Transportation Cabinet announced today that I-165 connecting Owensboro to the I-65 interstate, would officially be expedited. The agreement to fast-forward the construction process and project came under a modified Interstate Conversion Agreement.

Wade Jenkins spoke on behalf of the Owensboro Chamber of Commerce at the Owensboro Convention Center, saying that Owensboro is geographically well-positioned, adding that the location serves as an asset to the community. However, Jenkins believes Owensboro must continue updating its infrastructure to maintain success.

“We’ve had many successes over the last few years,” said Jenkins. “The most noteworthy being the designation of the national parkway as an interstate spur. We know we have much more work to do, and we’re up for the job.”

According to the Kentucky Transportation Cabinet’s secretary, Greg Thomas, also part of the  Federal Highway Administration, the agreement signed last year required that the full work of the spur had to be under construction, and completed, before the route could be designated. However, Thomas and Federal Highway Administration Kentucky Division Administrator Thomas Nelson said the Kentucky Transportation Cabinet realized the importance in moving “a little quicker.

Thomas and Nelson modified the agreement to say that work had to be under construction or included in the State Transportation Improvement Plan (STIP) in order to get signs for the I-165 interstate distributed along the corridor as soon as possible.

As soon as the STIP is approved, which is projected to happen in October 2018, signs for the I-165 interstate can be placed along the roadway. Motorists could see those signs up by the end of 2019.

Senator Joe Bowen, who was at the announcement, said he was “overjoyed” about the forthcoming development of the I-165 interstate.

“This is a huge day for this community,” said Senator Bowen. “Not just for Owensboro, but for our whole area around here. We ought to be proud as a community that, finally, this project is going to come to fruition.”