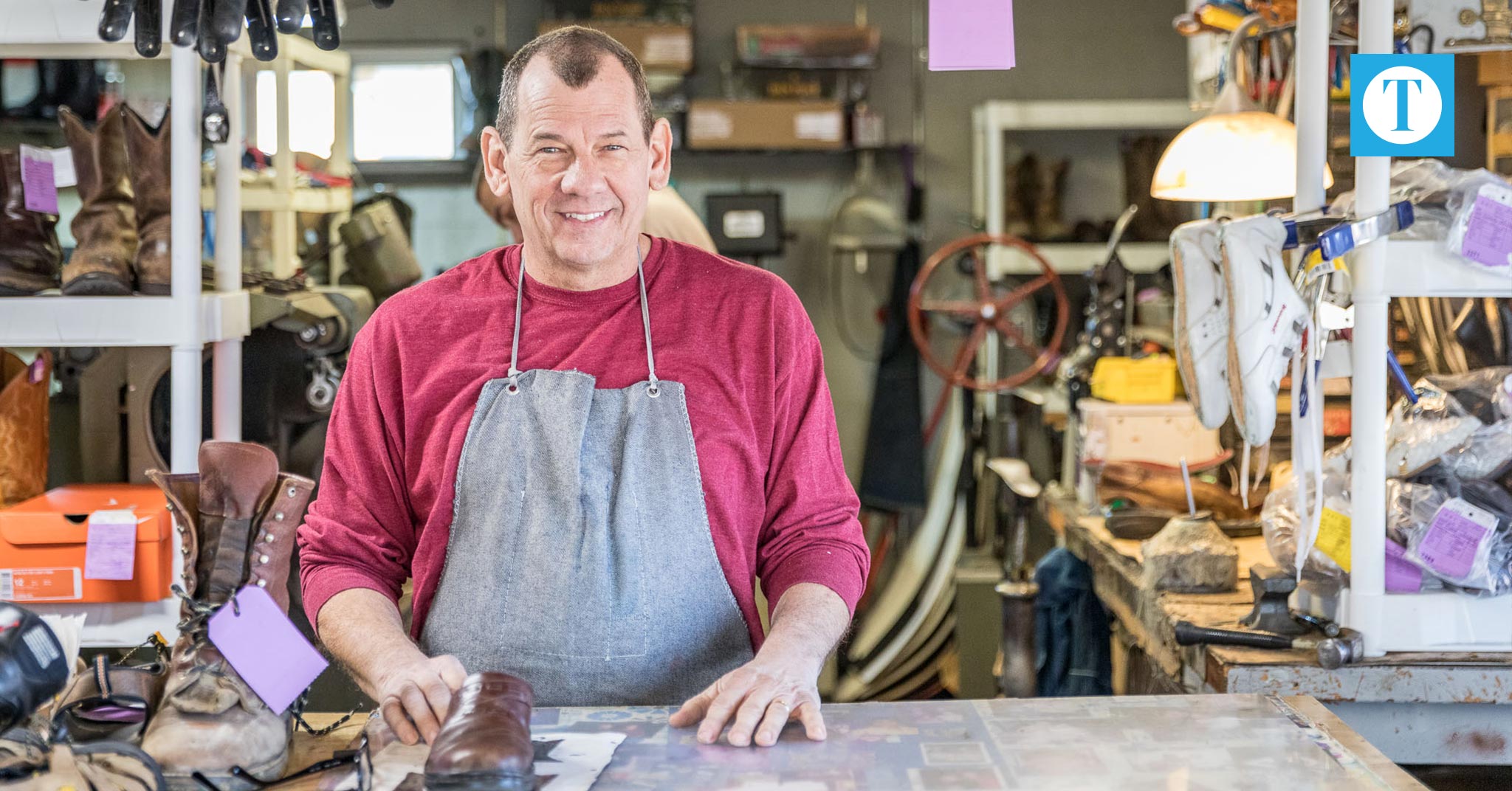 Terry Moss Shoe Repair has been servicing the Owensboro area for more than 70 years. | Photo by AP Imagery

Located at 1216 Triplett Street, Terry Moss Shoe Repair is now the only place in town where people can bring shoes or boots to be repaired. Since the closure of Raines Shoe Hospital in 2016, due to the passing of Don Raines, owner Terry Moss said that his business has increased.

“We used to fix anything people would bring in, purses, belts and backpacks,” Moss said. “Since Don’s business has closed, I can only fix boots or shoes. I have to turn down jobs every day. The only thing we’ll do with belts is punch a hole in them.”

“You can’t say much about shoe repair without talking about Raines,” Moss said.

Raines and Moss didn’t see each other as competitors but as friends.

“We worked together on things,” Moss shared. “Say I ran out of glue, I could go down to Raines’ and Don would fix me up. If his stitcher wasn’t running, I’d sew his boots up. If I had a job I didn’t have time to do, I’d send them on to Don.”

In fact, it was the Raines family who inspired Moss’s business. Moss’s grandfather, Jesse Frakes, learned all he knew about fixing shoes from Don Raines’s father. In the 1940s, Frakes delivered shoes on a bicycle for the Raines business.

“That’s where he got interested in shoe repair,” Moss said. “They kind of started it all for him.”

During World War II, Raines had a shoe shop at Fort Campbell to fix shoes for the armed services. Frakes went with Raines, and then returned to Owensboro to open his own shop in a dry cleaners store in the late 1940s. Moss said his grandfather rented a space three blocks from their current location at what was then called National Cleaners. Frakes built the current location for the business in 1971.

Frakes owned the business until 1981, when Moss took over.

“I bought the machinery from my grandfather and the building from my uncle. I was just 19 years old.” Moss said, adding that he knew early on that he wanted to follow in his grandfather’s footsteps. “My granddaddy always told me, you’ll never get rich, but you’ll always have a job! And I’ve always had a job.”

His own grandchildren are already hanging around the store like he did. His granddaughter, Addy, comes and cleans the shop for him every week. His grandson, Tavius, helps shine shoes, and the youngest grandson, Gavin, likes to play around the store.

Moss is humble and exudes kindness with customers.

“I have the greatest customers,” he said. “I just have to thank the good Lord for allowing me to be here. The Lord’s grace and mercy has allowed me to be where I am today.”

A member of the congregation that started the “Be Kind” movement in Owensboro, Cumberland Presbyterian Church, Moss recognizes the work of the Lord in his life and business, and lives out this timely refrain.

“I keep signs here at the store for people to get if the church isn’t open.” It’s a $10 donation for a “Be Kind” sign.

Some of the services Moss does at his shop include orthopedic shoe lifts, soles, stitching, heel repair, gluing, polishing, shining and basically any kind of repair to boots or shoes.

“Whether they’ve had a car wreck or a surgery that’s left their legs uneven, we help our customers with shoes that help them walk level,” Moss said. “My shop is the only place that does shoe lifts.”