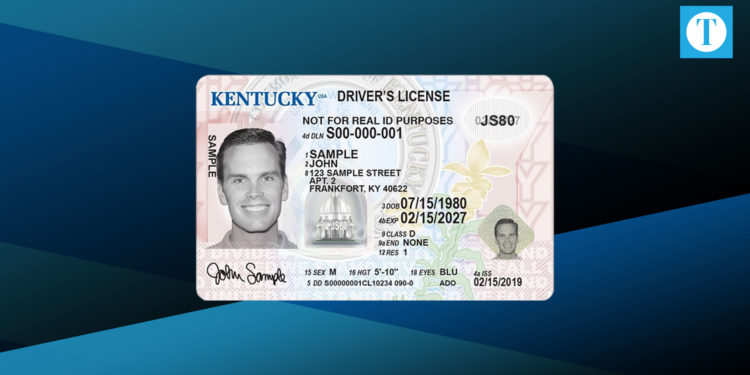 After technical problems and multiple delays, the Kentucky Transportation Cabinet is moving forward with their plan to establish regional centers for citizens to obtain Voluntary Travel IDs, Kentucky’s answer to meet the federally-required REAL ID, or airplane-friendly identification. Twelve locations have been identified across the state, but Owensboro is not one of them.

The initial 12 regional offices will be in Paducah, Madisonville, Bowling Green, Elizabethtown, Louisville, Lexington, Florence, Somerset, Manchester, Jackson, Prestonsburg and Morehead, with those facilities being operational as soon as early 2020.

According to Naitore Djigbenou, the executive director of the Office of Public Affairs for the Kentucky Transportation Cabinet, anyone from Owensboro wanting a Voluntary Travel ID would have to travel to Madisonville.

“Owensboro is not identified as a location during this initial wave of regional locations,” she said. “We hope to open up more locations in the future. KYTC did consider driving distances and state-owned buildings when identifying locations.”

KYTC originally planned to offer Voluntary Travel IDs through each county’s driver’s license office. When a pilot program was rolled out earlier this year, KYTC said long wait times and technical difficulties forced them to halt the program.

“Shifting our model to a regional model was the best path forward to ensure Kentuckians who want a Voluntary Travel ID can request one before the Oct. 1, 2020 REAL ID enforcement date,” Djigbenou said.

Circuit Court Clerk Jennifer Hardesty Besecker expressed her frustration with KYTC on social media after she discovered that Owensboro was not a regional center location in an article published by the Courier-Journal.

“This is extremely frustrating to read about through a third party and the information not communicated to us by KYTC,” she said in the Facebook post. “I have people calling me daily, messaging me on social media, texting me, and calling the office asking when we are getting the new licenses. It’s embarrassing to only respond with ‘I’m sorry, I don’t have that information.’”

Hardesty Besecker said asked the community for patience as she and her staff “deal with the ongoing issues with KYTC and the new travel licenses.”

Owensboro Times spoke with Hardesty Besecker after the social media post. She stressed that the Voluntary Travel IDs are not a requirement. Those that do not want to drive to Madisonville, once the regional center is operational and available to Daviess County citizens, can get a passport or passport card, which is what Hardesty Besecker said she personally plans to do.

A passport is an acceptable form of identification for international flights, while a passport card will work for domestic flights.

KYTC has said that Voluntary Travel IDs will cost $24 for four years and $48 for eight years.