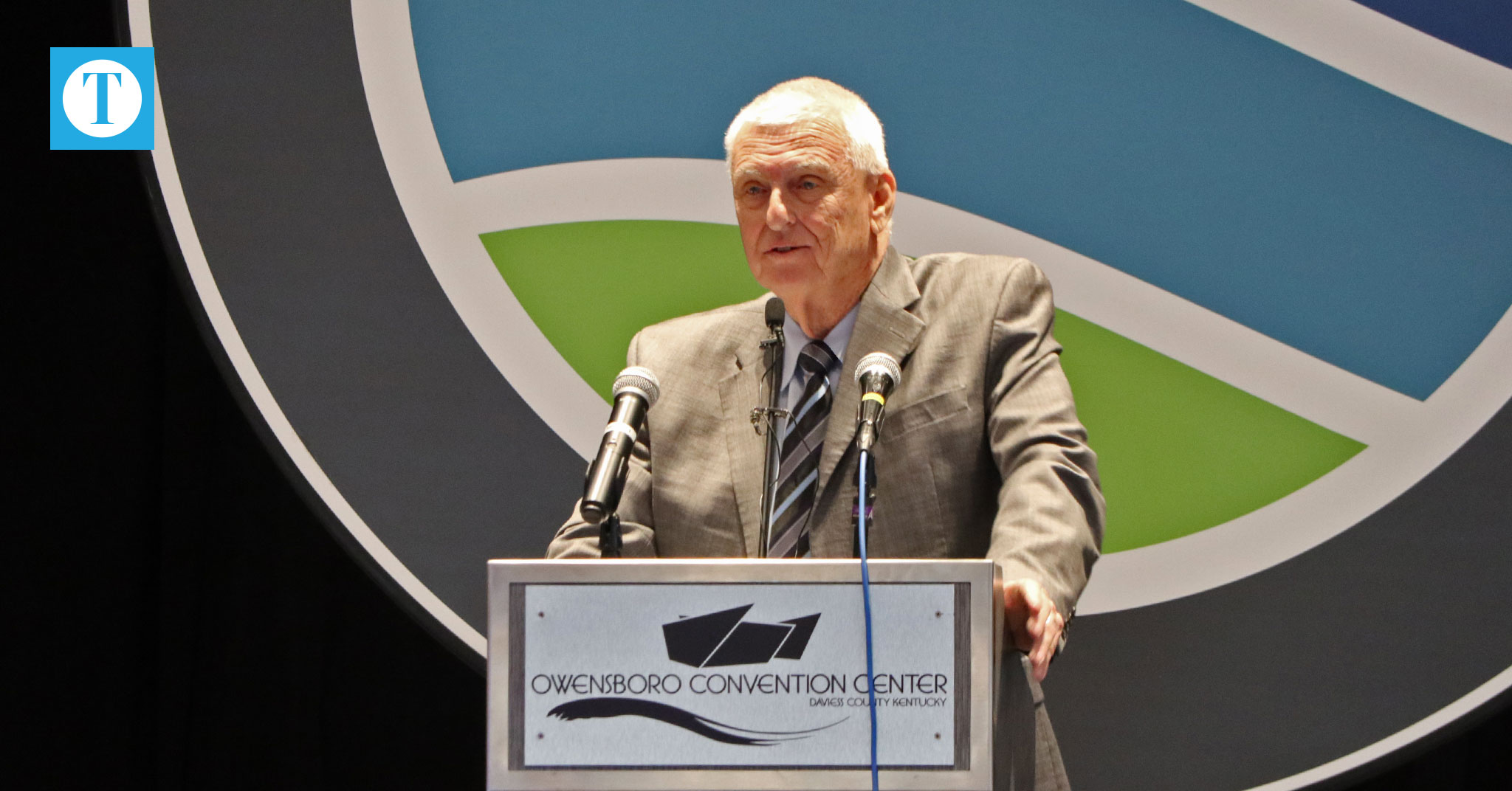 Daviess County Judge-Executive Al Mattingly addressed a packed house Thursday morning at the first Rooster Booster Breakfast of the new year. After a few minutes of giving a prepared speech, he switched directions and opened it up for questions from the crowd.

When asked what the top three priorities were for the county in the next decade after he has left office, Mattingly said the county will continue to focus on transportation and pursue options that allow people to afford healthcare in a way that won’t bankrupt families.

He said the county will also look into reforming the justice system in the next 10 years. Mattingly said people can’t continue to think the way folks did in the 20th century.

Another concern which the judge said he was surprised that came up during the Q&A was climate change.

“You can’t look at the data and say, no the climate is not changing,’’ he said. “The real question is what’s causing it to change? That’s the real issue.”