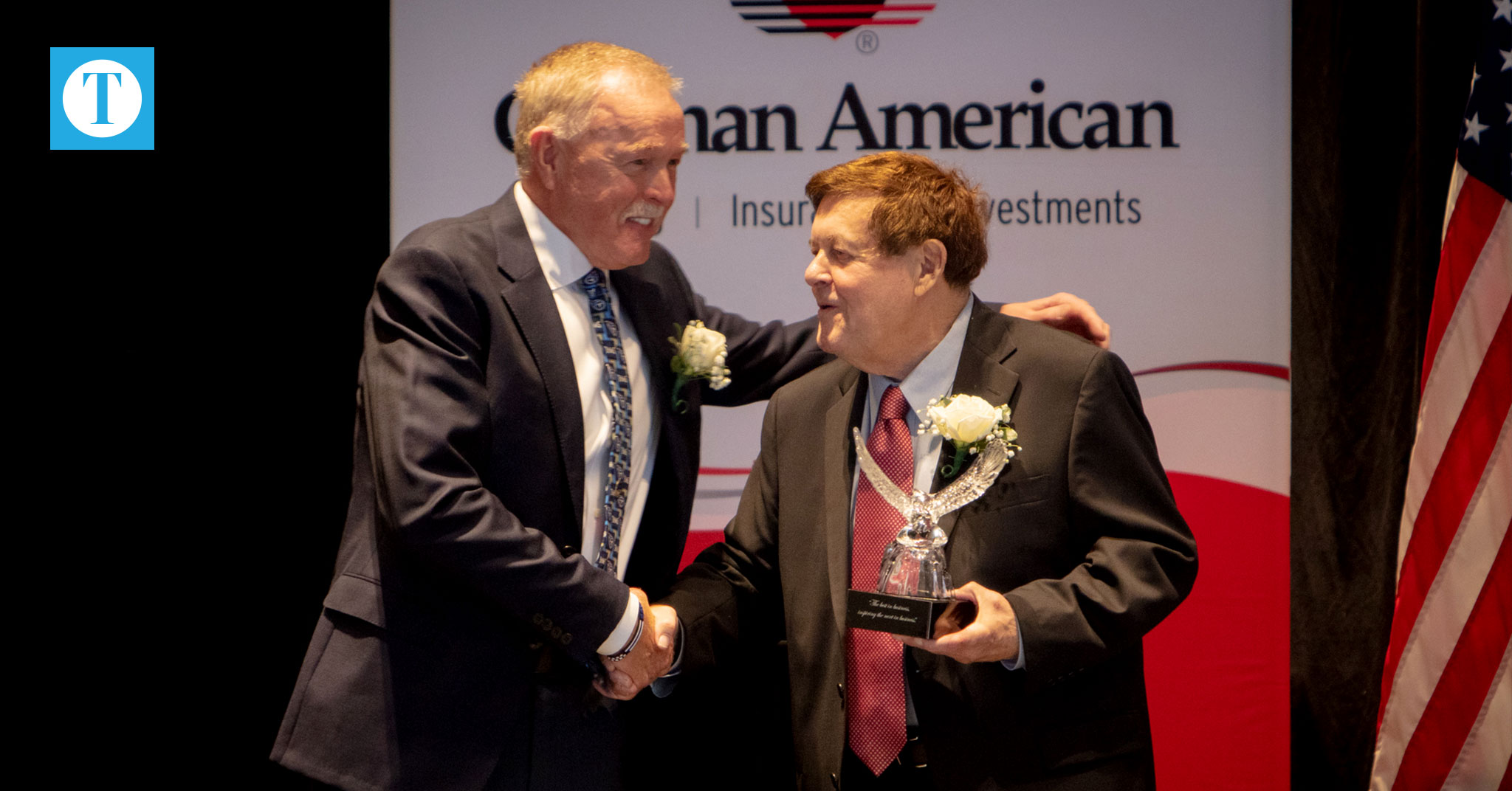 Three leaders were inducted into the Owensboro Business Hall of Fame during a luncheon at the Owensboro Convention Center on Tuesday.

The event drew nearly twice as many people as last year said Dan Douglas, president of Junior Achievement of West Kentucky — the organization who put together the event.

Jim Jones, President of Modern Welding Co. and the last surviving grandson of Barnard, spoke for his late-grandfather, detailing how the business came about.

According to Barnard’s biography, he visited downtown Owensboro in 1932 for a shopping excursion with his wife and the couple went to a small welding shop on Main Street. Barnard fell in love with the shop, bought it two days later, and the rest was history.

“We always had a sense of family,” which is why employees average 30 years with the company Jones said. “People tend to come and stay. So we’re always proud of that.” 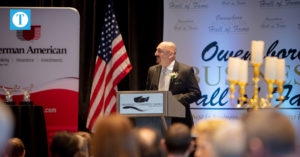 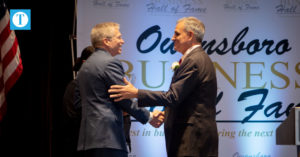 Horn then gave a brief speech thanking his two children and late wife of 45 years. He told the youth in the room that if a farm boy like himself could make it, then they can, too.

When Reid took the stage, he said his father risked everything to open Independence Bank. He added that many have worked hard and made sacrifices throughout the years to help it grow from a bank worth $1 million to $2.5 billion today.

“I don’t feel that I’m individually worthy of the Business Hall of Fame,” he said, attributing his success to all his employees.

The recognition is bestowed upon individuals for outstanding civic and business contributions to Owensboro.

Douglas said he doesn’t know why there were gaps years in the Hall of Fame timeline because there was different leadership then. He said he hopes to hold the program annually from now on.