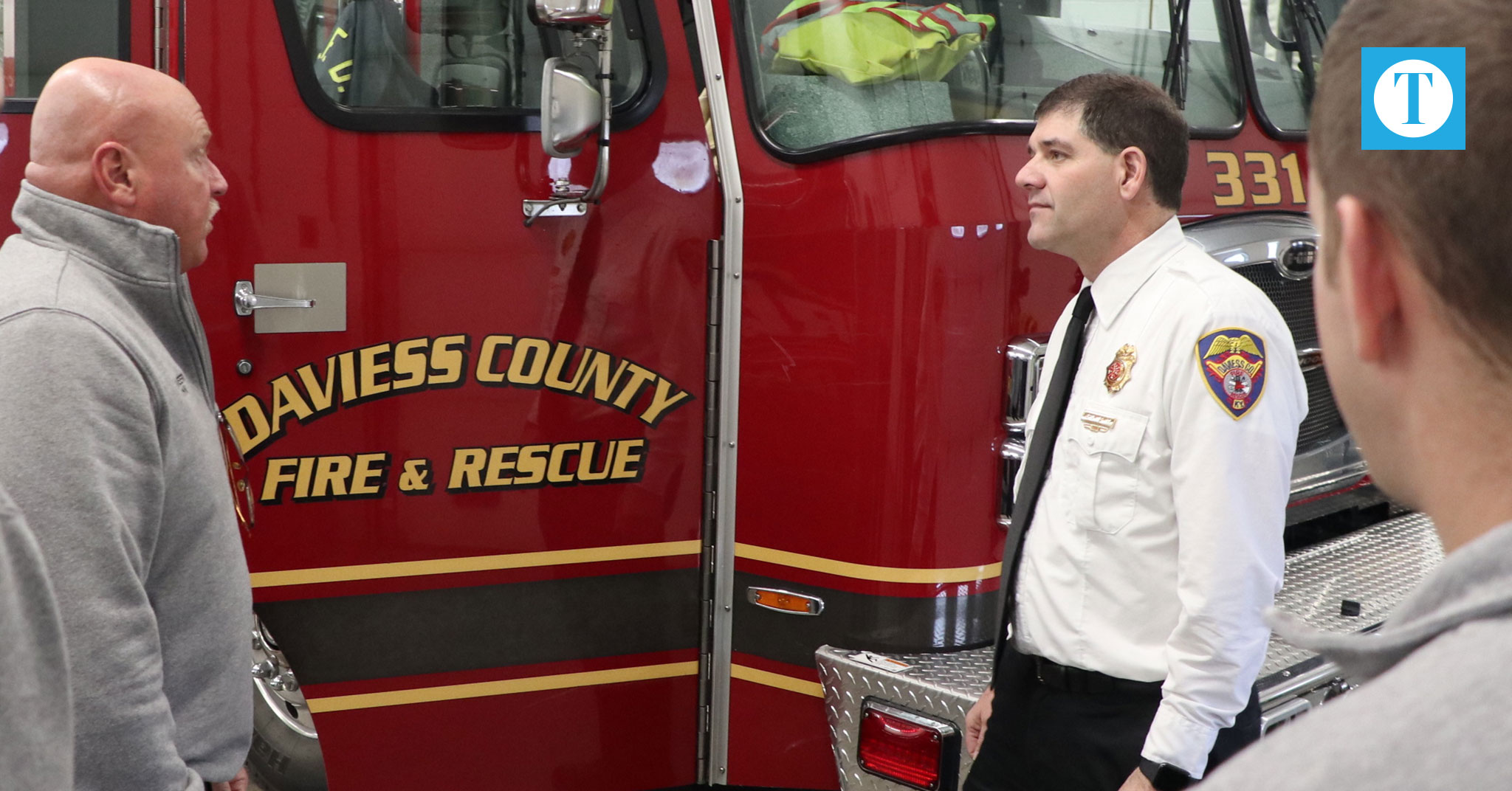 Jeremy Smith, 48, has lived and worked in Daviess County his whole life. He has been married to the same woman, Christina Morris-Smith, for 28 years and the couple have two adult children together.

Smith, who said he had been navigating between what he loves doing and providing for his family, found the sweet spot when he decided to become a firefighter.

“You don’t come to this to get rich you come because it’s what drives you to help others to have that passion,” he said. “So that started my career.”

Smith was appointed chief of the Daviess County Fire Department in September 2019 after more than two decades of fire fighting experience.

Smith said he lived a humdrum life as a bricklayer before he veered toward a path in public safety.

“I love laying bricks, I never dreamed about doing anything else, never thought about being a firefighter,” Smith said. “But when I joined the volunteer (fire department) to help out my community. I learned that I truly enjoy helping people and I think that’s what drove me. It wasn’t the flashing fights.”

Smith began his career as a volunteer firefighter at the Yelvington Fire Department. He became a paid firefighter with Daviess County in August 1999.

He was promoted to engineer five years later at the newly built East Station on KY 54 and then to lieutenant in 2009. Smith became assistant chief in 2015.

Smith said he never aspired for the fire chief position. He said his wife was the driving force behind his decision to be chief, encouraging him to be the best he can be and pushing himself to the limit.

Since becoming fire chief, Smith said his main goal is to make a difference for his crew and in the community.

His 20-year-old son is seeking a degree in fire science and wants to become a firefighter one day. Smith said he had some influence in this.

“Not a lot of people are looking to get into the fire service anymore,” he said. “So having that influence on this younger generation it’s something I want to push as we go forward in my career. To help inspire him to take on whether it be a firefighter or law enforcement or our medical field. Because those are things that we are, it’s hard to find employees right now.”

Smith said he still lays brick on the side but firefighting and serving Daviess County is his passion.

“I can’t see myself living anywhere else because I truly love it here they’re great people so it’s a great community,” he said.