Sandy Webster was recently named the new program director at the nonprofit Dream Riders of Kentucky.

Webster brings a wealth of experience in educating and developing best practices in equine-assisted activities and therapies.

Webster has 30 years of practice as an executive or program director, coach or consultant in therapeutic horsemanship.

“I’ve spent a lot of intensive time helping people with disabilities,” she said. “It’s really rewarding to build a program. I’m blessed to be able to do that.”

Dream Riders, which provides horse therapy for people with physical or mental challenges, was created in 2003 as a grassroots effort to bring a new and innovative therapy to Daviess County. Dream Riders was started by a small group of parents with children with disabilities. 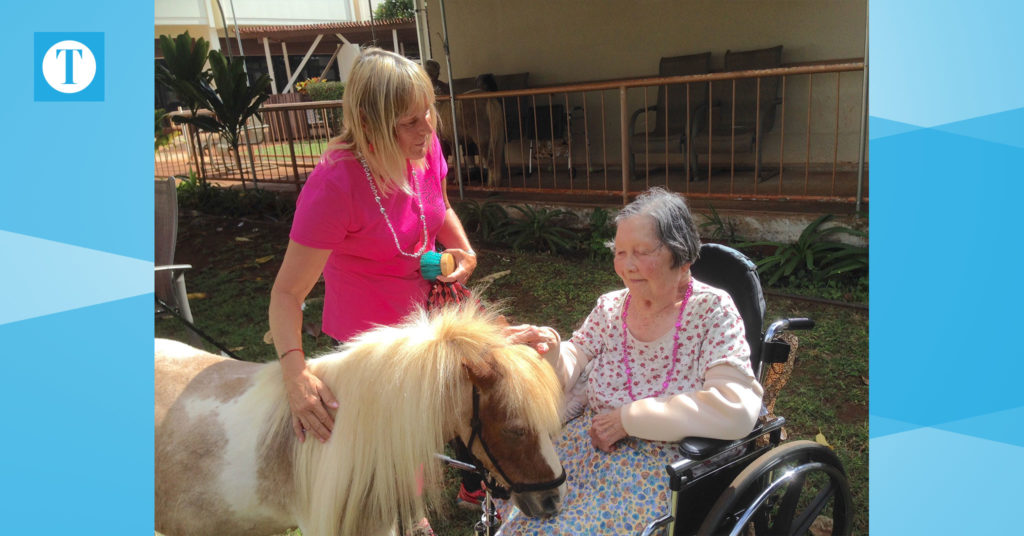 Webster said she went to Bowling Green to teach an instructor seminar last summer. Board members and volunteers of DRK were present at the workshop where they asked her to come back to help and the rest was history, she said.

“I was so impressed by the town of Owensboro and everyone at Dream Riders,” Webster said. “I got really drawn to their mission.”

She has taught and developed therapeutic programs in five countries and 15 cities including Singapore, Australia and Hawaii.

From 2014 – 2016 Webster worked for the Equestrian Federation of Singapore and developed a curriculum to help children who had tried to kill themselves, she said.

Webster said she hopes to increase the number of volunteers and trained staff at Dream Riders. She said she not only wants to grow the program’s reach but also have people come to Owensboro for Dream Riders.

“We are really looking to encourage people to volunteer and have fun with us and have a means to give back to the community in a fun way,” she said.

DRK has an orientation Feb. 6 from 5-7 p.m at its location on 705 Winkler Rd, Philpot. People will get an opportunity to learn about the mission of the program. For more information visit dreamridersofky.org.

“I came to Owensboro because I love the cause,” she said. “I’m hoping to stay in Owensboro to make it my home.”