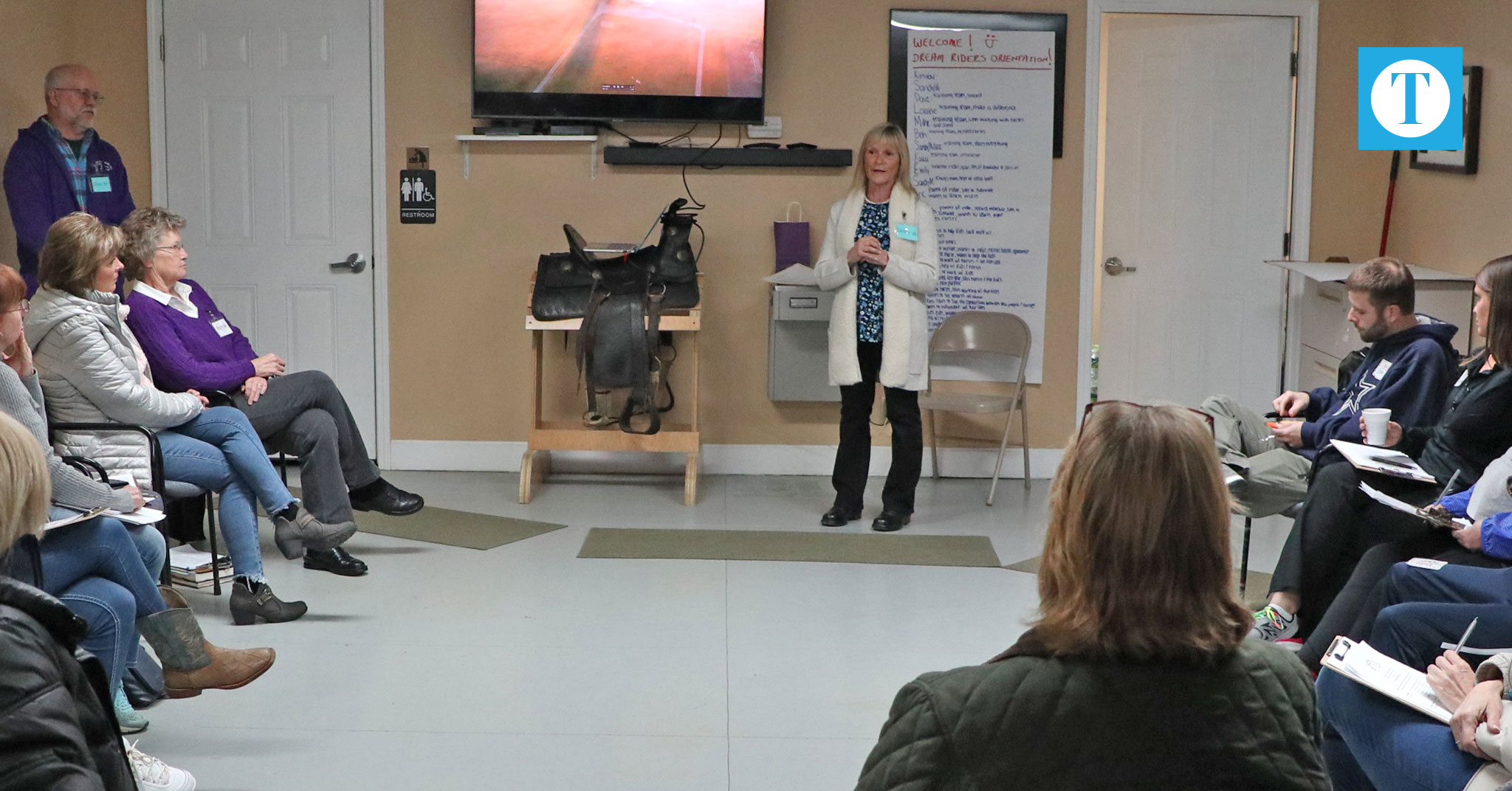 Sandy Webster spoke to a group of people hopeful to volunteer for Dream Riders of Kentucky.

Despite the cold and wet roads, more than a dozen people came to the February Dream Rider’s of Kentucky orientation Thursday evening.

What made this occasion different compared to prior years was the nonprofit’s new program director Sandy Webster, who led the meeting’s activities.

Webster, a newcomer to Owensboro, introduced herself to the group of hopeful people looking to work with horses and the disabled.

“Our mission is to serve others who need us,” Webster said.

People took turns introducing themselves and explained why they’re interested in volunteering.

One woman said she used to work as a grant writer as well as with special needs children. She said she wanted to give back to the community and thought her skills might be useful to the team.

Another woman said she is a retired nurse who also used to work with children with disabilities. She said she missed those days and wanted to get back somehow.

Some others including parents said their special needs child receives therapy DRK and they would like to give back.

Thursday’s orientation is the second of 11 planned this year. The nonprofit is hosting orientation once a month for the rest of the year. This schedule also applies to volunteer training but on a Saturday instead.

In prior years, the organization held orientations and volunteer training both on the same day and once every several months.

This new approach of offering more engagement opportunities to the public is one change DRK has made under the guidance of Webster to help boost turnout said Kelly Flick, executive director.

“We could not do what we do and accomplish what we do without your help,” Flick told the group.

Flick said Webster is the first certified staff the nonprofit has hired. She said the DRK is growing and its program has moved up to a new level of achievement.