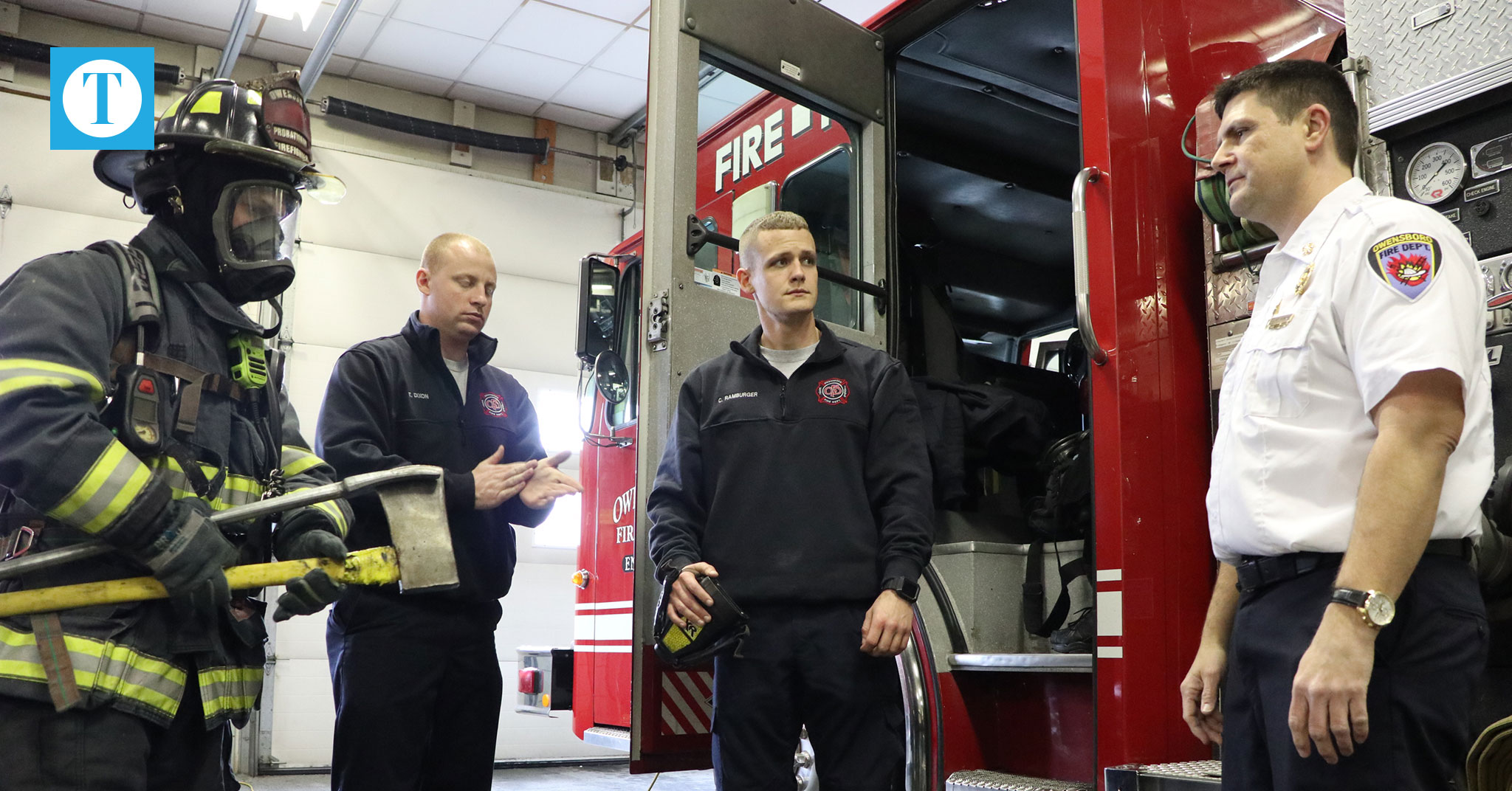 The Owensboro and the Daviess County fire departments have reported that a dwindling number of people are applying to be firefighters.

“Not a lot of people are looking to get into the fire service anymore,” Daviess County Fire Chief Jeremy Smith said. “It is a trend that is really nationwide.”

The mission of firefighters has always been to “save lives and protect property” Smith said, but the job of a firefighter today isn’t what it used to be. Smith said the workload of fire departments has grown substantially, yet it appears there are fewer benefits and incentives to become a firefighter.

Take for example some of the services that the DCFD offers in addition to putting out fires: emergency medical service, search and rescue, water rescue, high angle rope rescue where firefighters could be repelling from a building, and extrication.

“It used to be hundreds — you get hundreds of people to apply,” Owensboro Fire Chief James Howard said. “Now you’re lucky to get 50 or 60 people.”

Howard said there are different facets that created the decline — anything from competition in the work market to recession — which can be traced back more than a decade.

Both Smith and Howard, however, attribute the problem in part to underfunding in the pension system.

“The pension system was set up so that you can do 20 years and then retire and have insurance for your family, which is a huge thing,” Howard said, adding that the benefit was almost unheard of in the private sector.

Smith said the change in retirements has been instrumental in the lowered interest levels.

“Someone today won’t be able to receive the same insurance and retirements and those things do play a factor,” Smith said. “I do believe that plays a part, is that the only part? I don’t know the answer.”

Both fire chiefs said they hope to resolve the issue locally through community outreach.

As part of a recruitment push, Howard announced last week at a City Commission meeting that the department is currently accepting applications for three entry-level firefighter positions. Howard said he’s also looking to reach out to the local colleges to find a way to get young people interested again.

“Part of my job is to get as many applicants as we can get so we have a stronger talent pool to choose from, because that talent pool is what we have to train and prepare and equip to go out there and deliver the service,” Howard said.

For DCFD, Smith said though applicants are few, those who come on board stay.

“I want to try and reach out to the public to try to give us more candidates to interview than we need to hire because we just don’t have a lot of people applying like we used to,” Smith said. “We don’t get rich with what we do. It is a very fulfilling job. That’s one thing I can say.”