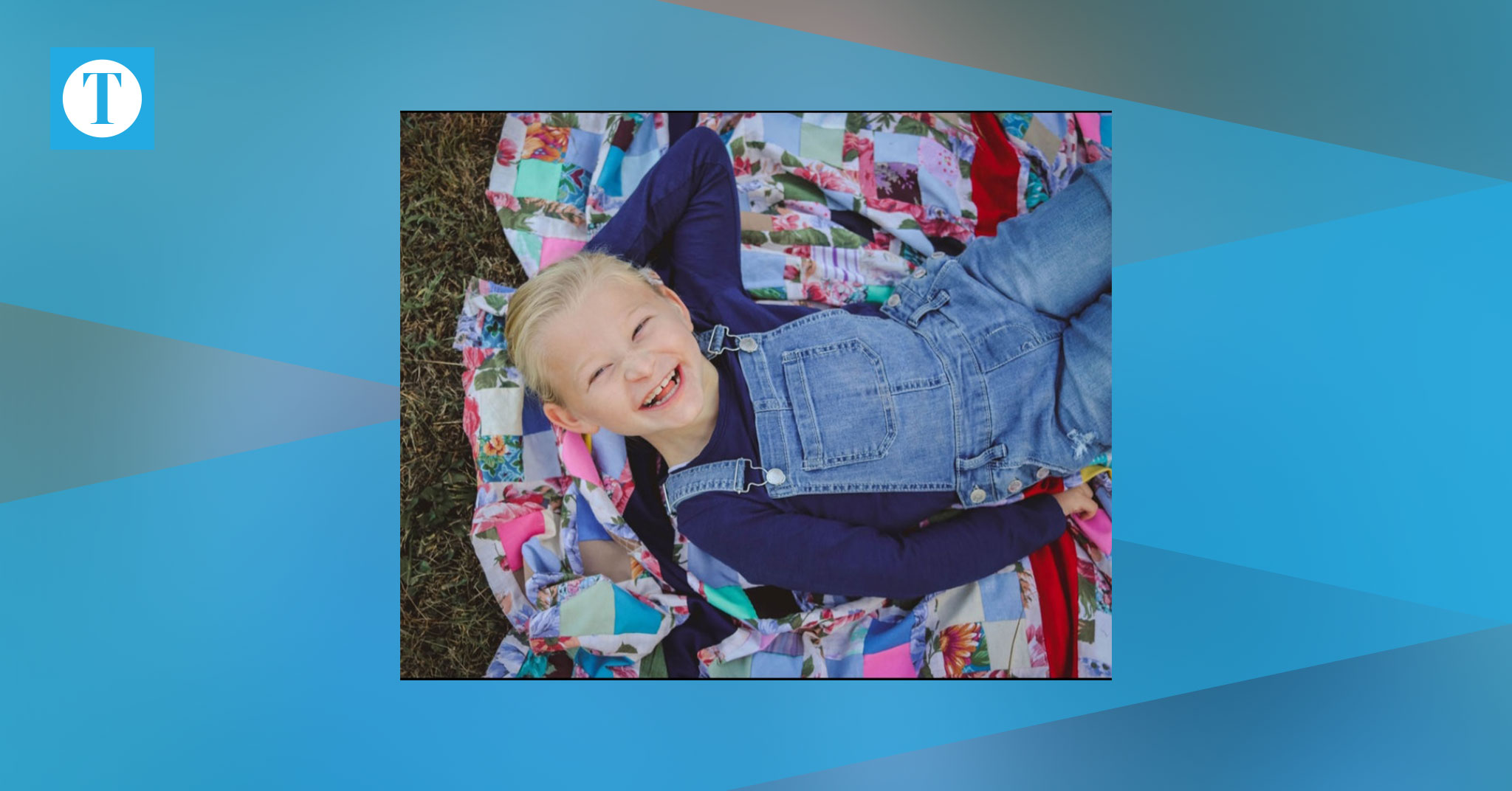 It was through mother’s intuition that Johnna Webb knew something wasn’t right when her daughter was six-weeks-old.

She told her husband the baby wasn’t feeding properly and was responding differently than her older brother when he was a baby.

The couple asked doctors to run tests — but got nowhere with results.

It wasn’t until almost a year later after numerous genetic tests in multiple cities that the couple found out what was wrong with their daughter Harper.

“Just when we got the diagnosis, we were devastated,” father Derrick Webb said. “It was the worst day of my life.”

Harper, 7, was diagnosed with Angelman Syndrome at 11 months. It was a missing gene, a microscopic difference on chromosome No. 15

This was the first time the couple had heard about this rare genetic disorder that affects approximately 1 in 15,000 children.

British pediatrician Harry Angelman had described the disorder as the “Happy Puppet Syndrome” because the individuals who had it were always smiling or laughing.

“Angelman syndrome was thought to be pretty rare,” because genetic testing hadn’t been available to accurately diagnose it said David N. Franz, a pediatric neurologist at the Cincinnati Children’s Hospital Medical Center. “People now know that it’s much more common than we thought.”

Angleman Syndrome is a neuro-genetic disorder characterized by intellectual and developmental delay. Many children with Angelman syndrome are nonverbal, epileptic, have sleep disturbance, jerky movements and appear with a happy demeanor.

“Angelman kids are fascinated by water, so we have a pool,” Derrick said. “It’s kind of an obsessive fascination to where once she’s in the water kicking and splashing, she doesn’t care what’s going on outside of that.”

This syndrome happens at random for most children and comes from the mother’s DNA. Harper’s two brothers don’t have Angelman syndrome.

The day-to-day operation caring for Harper and her brothers rests primarily on Johnna who said she’s busy all the time.

“The biggest thing for me is the lack of understanding,” and not the work, Johnna said. “She has a lot of potential, but people don’t understand and that hurts the most.”

Derrick said Harper goes to speech therapy and behavior support in addition to school throughout the week in Owensboro. Every six months, she also visits Franz, who has been her doctor for about five years.

“Like most 7-year-olds she’s fully dependent on us,” Derrick said. “It’s our normal. And I would say that I wouldn’t want to change it because I love who she is and I love what she is.”

While individuals with Angelman Syndrome have a normal lifespan, they are unable to live independently and require continuous care.

Derrick said, however, he hopes clinical trials will be successful.

One clinical trial that’s in the work is supposed to reverse the symptoms of Angelman Syndrome, Franz said.

“It basically reveres the neurological problems,” he said.

If Harper is selected, she will be one of the first patients to undergo this kind of procedure.

He said there is technology today that can dramatically reverse the damages of some genetic disorders if treated at an early age such as Harper compared to an adult with Angelman Syndrome for example.

“I remember my wife saying on the way home from the diagnoses ‘we can give up or we can make her the best that we can make her,’’’ Derrick said. “We decided then to raise awareness in any way we can.”

The couple said they have given more than $90,000 to The Foundation for Angelman Syndrome Therapeutics since 2014 with funds raised from their annual June golfing fundraiser in Louisa, Kentucky.

FAST is a global non-government funded organization of Angelman syndrome research. It was founded in 2008 with a mission to find a cure for Angelman Syndrome.

Derrick said the couple created Harper’s Hope to raise awareness for Angelman syndrome and that’s what the couple is looking to do in Owensboro after they moved here several years ago.

“The very first day I was extremely mad at God,” Derrick said. “I asked myself why and then I asked why does she have to live with this? But my wife and I have very strong faiths and I just think God chose us to be her parents because he knew that we would fight for her and that’s what we’re doing. We’re not going to give up.”