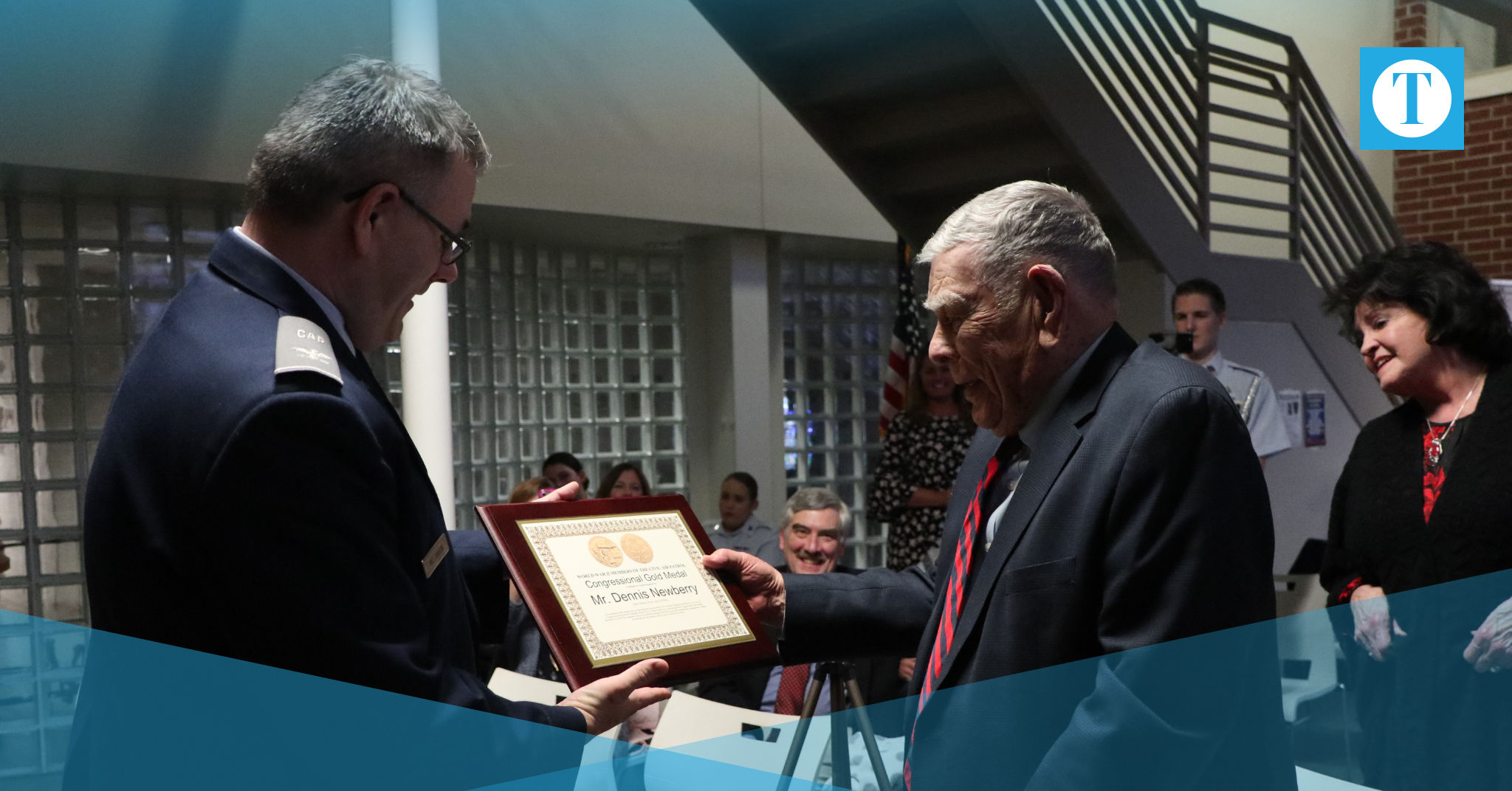 The Congressional Gold Medal and the Presidential Medal of Freedom are the highest civilian awards in the United States.

Newberry received the award for his service during World War II in the Civil Air Patrol, which is the civilian auxiliary of the United States Air force.

“I consider it to be a great honor,” Newberry said, adding he was surprised when he found out the news last year.

The Congressional Gold Medal is an award bestowed by the United States Congress.

“I didn’t know that they award gold medals for service,” he said. “I was pleased.”

The organization was created on Dec. 1, 1941 to provide civilian air support to aid the war effort of WWII.

Newberry served as a cadet observer and a color guard. He would go on to serve in the Army.

In 2014, President Barack Obama signed legislation into law awarding the medal to the approximately 200,000 WWII members of the CAP.

CAP said the medal is the country’s highest expression of appreciation for distinguished achievements and contributions.