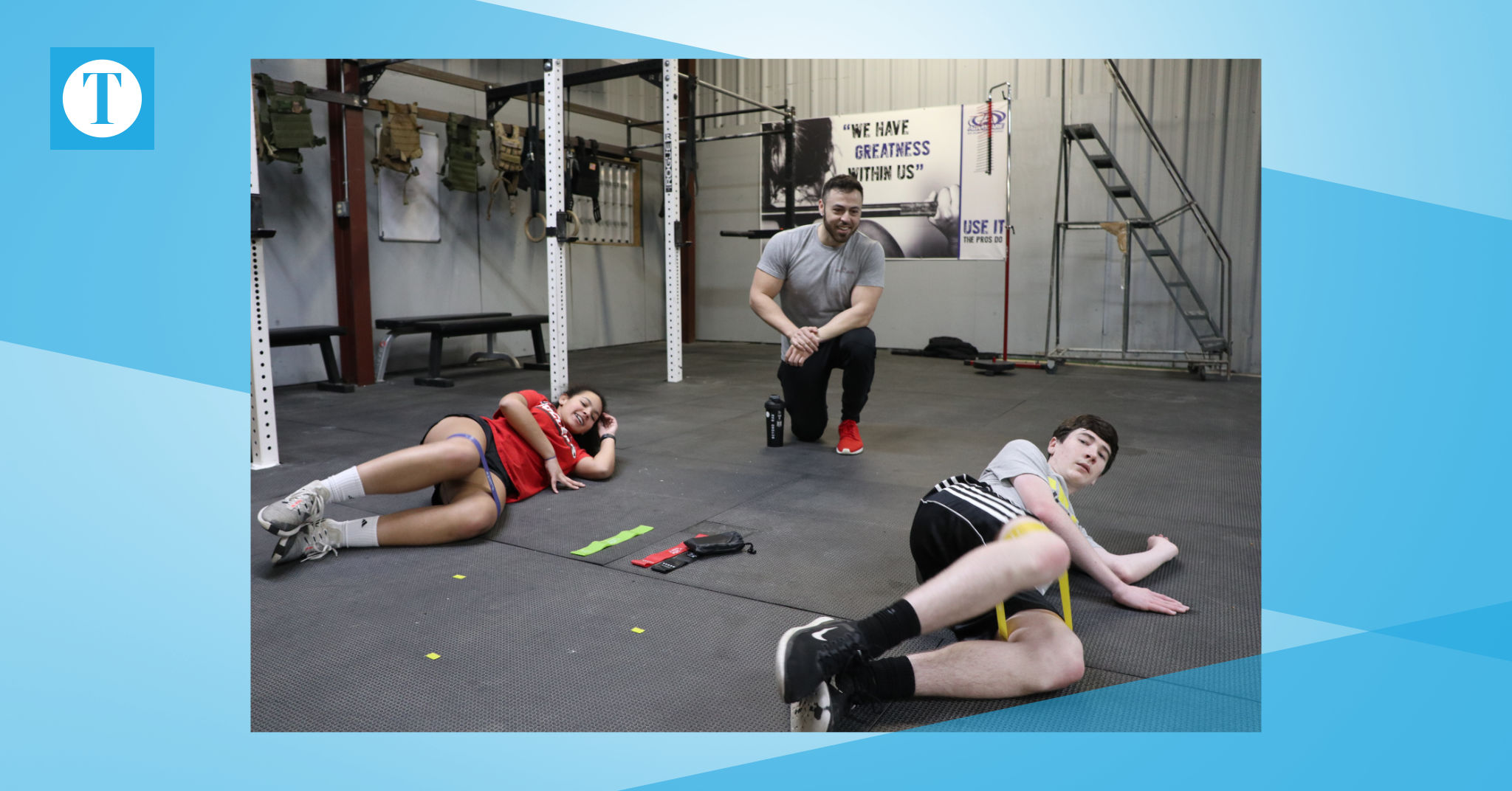 “You’re on the red, you’re on the green,” he said to the students. “I want you to step back to the kettlebells.”

The two teens were on one knee in a kneeling position and gripping the rope that was tied onto a bar.

“Pull that, elbow to hip,” he said. “Good. Switch your knees around. Good.”

“This type of training, it’s going to be new to a lot of the athletes,” he said. “They haven’t had access to training like this and most athletes won’t until they get to the college level or professional level.”

USP is a six to eight-week performance training program tailored to the needs and goals of young athletes in their individual sports. Young provides dynamic training techniques that would help athletes develop speed, agility, strength and power to increase performance and prevent injury. 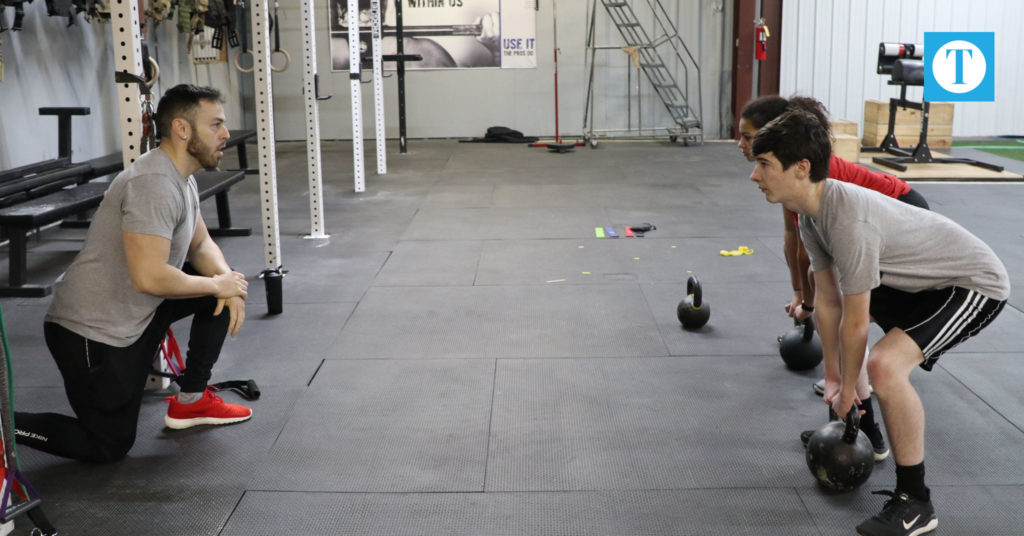 Young, 30, said he started USP because he saw a need for it when he worked as an alethic trainer for Owensboro High School from 2014 to 2016 and then at Daviess County High school from 2017 to 2019 until he the kickstarted the business.

He said students often sought advice from him on how to improve their game. Young said he also noticed that even varsity players had poor form for example and weren’t familiar with basic conditioning exercises.

“It’s to help them get ready for the intense strength and condition programs they will be experiencing in college to where they’re not behind, they’re ahead of everyone,” Young said.

“I saw some great gains in her agility, her speed and her condition and strength,” he said. “So when Cory decided to put this together. I told him I wanted to be a part of it.”

USP is run solely by Young. He uses the workout area at CrossFit Vox, 1316 Alsop Lane, to train students twice a week. Young said he hopes the program will grow over time.