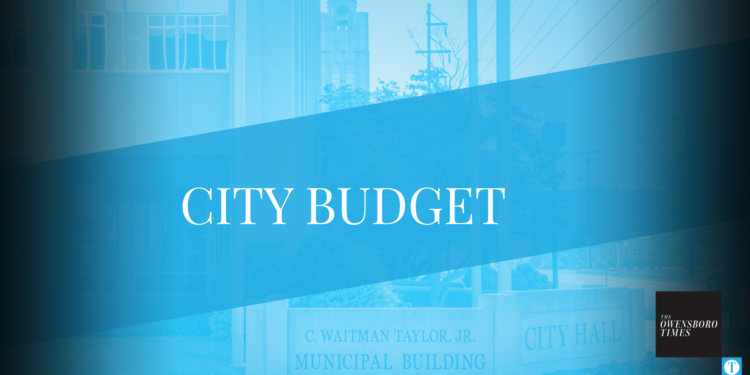 City officials on Tuesday proposed a handful of budget amendments for the 2021 fiscal year. The changes address various grant funds from the American Rescue Plan Act (ARPA) to provide for lost revenue, costs related to the Abraham Lincoln statue at City Hall, and increased funding for various development projects, of which will include no net cost to the City.

According to City Manager Nate Pagan, the budget amendments presented are par for the course before the end of most fiscal years.

Pagan provided a list of various items that would be part of the 2021 fiscal year budget amendments, including:

1 – Receiving the contribution from The Marilyn & William Young Charitable Foundation for their share in the full expenditure for the purchase of the Lincoln statue at City Hall.

Director of Finance and Support Services Angela Waninger said half of the statue is paid for by the City, and the costs initially totaled $57,000.

However, that amount was reduced for previous lease payments made by the Foundation, and the City was given a 5% discount as a result.

“This is just a transfer, and not a net increase in spending,” Pagan noted.

3 – Additional funding for overtime for the fire department.

According to Pagan, the overtime was necessary to “maintain staffing levels attributed to various factors, including COVID-related absences and various medical procedures.”

4 – Extra funds for the recreation fund due to revenue shortfalls at the Edge Ice Arena while it was closed due to COVID-19 restrictions.

5 – Funds for the purchase of the small parking lot on Veterans Boulevard.

6 – Increased funding for incentive agreements for Bluegrass Commons, Heartland Crossing and Metalsa Owensboro, Inc. because, according to Pagan, “…they generated more revenue than we expected in the budget. This includes no net cost to the City.”

7 – Increased funding of $805,667 necessary for the Owensboro Convention Center subsidy.

“The Convention Center had to be closed through many of the months of the COVID-19 pandemic,” Waninger said. “As such, they had a shortfall in revenues and were unable to reduce their expenditures at the same rate, so the City will have to subsidize that loss.”

Waninger added that the City should be able to reimburse itself for the loss in revenue with ARPA funding.

8 – Providing funding for various capital projects. These projects include escalator repairs at the Convention Center, as well as funding for “miscellaneous repairs” at the Owensboro Sportscenter, Pagan said.

At the advice of the auditor, Pagan said the City would be separating the funds for police officers working overtime for other agencies, such as the Housing Authority of Owensboro. The City will incur no net costs for this.

“We are just showing these revenues and expenses as a separate line item,” he said.

The City will also show the revenues and expenditures related to a police grant in the amended budget.

“Again, not a cost—- but the revenues and expenditures must be approved for the grant that was fully funded,” Pagan said.

10 – Recording revenue for the first half of the ARPA funds, which is revenue of $6.6 million.

“We are not including any expenditure of the funds, just recording revenue since it was received in the current fiscal year,” Pagan said, adding that a report about more information about the ARPA funds would be presented next week.

11 – Revenue and expenditure for a federal grant for the Owensboro Transit System. Pagan said the City would be administering a grant to the Wendell Foster Center as well.