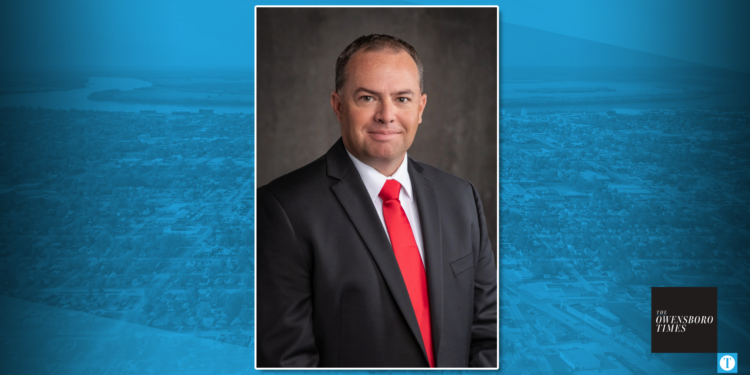 King is president of Norman King Electric, a commercial and industrial electrical contractor started by his father in 1978 and headquartered in Owensboro. He is also the owner of Crown Investment Group, which has developed bourbon barrel storage warehouses for Green River Distilling Company.

“I am running for County Commissioner because I want to serve my community and give back,” King said. “But at the same time, I would like to be able to promote growth within our county.”

Through his company Crown Investment Group, King said he has seen firsthand the difficulties of growing and expanding a business in Owensboro. When he tried to move forward with plans to build nine bourbon barrel storage warehouses in Owensboro in 2019, King said he was met with rigid Owensboro Metropolitan Planning Commission (OMPC) regulations and local officials unwilling to help secure the project for Daviess County.

King wanted this project to benefit the Daviess County community.

“The current building and barrel tax revenue has added up to $150,000 since 2019 and will increase to approximately $800,000 in two years and exceed $1 million in four years,” King said. “I was disappointed that we couldn’t find a way to bring that project to Daviess County. I felt there were some things that could be improved upon to allow more flexibility for projects coming to this area.”

That is one of the reasons he made the decision to run for County Commissioner.

“I will work to make sure we don’t lose projects like the warehouses,” he said.

Additionally, King plans to promote existing local businesses when they choose to expand or add employment.

“Incentives for building are for large companies coming into the state or for large investments,” he said. “Most employment in this country is from small business. I will find a way to help small businesses expand locally.”

King said he would also focus on ways to get better internet coverage in the county, an issue heightened by the COVID-19 pandemic.

He holds a bachelor’s degree in electrical engineering with a minor in mathematics from the University of Kentucky. He is a licensed electrical contractor, master electrician and a professional engineer with the state of Kentucky.

King is also a craft instructor at Owensboro Community & Technical College, where students in the electrical apprenticeship program can also receive an associate’s degree — a program that King helped implement last year. In addition, King is chair-elect for the Foundation for Daviess County Public Schools.