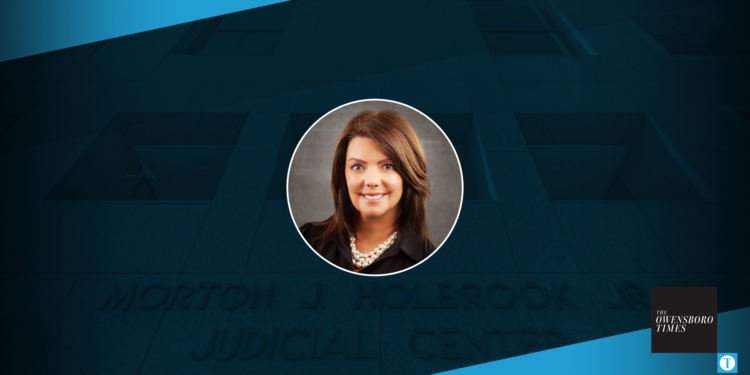 Shannon LeMaster Meyer has been appointed to fill the Daviess District Court Judge seat left vacant by retired Judge Daniel M. Burlew II. With the term set to expire this year, Meyer has also filed to run for the seat in the November election.

In December 2021, Meyer was named one of three nominees — alongside Heather Lynn Wagner Blackburn and James Nicholas Payne, both of which are also running for the seat in November — to fill the vacancy. On Tuesday, Gov. Andy Beshear signed an order appointing Meyer to the vacancy.

“I’m excited for this opportunity to serve Daviess County, and feel blessed that my years of legal experience and temperament has warranted the faith of the Governor,” Meyer said.

Meyer had already filed to run for the seat prior to her appointment.

“For several years I’ve been encouraged by colleagues and court officers to seek a judgeship,” she said. “With my children nearly grown, the timing is now right for me to devote my time and full attention to this position. If elected, my office will be accessible to attorneys, law enforcement, court personnel, and the citizens of Daviess County, so that we can work together within the boundaries of the law and professional rules and responsibility to maintain and improve the court’s efficiency where we can.  In addition to my focus on efficiency, I will be a fair and impartial judge.”

Meyer is currently a prosecutor with the Daviess County Attorney’s Office, a role she said has given her invaluable experience for the judgeship.

“Serving as a prosecutor, I’ve seen how the courts have a unique opportunity to help people resolve conflict, to strengthen familial and interpersonal relationships, and to encourage intervention and treatment for drug and alcohol addiction, so that they can better care for themselves, their families and their community,” she said. “It is so rewarding when I’m approached outside of court by people I’ve prosecuted who have thanked me for being tough on them. They share with pride how they’ve improved their lives and how well they are doing. I’m proud to be a part of a system that provides these opportunities for personal growth; a system designed with both consequences and opportunity.”

“For 21 years, I have been blessed to enjoy a healthy balance between my professional and personal lives.  Joining the Daviess County Attorney’s Office in 2001, shortly after the birth of my first child, allowed me the opportunity to remain active in my chosen profession while being a mother to my three children.  I have worked hard at both.  In addition to my prosecution duties, I’ve maintained a small, solo practice focused on international and domestic adoptions, divorce, custody and other family law cases, as well as planning/zoning issues, nonprofit agencies and pro bono activities, including Legal Counsel to Impact 100-Owensboro and an expungement clinic.