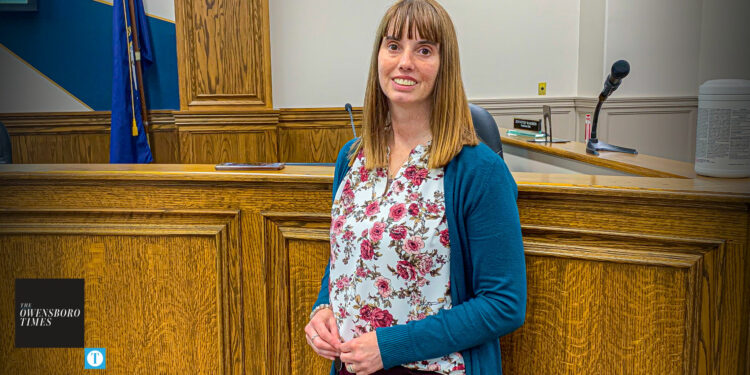 Leslie McCarty was victorious in her re-election bid for Daviess County Clerk, narrowly edging out her challenger by less than 200 votes in Tuesday’s Primary Election.

McCarty garnered 4,289 votes compared to Tonya Payne’s 4,152. The two were nearly deadlocked at each update as results came in.

“It was a nailbiter,” said McCarty, who called Payne soon after the final results to discuss the pleasure of running a clean race between two worthy opponents. “It was so close, and even if positions were flipped, I can say without a shadow of a doubt that Tonya and I ran a clean race. There was nothing negative between us. And that’s saying more than most, so I’m honored she was my opponent.”

McCarty is grateful to retain her seat — no Democrat candidate filed to run, so she won’t face a challenger in the General Election — and hopes to build on the progress she’s made over the last few years in office.

“My next plans are to keep moving forward with a remodel project and to keep putting our stuff online, and really just keep doing the best job that I can,” she said.

McCarty said she was nervous as each update came in Tuesday night.

McCarty’s first few years had several challenges, starting with a historical recount and including the trials that came during the pandemic. She’s hoping things revert to normal going forward.

“This is my first normal election under my belt,” she said. “And this is actually my first election without (former County Clerk) Richard House. So it was a little bittersweet. I was sort of waiting for him to walk through the door and when he didn’t, it got real. But I’m ready to keep going.”