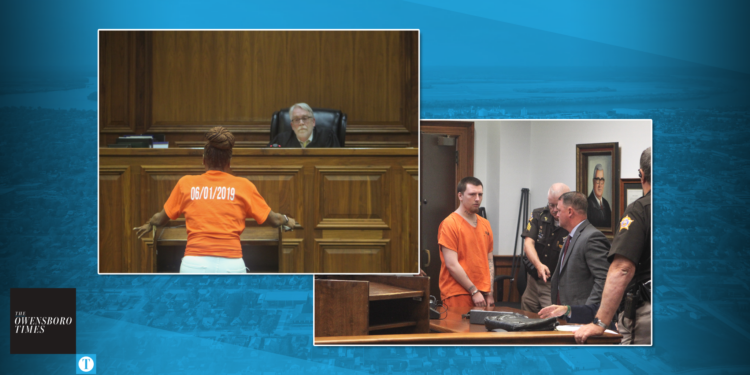 Chase Simmons, who was found guilty for the 2019 murders of Jasper Brown III and Amarius Winstead as well as second-degree assault of Tyler Glover, was officially sentenced on Wednesday to 60 years in prison.

Simmons is eligible to seek parole after serving 85% of his sentence — which is 51 years. There is no guarantee he would be granted parole at that point, or at any point before his sentence ends.

The families of Brown and Winstead addressed Wethington before he imposed the sentence.

Brown’s mother Angela Martin said that she feels as though justice was served. However, she feels Simmons did not show remorse for his actions.

Winstead’s mother April Winstead said that she is thankful the court found justice for her son. She said with the sentence, Simmons will not be able to enjoy moments with his friends and family — like how she won’t be able to with her son.

“He may think right now that he will not be upset about missing those moments but he will. And I hope they are the hardest, longest days of his life. He was right when he said ‘it’s not going to bring our people back,’ which was the statement he made at the trial. But I guess he forgot he also will not get another life to live,” Winstead said.

Brown’s younger sisters also testified, asking Wethington to uphold the jury recommendation. While they were happy he did, one sister said that she didn’t feel justice was fully served for those involved.

“I feel like we didn’t get our justice. … I don’t think that 85% is enough for what he did to those people,” Unique Brown said.

Cleo Brown, Jasper’s sister, also said she doesn’t feel relief since Simmons has a chance at parole down the road. Nonetheless, she does feel at peace with her brother’s loss.