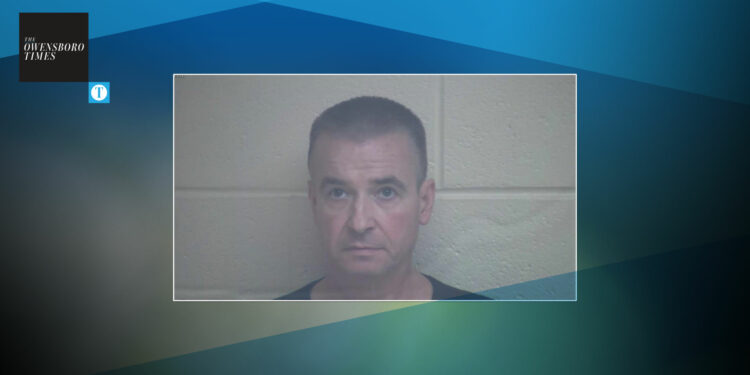 A 50-year-old man with outstanding warrants from numerous law enforcement agencies across the area for charges related to theft, fraud, forgery, and more was recently arrested. Locally, the suspect had outstanding felony warrants for thefts of a motorhome and a handgun as well as a warrant for theft by deception for purchasing a vehicle with a stolen check, according to the Daviess County Sheriff’s Office.

According to a DCSO media release, James D. Martin was arrested in Vanderburgh County, Indiana. He had several outstanding warrants in Kentucky and was transferred to the Webster County jail on September 21 on felony-level theft by deception charges filed by KSP in multiple Union County cases.

DCSO had an outstanding felony warrant for the theft of a motorhome and a handgun after Martin purchased the motorhome with a stolen check, according to DCSO. In that case, the motorhome was located in Indianapolis, Indiana, where the license plate had been changed from a Kentucky to a Georgia plate, and “unknown subjects had begun to paint the exterior of the motorhome.” The stolen handgun was also located and returned to the rightful owner, according to DCSo. Charges pending in Daviess County include theft by deception, theft of a firearm, possession of a firearm by a convicted felon, and felony criminal mischief.

According to the release, Owensboro Police Department also had an outstanding warrant on Martin for theft by deception and criminal possession of a forged instrument, charges stemming from “the purchase of a vehicle from a local dealer with a stolen check where he also forged the signature of the check owner.”

According to DCSO, Martin also had outstanding warrants out of Henderson and Hopkins counties for charges including trafficking in and possession of controlled substance, domestic violence assault, giving an officer false identifying information, and numerous traffic related offenses.

McLean County also held a criminal summons for third-degree terroristic threatening, per the release. Martin also has numerous trafficking in and possession of controlled substance charges and traffic offenses pending in Muhlenburg County, according to DCSO.

Martin is currently lodged in the Webster Co jail and Indiana authorities have more outstanding warrants in relation to theft, forgery, and fraudulent charges in Vanderburgh County.