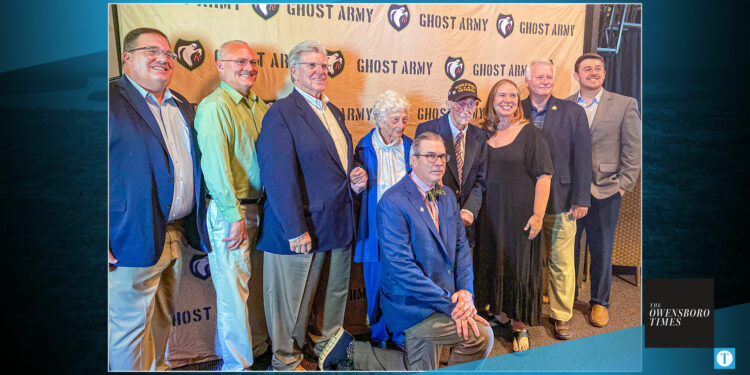 Owensboro resident Kenneth Miller, 98, was honored Saturday for his service during World War II as a member of the “Ghost Army," officially known as the 23rd Headquarters Special Troops. | Photo provided

Owensboro resident Kenneth Miller, 98, was honored Saturday for his service during World War II as a member of the “Ghost Army,” officially known as the 23rd Headquarters Special Troops. The Ghost Army, a tactical deception unit, was recently awarded the Congressional Gold Medal. Miller is one of only 10 living members of the Ghost Army.

The Ghost Army was the first mobile, multimedia, tactical deception unit in U.S. Army history. While the unit was extremely pivotal for most of the United States contributions to the war efforts, not many people know what they did.

Miller served in the radio deception arm of the 23rd Headquarters Special Troops. It was tasked with the unique mission to impersonate other Allied units to deceive and disrupt German military actions. Their tactical deception included the use of inflatable tanks, sound trucks, and fake radio transmissions. The story of this unit was kept secret after the war and only became declassified in 1996.

“They were engaged in trying to attract enemy attention and attract enemy fire, in order to keep it away from other people,” said Rick Beyer, President of the Ghost Army Legacy Project.

Because of the tactics the unit utilized to disarm and occupy enemy attention, they saved an estimated 15,000 to 30,000 lives.

As he has gotten to go around the country honoring the remaining living members of this unit, Beyer has noticed that many of them saw it as their duty to protect the people of the country — just like Miller did.

In getting to meet Miller, Beyer learned that Miller’s family had known about his involvement but they didn’t know what he had done or what the squad was used for.

“They thought they knew, but they hadn’t really known what Ken did,” Beyer said.

On Saturday, a special ceremony was held at the Trinity Centre of Theatre Workshop of Owensboro. Mayor Tom Watson declared September 24, 2022, as Kenneth Miller Day as an act to keep his service to the country honored.

Miller, and the rest of the Ghost Army, will also be given a Congressional Gold Medal after a bill awarding the honor was passed earlier this year by Congress and signed by President Joe Biden. Miller received a copy of that bill Saturday, along with a letter from President Biden. (The actual gold medal will be struck by the U.S. Mint at a later date).

“This is a very high honor. It’s Congress’s highest expression of national appreciation,” Beyer said. “…The medal isn’t made yet because the mint hasn’t minted the metal yet, but we wanted to do a ceremony to honor these veterans here while they’re here.”

Miller lives with his wife Jennie in Owensboro. They have been married for 75 years. 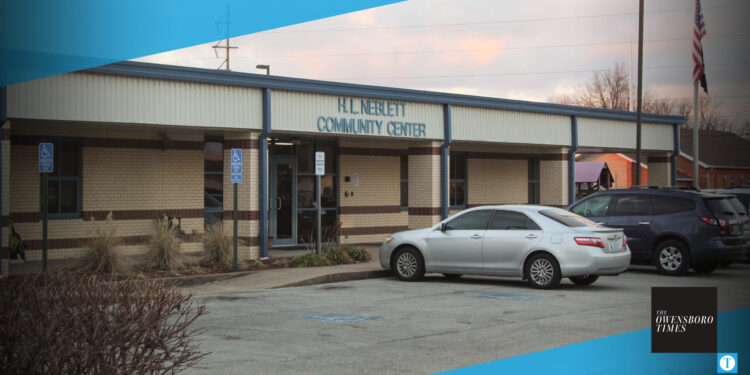 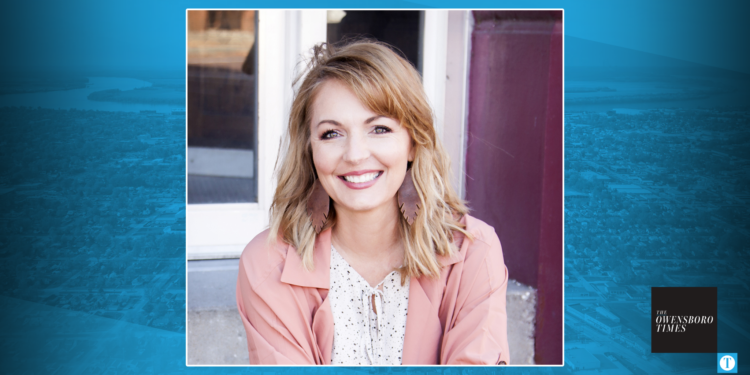