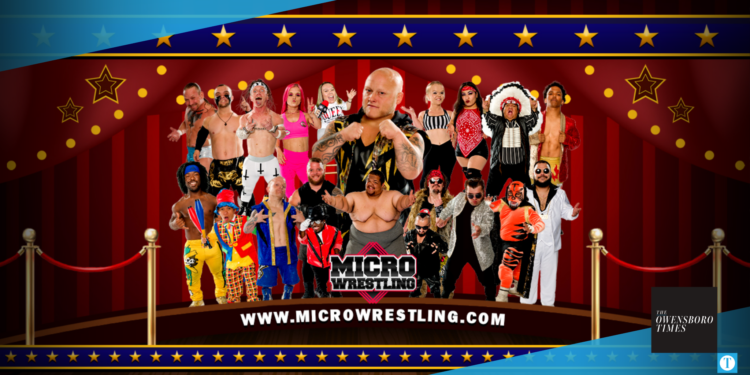 The Micro Wrestling Federation (MWF) is coming to the Owensboro Convention Center this evening. Like its WWE prototype, the full-scale micro wrestling operation features high-flying, hard-hitting pandemonium; the only difference: the entire cast is under 5 feet tall.

The event will run from 8 p.m. to 11 p.m. A limited number of tickets are still available here.

Fans can expect body slams, bear hugs, headlocks, and more for some non-stop and up-close action. The schedule consists of two singles matches, a micro brawl (where fighting transpires all over the venue), and a micro rumble, which follows a “last-man-standing” format.

Leaders formed the MWF in 2000, which holds the mark as the longest-running federation in the Little Person wrestling industry. The MWF website reads, “The Micro Wrestling Federation has been imitated without success as we are the original ‘MICRO’ professional wrestling organization.”

Sports Illustrated, Country Music Television, and the WWE have all featured Micro wrestlers.

The organization travels from coast to coast, rallying off more than 200 shows per year, not to mention four shows per week at its 300-seat arena – the Microtorium – in Pigeon Forge, Tennessee.

Organizers promise an event for all ages and fun for the entire family.