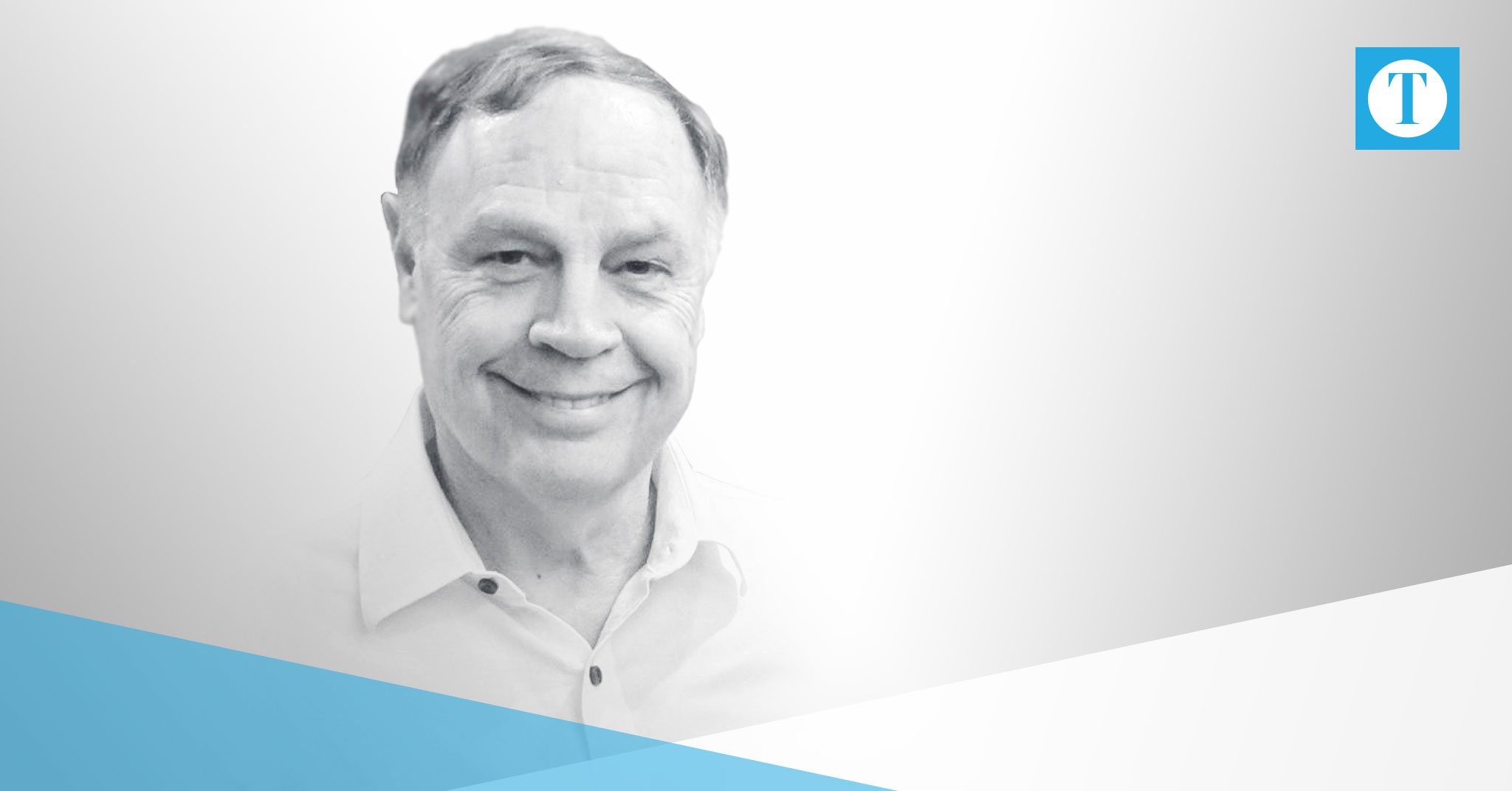 After a full, vibrant life spent loving God, his family and others, including 46 years as pastor of Heritage Baptist Church, Ted Christman unexpectedly died Monday morning at his home in Owensboro. He was 73.

A native of Grand Rapids, Mich., Christman met his wife Dianne his first week of college at Bob Jones University. During their 47-year marriage, they had two children – Rebekah and Jonathan – and seven grandchildren, with another on the way.

In 1973, Christman answered a call to pastor a small congregation of believers in Owensboro. The group met in homes and then in Classroom 111 at Kentucky Wesleyan College before finding a permanent home on Thruston-Dermont Road.

He founded Heritage Christian School in 1984; it now educates almost 200 students from preschool through eighth grade. Through the years, he served on the board of directors at Owensboro Health Regional Hospital and the Daviess County High School Site-Based Council. He hosted radio and television programs, wrote a book and was writing another, and led countless Bible studies throughout the community.

Any list of his accomplishments, though, pales in comparison to his love for God and people. Christman — who became known as “Pastor Ted” or even “PT” —  was a genuine pastor who lived by example. He pointed people to Christ not just through sermons, but also through his life of passionate worship and genuine compassion. He was simply more concerned about others than himself.

His love for people started first and foremost with his family. He and his wife were never separated for long, and he supported his kids with unrelenting enthusiasm in everything they did. His grandkids couldn’t get enough of him.

Pastor Ted was larger than life. He somehow succeeded in making hundreds of people feel like his best friend. The stream of tributes pouring onto Facebook this week attest to his singular skill in connecting with people. His charisma brought many families to Owensboro to be part of Heritage. Many of them were hurting and broken from difficult experiences, and Pastor Ted’s gentle, loving care, coupled with a firm commitment to truth, provided a refuge that let them heal gracefully.

He never seemed to tire, hanging out with the youth group far into the night, showing up first thing in the morning for Bible studies, welcoming countless babies into the world and spending every spare moment with a phone to his ear, checking on dozens of people a day to tell them he was thinking about them and ask if they needed anything, no matter if they were a church member or not. He spent hour upon hour counseling people – they knew that no matter the time or situation, his wise, compassionate guidance would be just what they needed.

He cared for young people, and decades later, he cared for their children.

“Pastor Ted was there for every major moment in my life,” said Cliff Boswell, a member of Heritage. “He baptized me. He counseled and advised me. He married my wife and me. He baptized my kids. He was there when my grandparents and other loved ones died. He was there when my kids were born. He taught me what it meant to be a Christian and to live for Christ. To say his influence on my life has been profound would be a major understatement.”

Pastor Ted was legendary for his sense of humor and his practical jokes. Anyone who knew him was likely to get a prank phone call with an outlandish story, complete with fake voice and a funny name. Embarrassment was not in his vocabulary – he was willing to say or do anything for a laugh because he genuinely wanted to have fun with those around him. He put his own picture on restaurant walls, he single-handedly kept the comb-over style alive, and he was even known to attend Cincinnati Reds baseball games with the Heritage youth group, throw on sunglasses and start signing autographs as if he were a movie star.

He poured his life into local pastors, organizing a regular pastors’ fellowship and mentoring many younger pastors one-on-one.

“I was 24 years old and scared to death,” said Jamus Edwards, pastor of Pleasant Valley Community Church in Owensboro. “It was my first pastorate in a town where I didn’t know a soul. Pastor Ted took me under his wing. He became my pastor. I couldn’t begin to calculate the number of hours he would listen to me, counsel me, encourage me, and teach me. Pastor Ted wasn’t just a mentor. He wasn’t just a friend. He was a father in the faith.”

Several people posted on social media this week that “a giant has fallen.” While the sentiment is accurate, Pastor Ted would resist any notion of his own importance. He would say he owed everything to his Savior, whose perfect life and death made forgiveness of sin and acceptance with God possible. He could love well because he had first been loved.

He wasn’t perfect, but he was faithful. His legacy of long obedience in the same direction will live on in the pastors he mentored, the people he pastored and the family he leaves behind. Owensboro will never be the same, while the saints in heaven are probably wondering who the crazy new guy is.

He pursued God, he devoted himself to his family, he loved others and he finished well.

Visitation for Pastor Ted Christman will be from 2 to 8 p.m. Friday at Heritage Baptist Church at 3585 Thruston-Dermont Road. The funeral will be Saturday at 1 p.m. at Owensboro Christian Church at 2818 New Hartford Rd., with visitation from 10 a.m. to 1 p.m. before the funeral. In lieu of flowers, expressions of sympathy may take the form of contributions to Heritage Baptist Church, Christman Memorial Fund, 3585 Thruston-Dermont Road, Owensboro, Ky, 42303.