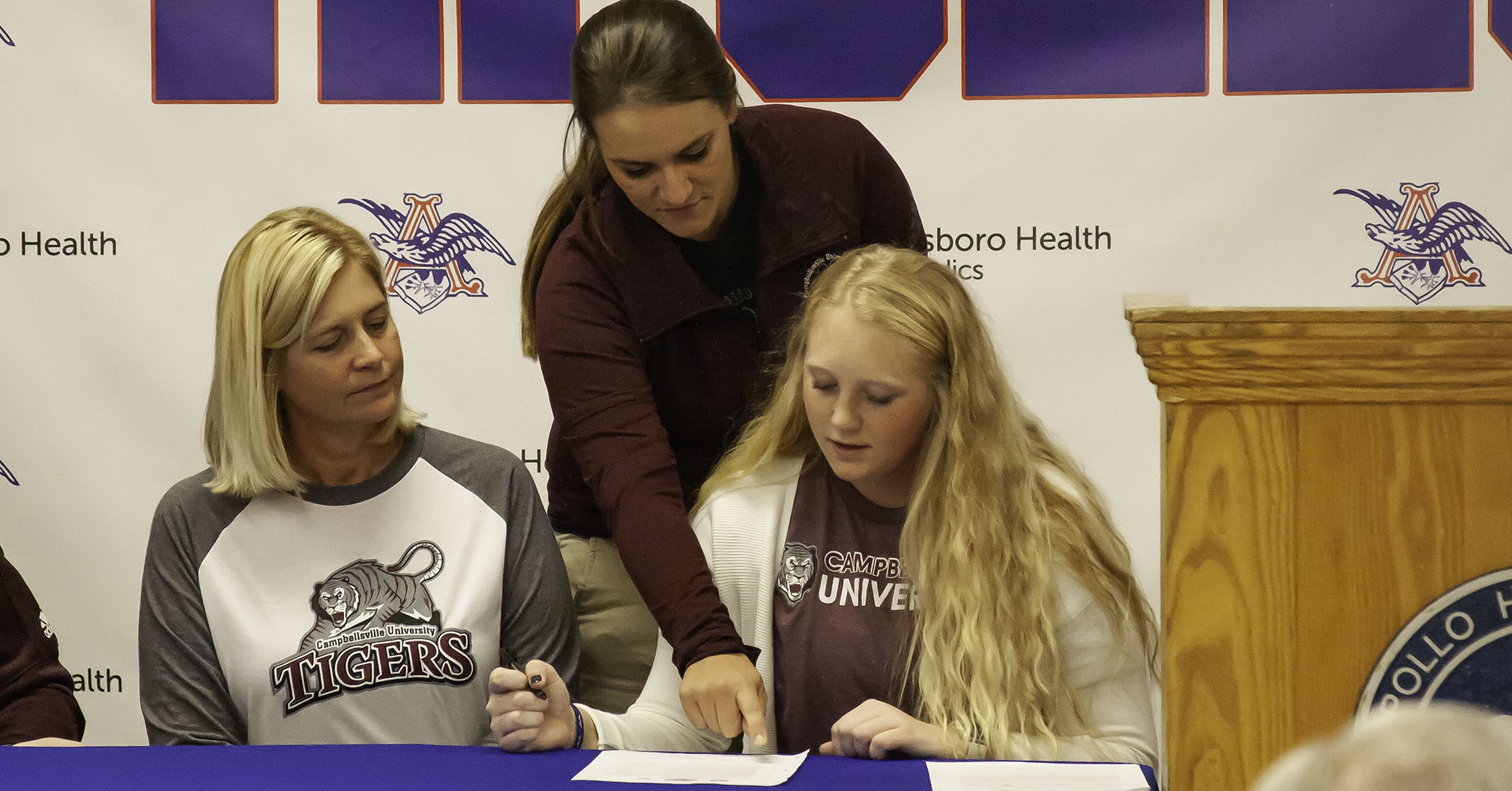 Briley Carter (right) signed with Campbellsville University on Wednesday to continue her golfing career after eight seasons with Apollo. | Photos by Ryan Richardson

Apollo senior Briley Carter signed with Campbellsville University to continue her golfing career at the next level.

Briley said she’s looking forward to the opportunity, but knows it could be a challenge.

“It’s nerve racking and exciting at the same time,” she said. “I’ve been under my dad’s wing playing sports, so next year will be a whole different level of intensity and experience and talent.”

Her dad Jarrod, who also served as her high school head coach, said he’s proud that all her hard work paid off.

“I think that’s every kid’s goal,” he said. “They want to play at the next level. I’m proud of her for that. We put a lot of work in over the years, and this is an accomplishment. As a parent, it really pays off the time and money that you invest in her getting better at something, and then taking that to the next level.” 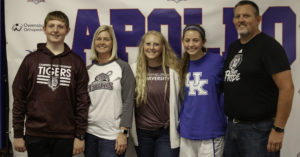 Goodin was on the course with one of her players, and Briley’s group was playing one hole ahead. All it took was one swing on the tee box to catch Goodin’s attention.

“I literally saw her hit that one ball, and I stuck around and stayed with her throughout most of that day and just watched her play,” Goodin said. “I liked her technique, I liked her swing, and I liked her attitude.”

The Carters and Goodin talked more after the match, and it eventually led to Wednesday’s signing.

Briley earned several awards in her career — most notably winning multiple Go Junior Golf Series and finishing as city-county champion in 2017 and runner-up in 2018 — so the talent is evident is her game. She knows she’s still got room to get better.

“I’m going to have to improve on keeping my emotions under control,” Briley said. “That’s what really got to me in high school.”

Goodin expects Briley to make an impact right away, something not every high schooler can do in the first year of transition to college.

“She’s got a lot of distance and power,” Goodin said. “I think short game is something we’re going to work on specifically. We’ve already talked about that and we’re going to concentrate on it. I think she’ll make an impact right away. Most college golfers come in and struggle in the beginning, but she’s not going to.”