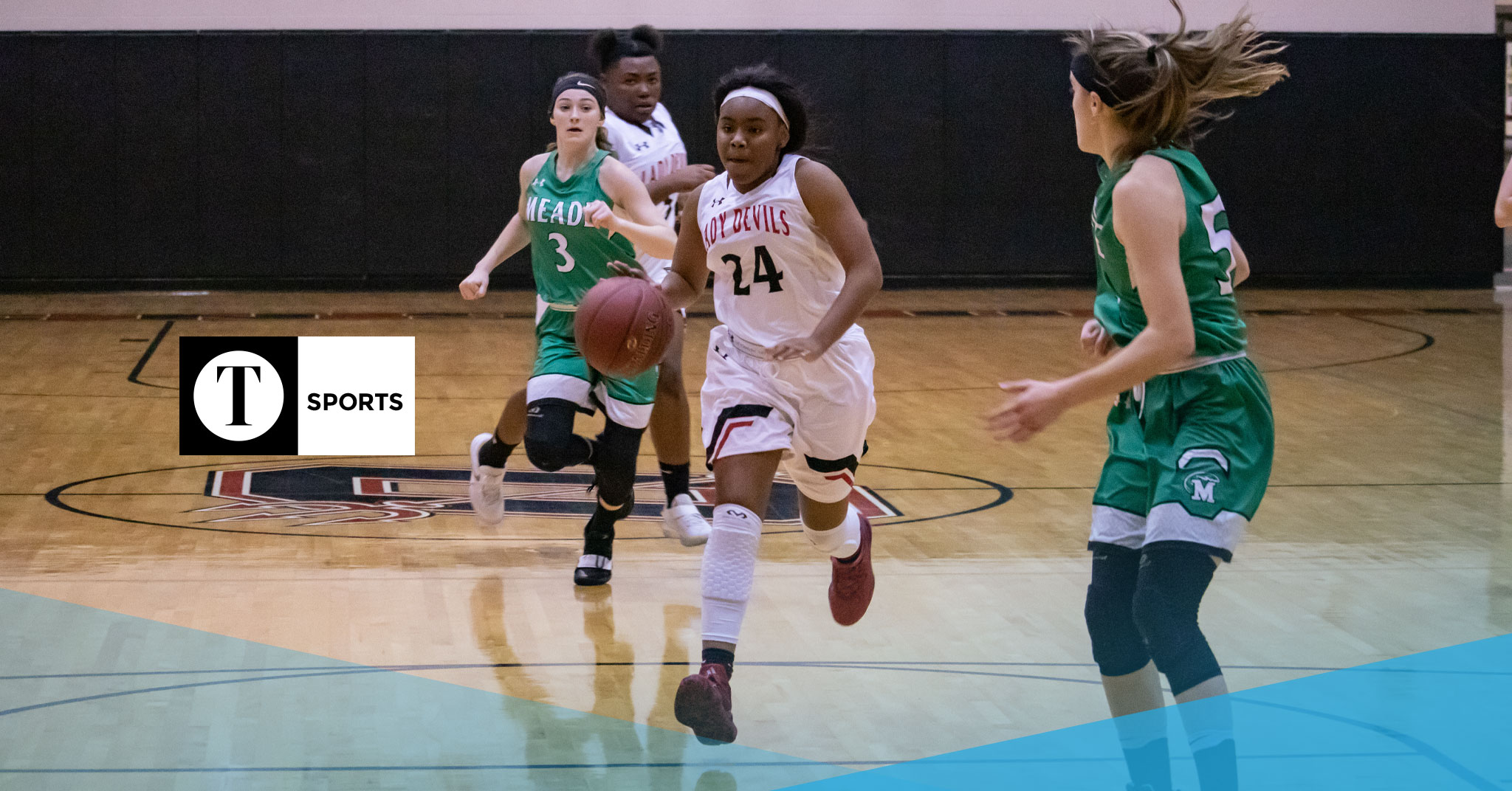 BOYS’ BASKETBALL
Owensboro 72, Union County 56
After a close start, the Red Devils (1-0) pulled away in the first half to pick up a road win over the Braves (0-1). Darrion Wimsatt carried the load with 31 points, including six 3-pointers.

Gavin Wimsatt had a double-double with 10 points and 12 rebounds, and Jaiden Greathouse nearly matched him with 8 points and 10 rebounds. Other scorers for Owensboro were Isaac Humphrey (10 points) Aireon Phillips (7 points), Monte Owsley (4 points, 5 rebounds) and Adonte Greer (2 points).

Owensboro Catholic 103, South Spencer (Ind.) 36
The Aces (1-0) had no trouble en route to a dominating victory on the road to open the season, scoring at least 24 points in each period.

The Aces play their home opener Friday against Meade County.

Trinity 70, Frederick Fraize 32
The Raiders (1-0) jumped out to an early lead and rolled to a big road victory over the Aces (0-1) to open the season.

Trinity will play their home opener Thursday against Henderson County.

GIRLS’ BASKETBALL
Owensboro 60, Meade County 58
The Lady Devils (1-0) picked up a win on at home to open the season by taking down the Lady Waves. Tayonna Greer tied for the team lead with 18 points, including the go ahead 3-pointer with less than a minute to play.

The Lady Devils return to action Friday when they play Lynn Camp as part of the Trinity Shootout weekend tournament.

Trinity 65, Frederick Fraize 46
The Lady Raiders (1-0) opened their season with a road win over the Lady Aces (0-1). A strong first period from Cassidy Morris help put Trinity in front and they maintained the lead the rest of the way.