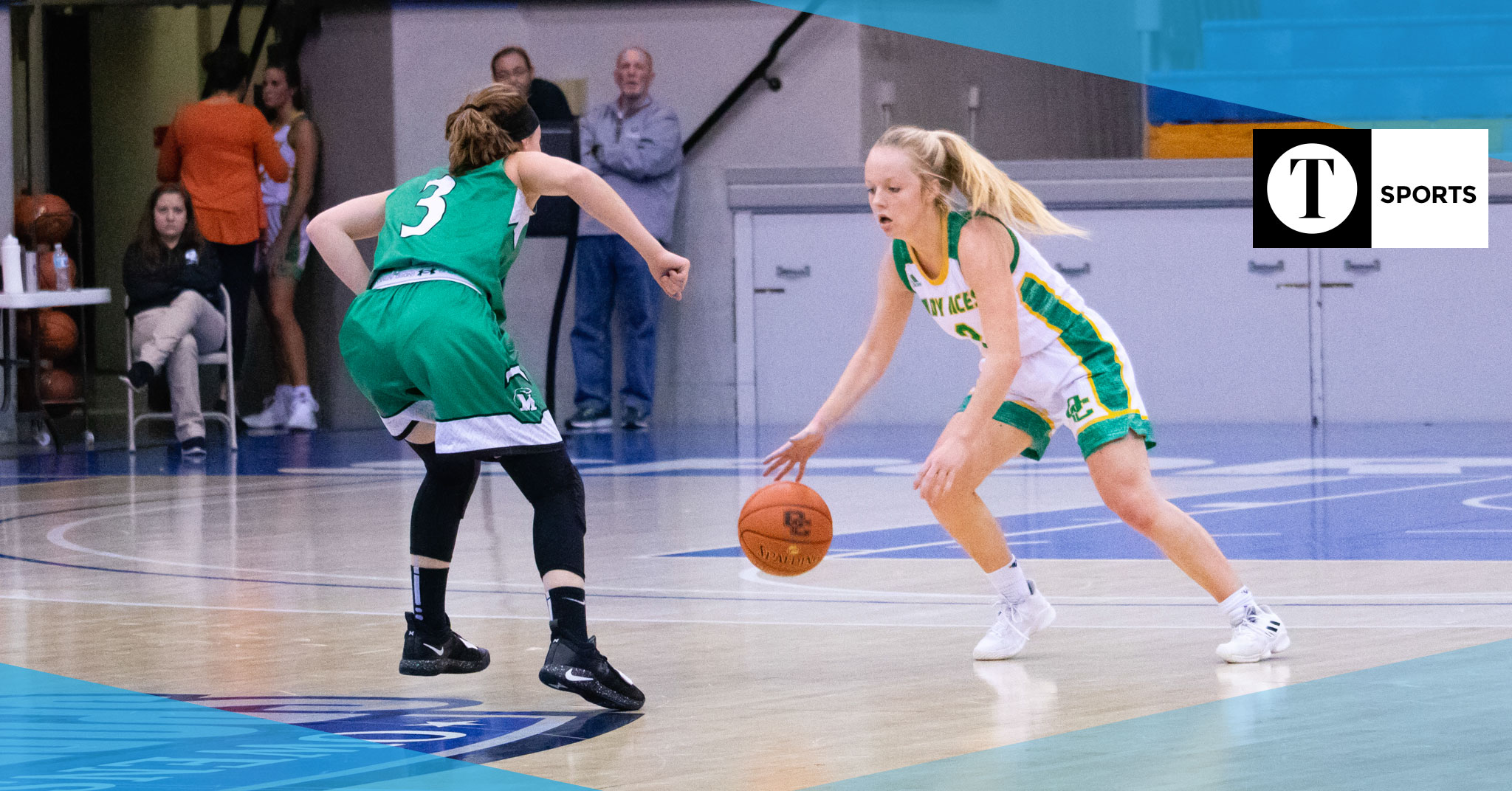 Caroline Reid brings the ball up the court for Owensboro Catholic in Thursday's win over Meade County. | Photo by Marc Ray

Mackenzie Keelin led the way with 21 points to go along with five rebounds and three assists. Sarah Beth Clemens had 16 points and six rebounds, and Hannah McKay added 10 points and eight rebounds.

The Lady Aces play Butler at 6 p.m. Saturday as part of their own tournament, the Independence Bank Classic hosted at the Sportscenter.

Graves County 75, Trinity 27
The Lady Raiders (1-1) kept it close in the first quarter before the Lady Eagles (1-0) pulled away for the win as part of the Marshall County Hoopfest.

Trinity returns home today to play Fort Campbell in the Trinity Shootout, which will continue on Saturday.