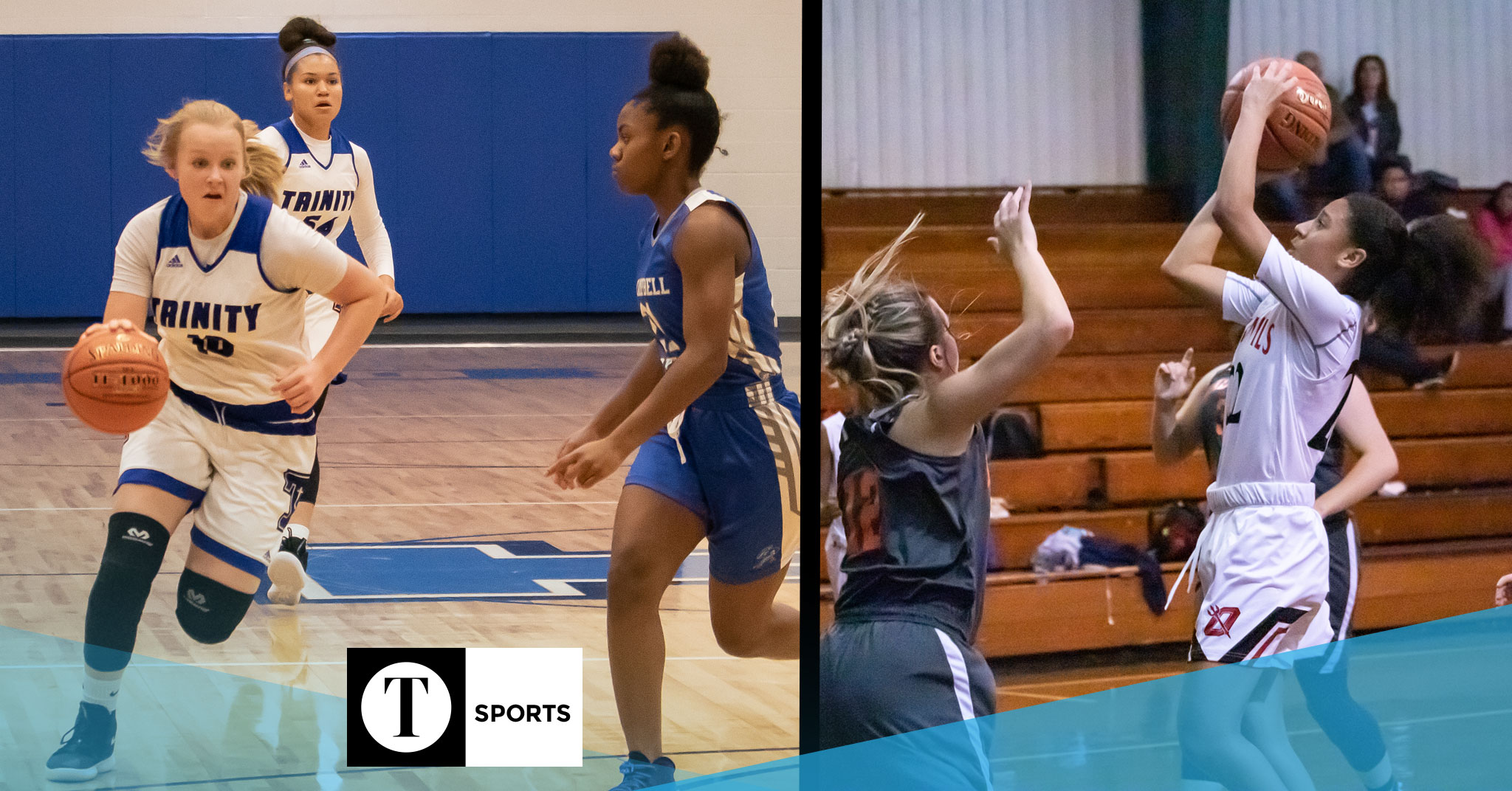 Cassidy Morris (left) brings the ball up the court for Trinity against Fort Campbell. Amaya Curry (right) goes up for a shot for Owensboro against Lynn Camp. Both games were part of the Independence Bank Shoot Out hosted by Trinity. | Photos by Marc Ray

Owensboro plays two game today to finish out the tournament with games against Trigg County and Fort Campbell.

Trinity 69, Fort Campbell 9
The Lady Raiders (2-1) had no trouble getting past Fort Campbell in the first night of the Independence Bank Shoot Out at Trinity High School (0-3).

Head coach John Cummings said his team came out with a lot of intensity and it was a good bounce back from a tough loss Thursday night.

Trinity plays again today against Cannelton (Ind.) in the final game of the tournament.

Apollo returns to action today at 7 p.m. when they host Trinity. 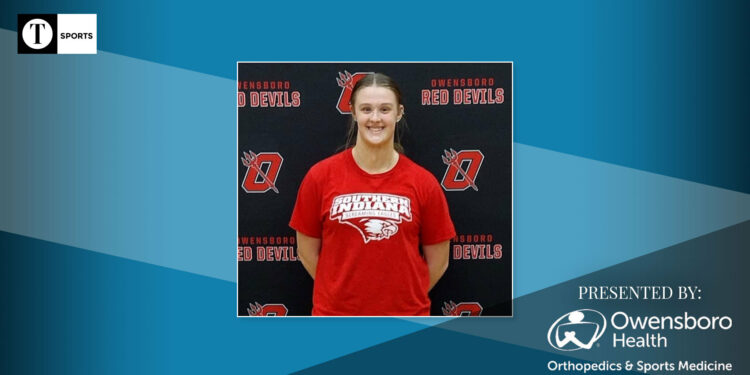