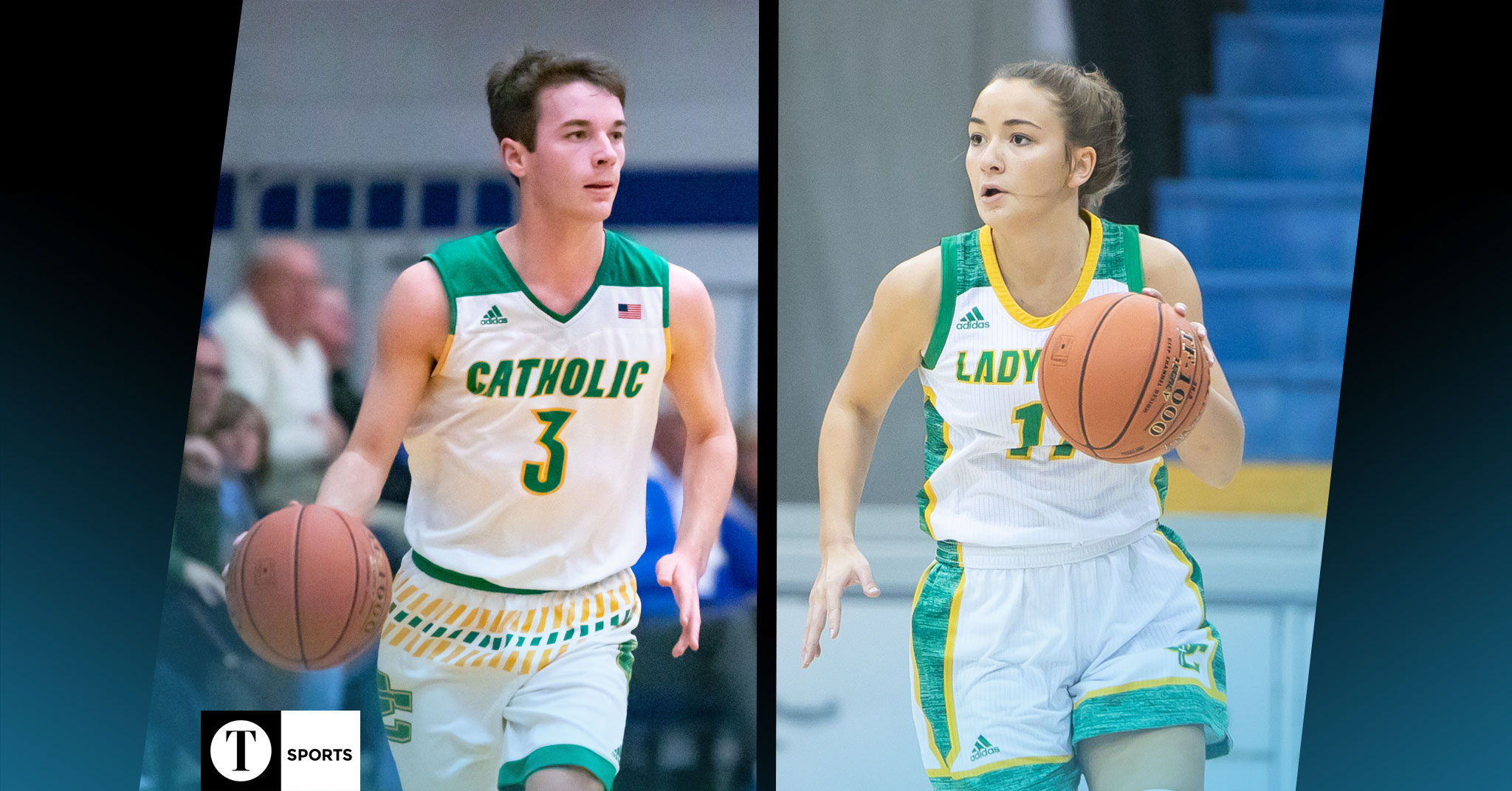 After sweeping the 3rd Region All “A” Classic a week ago, both Owensboro Catholic basketball teams are headed to the state tournament that begins Wednesday. The tournament will be held at Eastern Kentucky University’s McBrayer Arena in Richmond for each round of competition.

The Lady Aces play Wednesday and the Aces are in action Thursday. Read below for information on the first and potential second rounds for each Owensboro Catholic team. For full schedules, click here for girls and click here for boys.

GIRLS
The Lady Aces (13-6) will begin play Wednesday at 12 p.m. CST, facing a Brown (10-8) team that hasn’t advanced to state since 1998. The Lady Aces missed out on the tournament last season, marking the first time they didn’t make the field since 2005.

Should they advance to the second round, Catholic could face Murray, one of the favorites entering the tournament. The Lady Tigers (17-2) are defending champions and also won in 2016, and it’s their eighth appearance in a row.

Murray would first have to beat Danville (16-3), who has now made it to state seven years in a row. The Lady Admirals, though, have lost in the opening round every year except 2014, when they lost in the finals.

No stranger to making the state tournament, the Lady Aces had a strong run from 2010-2016 — they won two championships and lost one, advancing to at least the semifinals each season during that stretch.

They currently ride a four-game win streak and have largely dominated teams playing in the 3rd Region. Against some of the perennial powerhouses, though, the Lady Aces have struggled at times to play solid from start to finish.

With plenty of threats on offense, Catholic has the ability to put up big numbers in a hurry and run up the score. Playing teams who can match that output means the Lady Aces will have to stay focused on defense, as much of their offense comes from transition opportunities.

With their half of the bracket loaded with the more talented teams, they could face the best teams in the tournament before the championship game. If they can play to their full potential, though, the Lady Aces have a shot at winning another title.

BOYS
The Aces (13-5) play at 9 a.m. Thursday against defending All “A” champion Lexington Christian Academy (15-6), who are making their sixth consecutive appearance and 15th in the last 16 years. In the four years prior to their championship, the Eagles lost in the semifinals three times.

The Aces are making the trip for the third consecutive year, and they’ve also made a handful of appearances dating back to 2005.

If the Aces make it past the Eagles, their second-round game could potentially be an easier matchup. Owensboro Catholic would face the winner of Campbellsville (10-9) and Mayfield (15-6).

Mayfield is also making their third consecutive trip to the tournament, losing in the quarterfinals in 2017 and semifinals a year ago. Campbellsville returns for the first time since 2015 when they lost in the opening round.

In eight trips to the tournament for Owensboro Catholic, they’ve lost four times in the opening round, three times in the quarterfinals and once in the championship (2006).

The Aces started this season strong, going 7-0 before getting into the meat of their schedule. They dropped three games in a row around the start of the new year, but have won their last four games entering the All “A” State Tournament.

Owensboro Catholic is still a young team in terms of experience, as only a handful of players have previous varsity time under their belts. Without a lot of size down low, they’ve relied on strong shooting and quick pace to take down opponents.

When they can use their defense to create turnovers, the Aces are able to push the pace and get easy buckets, often times scoring three or more times in less than a minute.

They’ll need to perform well at both ends to get out of the first round, but if they can, the Aces have the potential to make a deep run.