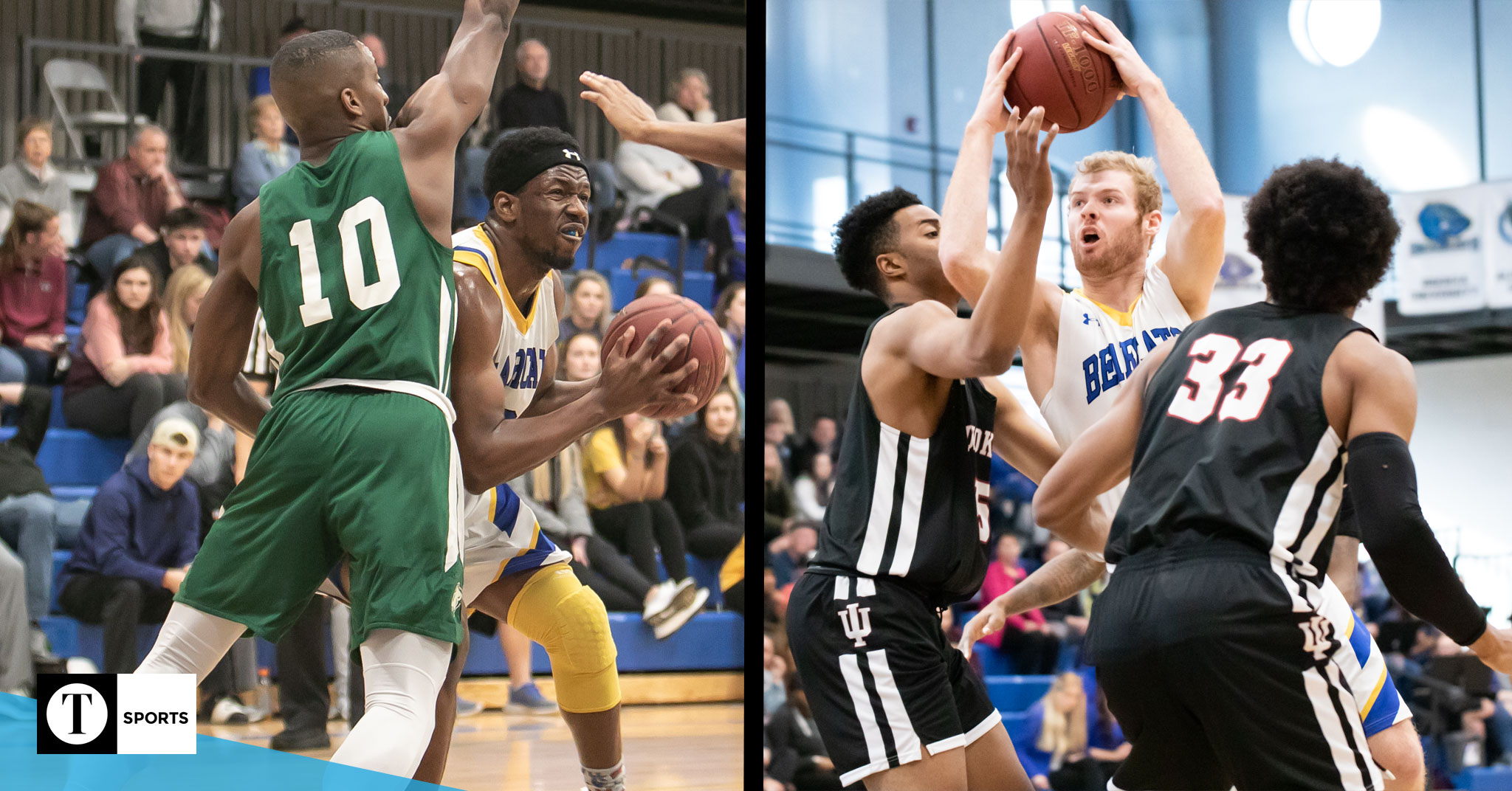 Kayode Daboiku (left) and Dillon Geralds were named to the All-River States Conference Men's Basketball Teams for their accomplishments this season. | Illustration by The Owensboro Times

A pair of players from Brescia University have been named to the 2018-19 All-River States Conference Men’s Basketball Teams for their accomplishments this season.

The duo lead the team in both scoring and rebounding. Daboiku averages 17.3 points per game and Geralds adds 16.1 per night, and they each grab 8.9 rebounds per contest.

Daboiku was also selected to the RSC Men’s Basketball Champions of Character Team. The Character Team named one player from each school who best exhibits the five character values of NAIA Champions of Character, which are respect, responsibility, integrity, servant leadership and sportsmanship. Nominated by their head coach, they are recognized for their commitment to these values.

Daboiku and Geralds led the Bearcats to one of the most prominent seasons ever, as the team knocked off a couple of ranked opponents and at one point was receiving votes nationally while sitting atop the conference standings.

Brescia earned the No. 4 seed in the West Division for the conference tournament. The tournament begins Wednesday when they travel to take on No. 1 overall seed WVU Tech, who is ranked No. 9 nationally.

The Bearcats are one of only two conference teams who beat WVU Tech this season.