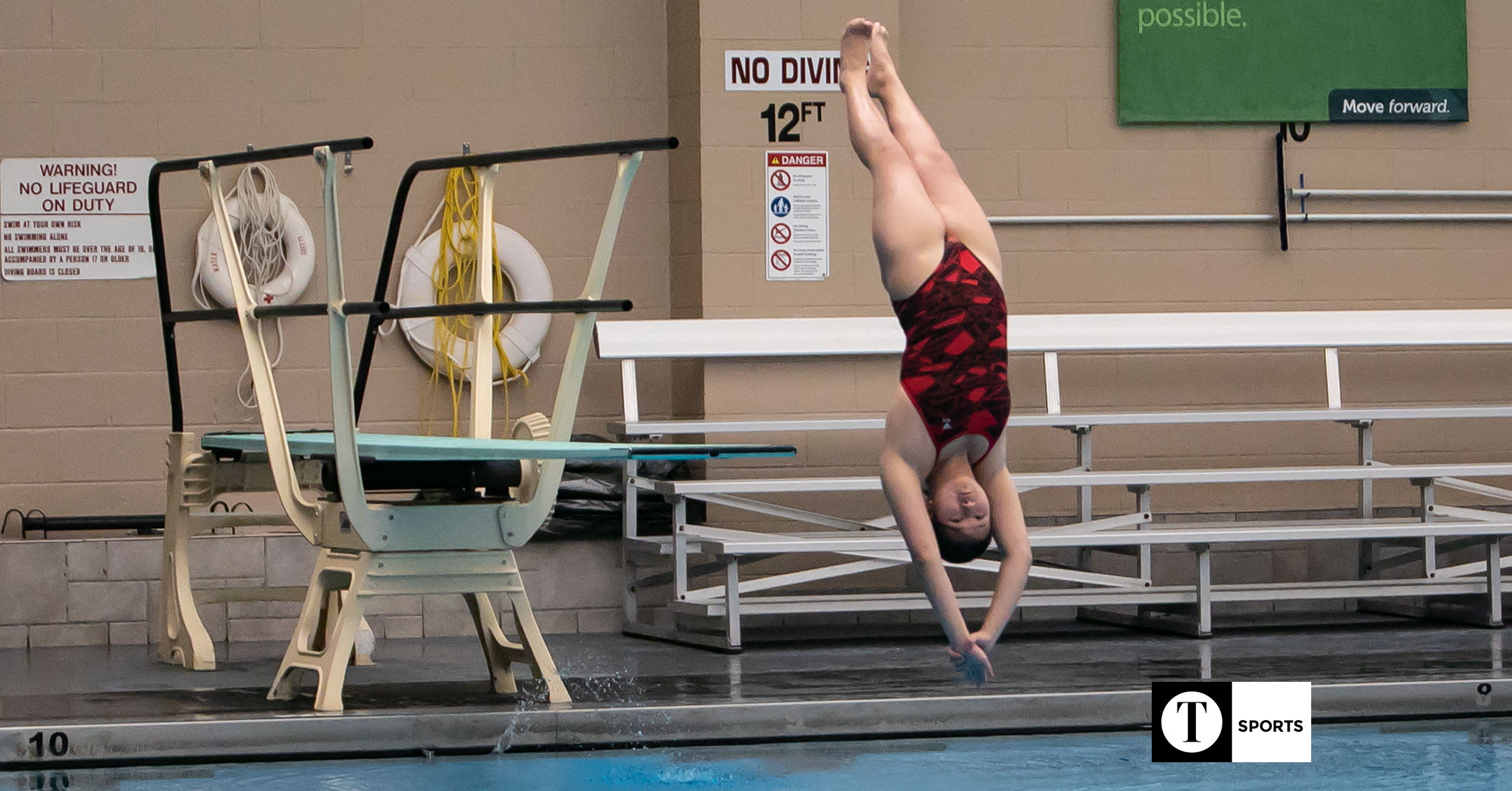 Daviess County’s Scott finished first in the girls’ competition in Tuesday’s Region 2 diving meet at the Owensboro Health Healthpark. Owensboro’s Warren finished third, so she’ll have to await the results from the rest of the region meets before knowing for sure if she advances.

The top two divers from each region get the automatic bid to state. All remaining entrants are then ranked top to bottom — regardless of region — and the top 22 move on as at-large selections.

Scott said it wasn’t her best day, but she’s still excited to finally bring home the title of region champion.

“It’s amazing,” Scott said. “I’m so excited. I’ve been diving for four years. I was really hoping I would win this year. I’ve been working really hard. There’s a couple of things I wish I would have done a little bit better, but I still won so I’m happy with how I did.”

Don Clark, who coaches all the high school divers in the county, said he wasn’t surprised Scott won. As Scott makes the return trip to state, Clark is hoping she’ll advance farther than last year, when she failed to make the second cut.

“She’s probably one of the hardest working athletes I’ve ever been associated with,” he said. “The goal is to qualify for the last day. I’d like to see her get past the second cut and get to dive on the final day.”

Scott said she’d like to finish near the top, but making it to the final day is the main goal. With her experience in the state meet, she’s hoping this will be the best finish she’s had.

“I kind of know what to expect so I’m not really scared anymore,” Scott said. “It’s more laid back for me, so I’m not nearly as freaked out. When you’re stressed, bad things happen.”

For Warren, she’s happy with third place as a freshman. She finished fifth as a 7th-grader and fourth a year ago, so she’s glad to move up.

“I feel like I did really good,” Warren said. “I was just here to have fun.”

Even with a fourth-place finish last year, Warren advance to state with her score. Tuesday’s results were even better, so she’s confident she’ll move on. Warren said she just wants to enjoy the experience if she goes, but making the first cut would be a nice way to end the season.

“I don’t really expect anything,” Warren said. “I just want to have fun and enjoy it. Last year I didn’t make it past the first round, so maybe this year I can.”

The 2019 Pannell Swim Shop/KHSAA State Swimming & Diving Championships will be held Feb. 21-23 at the Ralph Wright Natatorium in Louisville.