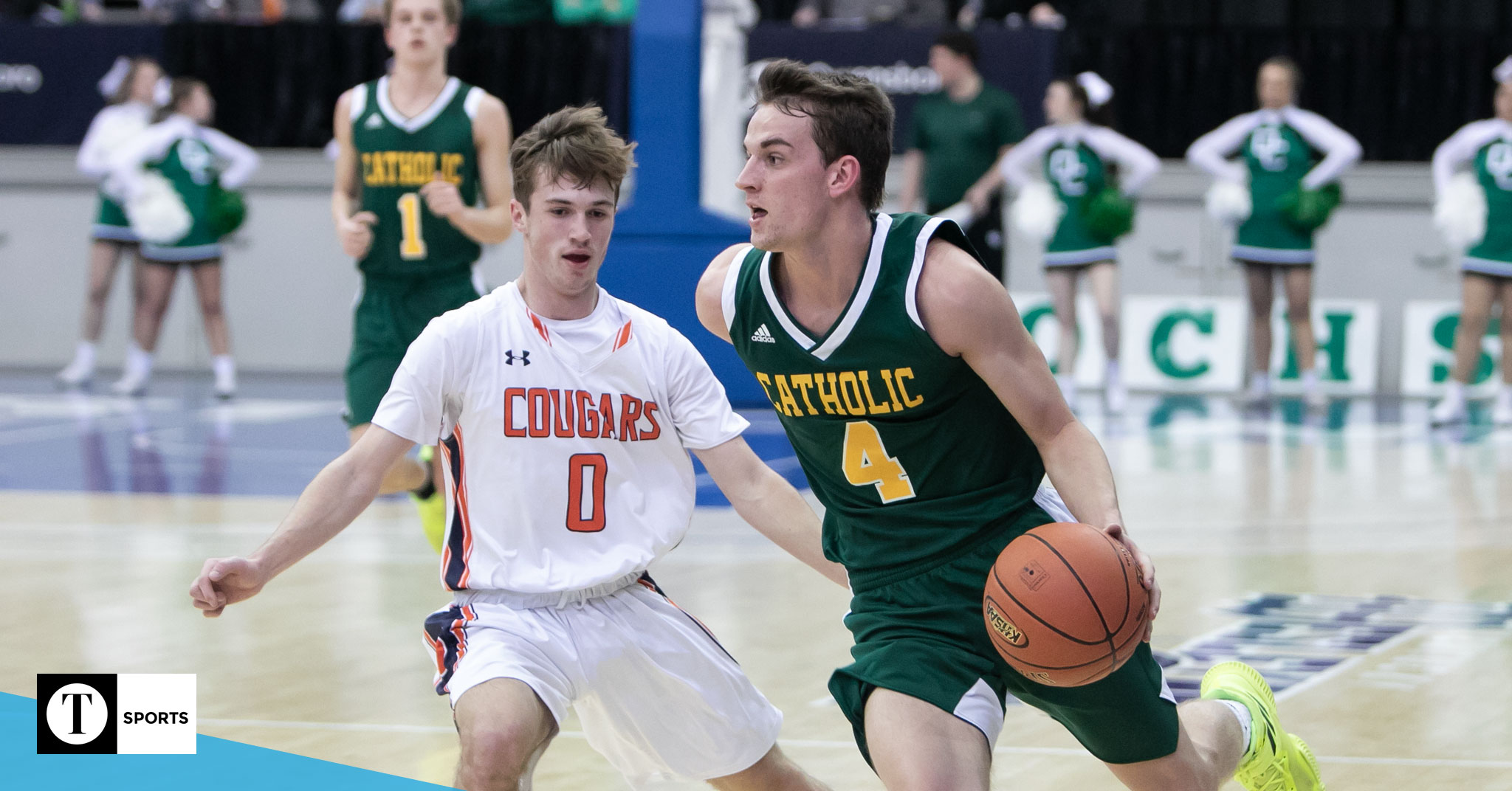 John Parker drives to the lane in Owensboro Catholic's win over Grayson County in the opening round of the boys' basketball 3rd Region Tournament. | Photo by Ryan Richardson

The Owensboro Catholic boys’ basketball team is headed to their fourth consecutive appearance in the semifinal of the 3rd Region Tournament following Monday night’s 58-34 win over Grayson County.

It was slow-going for the Aces (18-11) early on, but the offense found a groove in the second half to pull away for a dominant victory over the Cougars (17-14).

Catholic took their first lead on a bucket by John Parker down low with 1:10 to go in the opening period. Parker then scored on a spin move to the rim and converted the and-1 for a 14-12 advantage early in the second, and the Aces never trailed again.

Parker finished with a team-high 13 points, but more importantly stepped up in the second half to finish with 13 rebounds.

“That’s what he does better than anything,” said head coach Tim Riley. “He can really rebound the basketball.”

Grayson County kept the pace slow and never trailed by more than 5 points in the first half, and they faced a 22-17 deficit at the break.

“I thought we played like a nervous bunch the first half,” Riley said. “You could see it how we ran the first half, how we screened for each other and how we moved on defense. We can’t do that in the next round and expect to advance.”

Catholic started the third quarter with a 14-3 run, and the Cougars didn’t have a response. They continued to add to the lead throughout the final period.

“I thought we just got better offensively,” Riley said. “When you only score 22 points (in a half) it’s hard. We had so many opportunities we missed.”

The Aces’ defense was solid all night, and they held the Cougars to less than 10 points in each quarter. Riley knows that probably won’t be the case when they play again on Friday.

“We’re going to have to score better than we have because Breckinridge County is going to score some points,” he said. “The last two games, we have not scored the basketball really well.”

The Aces will face the Tigers (27-3) at 6:30 p.m. Friday for a spot in the championship. In the lone meeting early this season, Catholic edged Breckinridge County 79-73.

In their last 12 games, the Tigers have scored at least 65 points 11 times and scored 76 or more six times. In the last 11 games for the Aces, they’ve scored 62 or less each time.

Riley said he wouldn’t expect anything other than a difficult game at this point in the year.

“They’ve got a veteran basketball team,” he said. “It’s going to be a hard game. The regional semifinal is not supposed to be easy.”