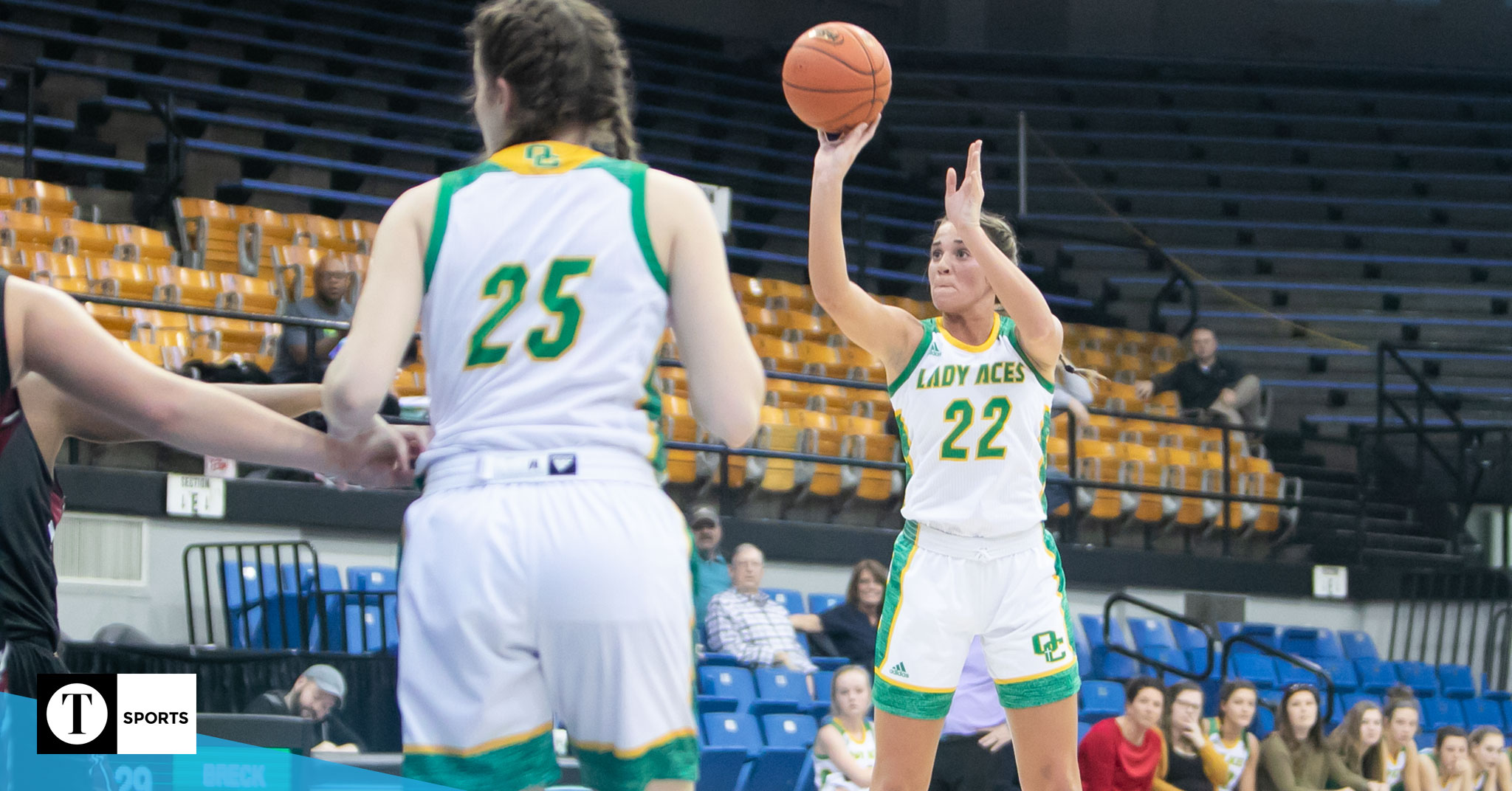 The Owensboro Catholic girls’ basketball team wrapped up the regular season with a 56-45 home win over Breckinridge County on Wednesday. The Lady Aces (22-7) finish 12-0 against 3rd Region opponents, and they won each of those games by at least 10 points.

The Lady Tigers (18-9) trailed most of the game but got within 1 point a few times in the third quarter before Catholic pulled away in the fourth.

Hannah McKay finished with 24 points, and her got start helped the Lady Aces go in front in the opening period. Breckinridge County was up 6-5, but McKay closed the first quarter by personally outscoring the Lady Tigers 8-2. They extended their lead slowly through the second, when head coach Michael Robertson said they started playing more as a team.

“I thought we were playing very selfish up at the very beginning of the game,” he said. “I thought we looked to ourselves instead of making the extra pass and hitting the open person to get the cleans looks. We also didn’t shoot the ball very well tonight.”

A putback by Mackenzie Keelin to start the second half gave Catholic their biggest lead at 28-15, though the Lady Tigers took just over 3 minutes to close the gap. A bucket by Kayla Young cut the deficit to 1 point. After couple of buckets by each team, Young converted an and-1 to trim the Lady Aces lead to 34-33.

Young had a chance to put Breckinridge County on top with another pair of free throws but missed both, and Sarah Beth Clemens drained a 3-pointer at the other end. Clemens added another basket to put Catholic up 39-33 heading into the final frame.

After the Lady Tigers opened the fourth quarter with a 3-pointer, Clemens scored again and the Lady Aces maintained at least a two-possession lead the rest of the way.

A short run by Breckinridge County got them within 51-46 with 1:30 to play, though McKay scored on a cut to the basket and added a pair of free throws to put the game away on the next possession.

Robertson said he saw plenty of athleticism by McKay. When she and the team pushed the pace, he said, they had success.

“She got some steals and got out and ran,” he said. “(Breckinridge County) turned their heads and she’s gone. I thought Spencer (Harvey) made some good passes up to her. I’m sure there’s others that made passes to her. When we got out and ran today, we looked really good. The problem is we didn’t get out and run the whole time.”

Catholic is off until Monday, when they kick off the 9th District Tournament at 6 p.m. against Daviess County. All games will be played at Apollo.