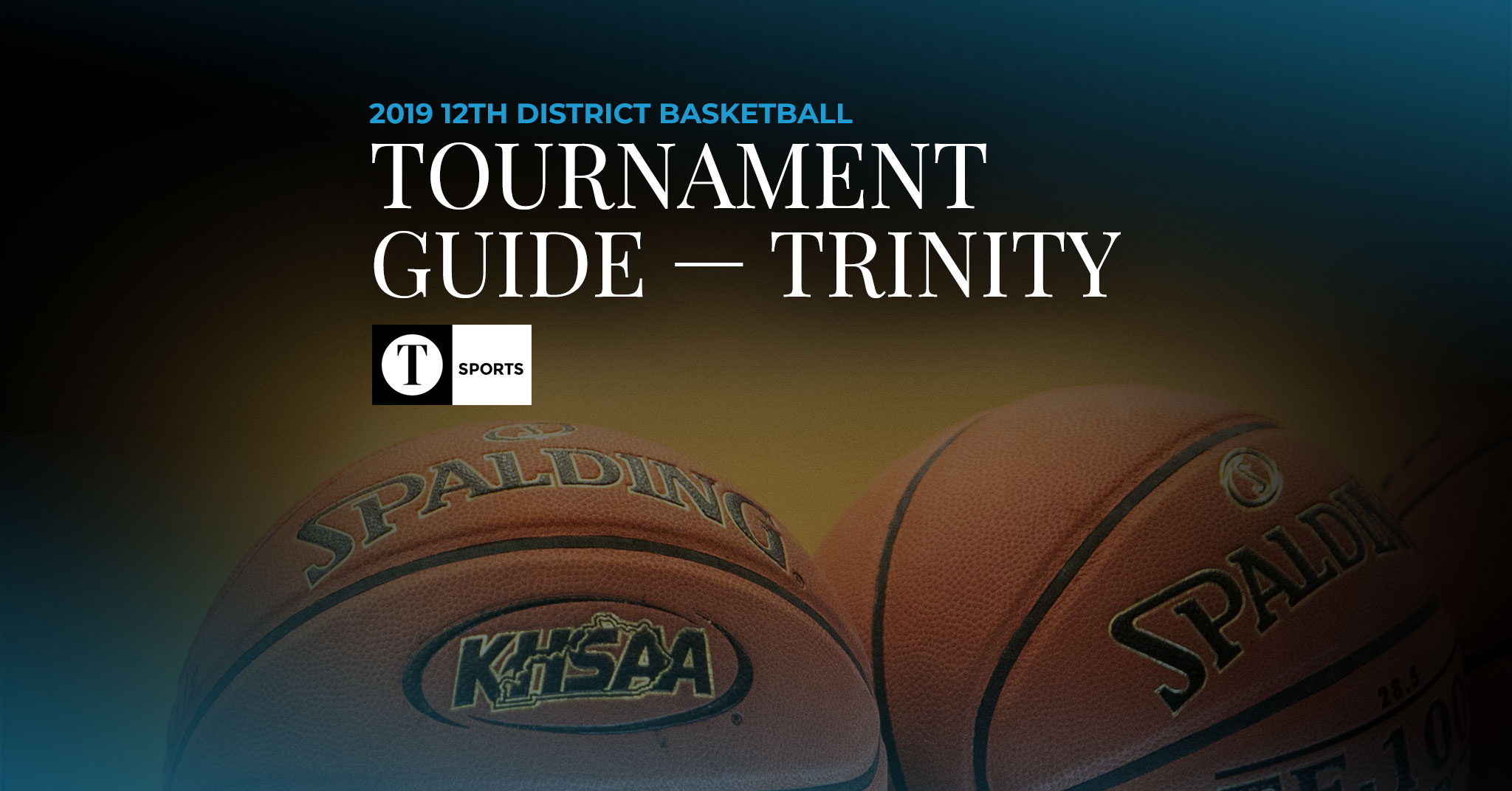 The Trinity basketball teams will have one of the best chances in recent years to advance out of the district tournament, though they’re both technically underdogs based on seeding. All games are being played at Edmonson County.

The Lady Raiders are the No. 3 seed and will play today in the girls’ 12th District Tournament against No. 2 Grayson County. The Trinity girls have not advanced to the region tournament since the realignment to the 12th District in 2005-06, but they’ve got momentum heading into postseason.

The Raiders are trying to advance to the region tournament for the first time in a decade, though a rough end to the season left them with the No. 4 seed. They’ll have to fight hard to take down No. 1 Grayson County when they play on Tuesday.

The top two teams will automatically advance to the 3rd Region Tournament, which will be played next week at the Owensboro Sportscenter. See a full tournament schedule and brief team bios for both the Trinity girls’ and boys’ below.

No. 3 seed — Trinity
Overall: 11-17 | Region: 8-13 | Trinity: 2-4
It’s been somewhat up and down for the Lady Raiders throughout the year, but they enter the district tournament after posting impressive back-to-back wins to close out the season. After sliding past Owensboro, Trinity took down Ohio County in the final game.

They split the regular season meetings with Grayson County, and both games were close until the end. On the heels of two of their best wins, the Lady Raiders will try to avenge their loss to the Lady Cougars from less than two weeks ago.

With a small roster, Trinity relies on everyone to contribute each night. Cassidy Morris and Nina Wathen have been consistent leaders all season, while Josie Aull and Morgan Kinsey have been playing especially well lately.

No. 4 seed Trinity
Overall: 13-15 | Region: 11-12 | Trinity: 2-4
A promising start to the season took a hit when big man Cameron Wright got injured, and the Raiders haven’t quite been the same since. They closed the season 3-9, though most of the losses were only by single digits.

Trinity lost to Grayson County twice during that stretch, both of which were close until the end. The Raiders are best when they can get several guys involved and push the pace, as they’ve got plenty of shooters on the team.

Trenton Morris leads the team in scoring and rebounding, but he also helps create opportunities for others. Joe Brown can be dangerous on the 3-point line, and Ethan Howard adds another scoring threat for Trinity.