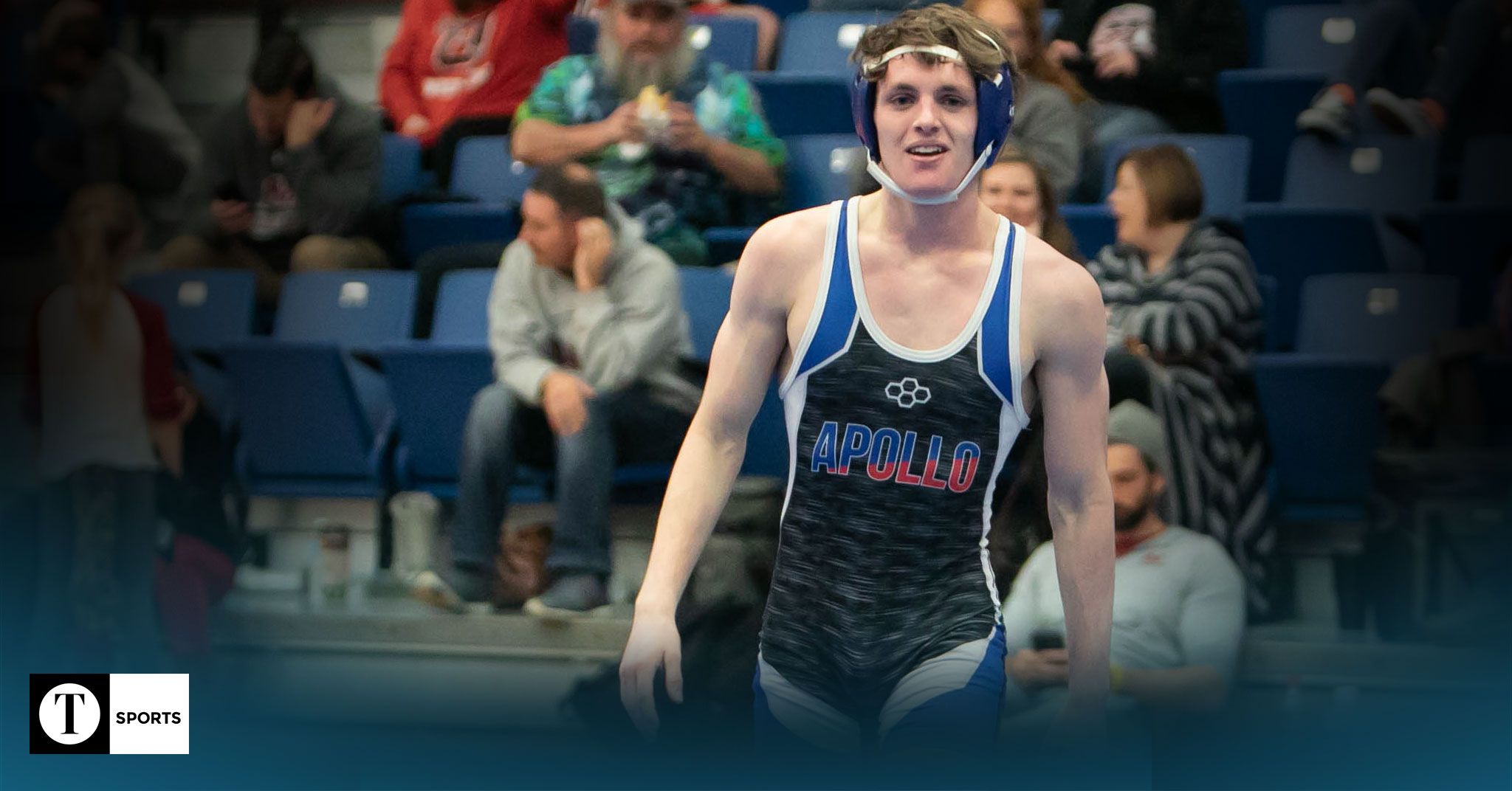 Apollo’s Preston Mattingly has been named The Owensboro Times 2019 Wrestler of the Year. | Photo by Ryan Richardson

After a season in which he dominated opponents on his way to a state title, Apollo’s Preston Mattingly has been named The Owensboro Times 2019 Wrestler of the Year.

Mattingly is the first state champion in program history, and he blew through the competition to finish the year 51-0. It was a 12-year journey for Mattingly to finally bring home the title, but head coach Lee Mitchell knew this was his wrestler’s year.

“I felt good about it all season,” Mitchell said. “We wrestled a couple of pretty good kids early in the season, and I mean it wasn’t even a contest. He only had one close match the whole season, and that was the last weekend of the regular season.”

Several of his matches ended with quick pins, and none of the handful that came down to decisions were really close. Mattingly was never put on his back all season and was only taken down once.

Even before stepping on the mat this season, Mattingly expected to make a run at the title. Still, he shocked even himself.

Two years ago, Mattingly finished runner-up at state. Last year, his undefeated season and chance at a title got derailed in the early rounds of state due to illness. With one last chance to come out on top, Mattingly left everything on the mat.

“We had the confidence last year and the ability, we just had a bad run at the state tournament,” Mitchell said. “Confidence, I think, is the biggest key. Every time he stepped on the mat this year, there was nor reservation or hesitation whatsoever.”

Though he’d already been wrestling for a decade, Mattingly got some extra experience by going to higher-end camps and competing in national tournaments. Even without winning there, the knowledge he gained proved invaluable.

“We knew going in if we could stay healthy, we were going to win it,” Mitchell said. “He had the confidence. He definitely had the toolbox of skills to get the job done, and he did.”

Mattingly said he was also able to constantly improve with longtime training partner and teammate Jake Insko, and the entire Apollo squad pushed each other.

“My team put in a lot of work this season,” he said. “We all individually just trained really hard. This season was not like any other. It went by really fast. But every person on the team had fun every meet.”

While he’s unsure yet what his future holds, Mattingly looks back on his time at Apollo fondly.

“We just have a really fun team,” he said. “Everybody is friends. It’s a great place to be.”