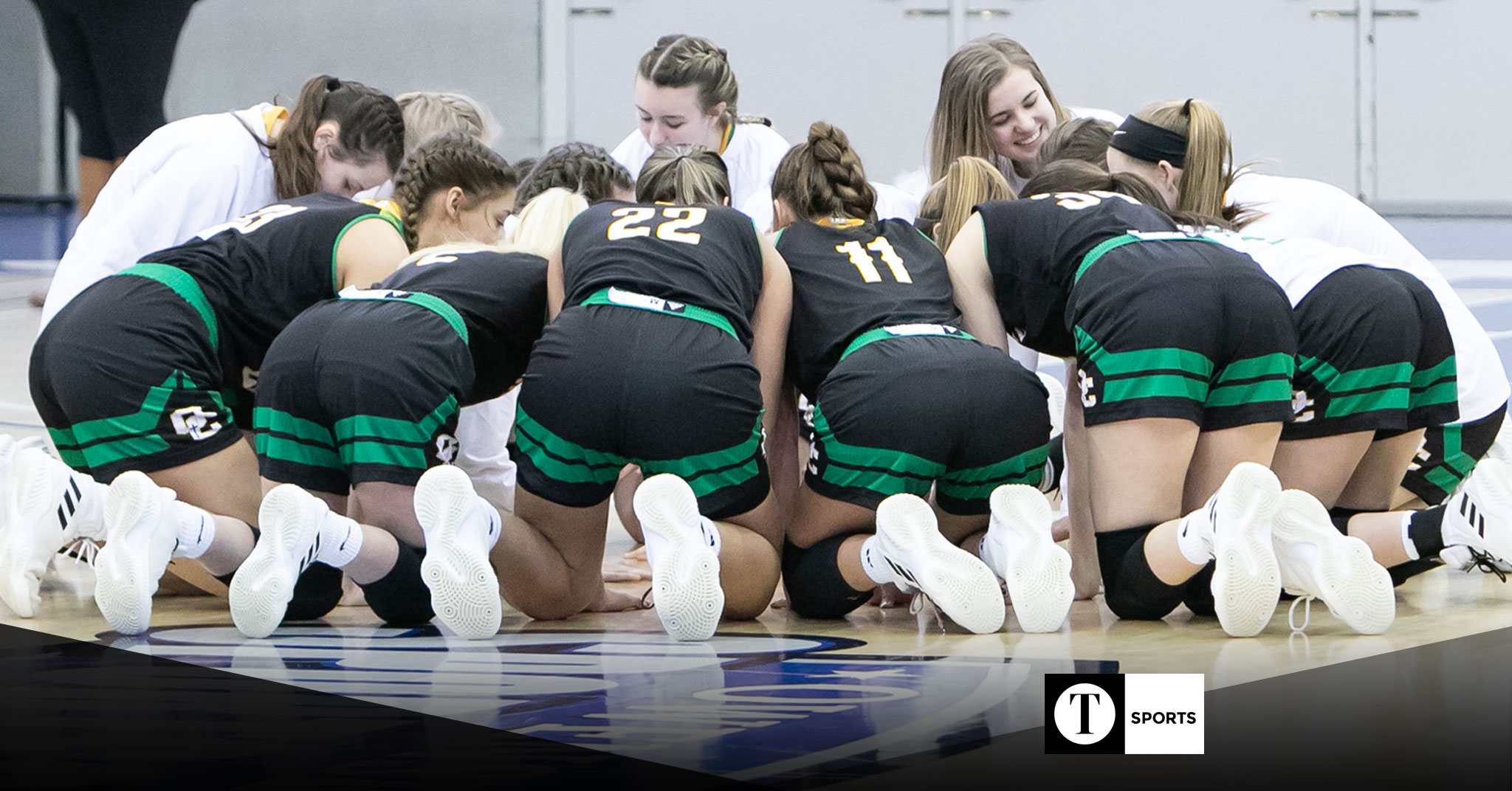 The Owensboro Catholic Lady Aces will kick off their state tournament run Wednesday at Rupp Arena. | Photo by Ryan Richardson

Fresh off winning the 3rd Region championship for the third time in only four years, head coach Michael Robertson and his Owensboro Catholic team have their sights on a state title. The Lady Aces will kick off their tournament run at 12:30 p.m. CST Wednesday in the KHSAA Girls’ Basketball Sweet Sixteen, held for the first time ever at Rupp Arena.

Though they won every game against a region opponent by double-digits this season, Robertson said it wasn’t any easy task earning the repeat trip to state.

“The bullseye was on our back all year long,” he said. “We had to bring our A game every time.”

Perhaps even more impressive than adding another region title this season was winning the All “A” state championship, their third in program history. The Lady Aces needed a buzzer-beater to get past Murray 42-41 in the second round, and then they overcame a late deficit to defeat Walton-Verona 44-40 in the final.

Their All “A” victories are their most impressive on this year’s schedule so far, and the Lady Aces (27-7) can rely on those performances as they try to bring home the first-ever girls’ basketball state championship for the 3rd Region.

First up will be a meeting with Bethlehem (29-4), who upset Elizabethtown 63-47 in the 5th Region Championship. The Banshees also competed in the All “A” Classic, falling to Walton-Verona 52-40 in the second round.

Defense has been key all season for the Lady Aces, and they’ll need to focus much of their attention on Bethlehem’s Ella Thompson, who averages a double-double with 12.2 points and 10.1 rebounds per game.

For Catholic, most of the offense runs through Hannah McKay (13.6 ppg), Mackenzie Keelin (12.5 ppg) and Sarah Beth Clemens (10.4 ppg), who account for more than 50 percent of the scoring on average.

While they don’t put up big numbers on a nightly basis, other key pieces for the Lady Aces are Caroline Reid, Spencer Harvey, Isabella Henning, Madelyn Lyon and Ally Maggard. Reid and Harvey take care of most of the ball-handling duties, while the others provide plenty of support off the bench.

After falling in the second round each of the previous two appearances at the state tournament, Catholic is hoping to finally get to the next level. Keelin, a senior making her third trip to state with the Lady Aces, said they actually have their eyes on the ultimate prize.

“We want to win it all,” she said. “That’s our one goal. We just have to keep playing really hard, play defense and do the little things.”

With the tournament moving Rupp for the first time ever, Robertson said he’s ready for the opportunity to reach new heights at such a great venue.

“Growing up in Kentucky, you can’t ask for anything more,” he said. “Let’s go up there and see what we can do. Let’s go see if we can make some noise.”