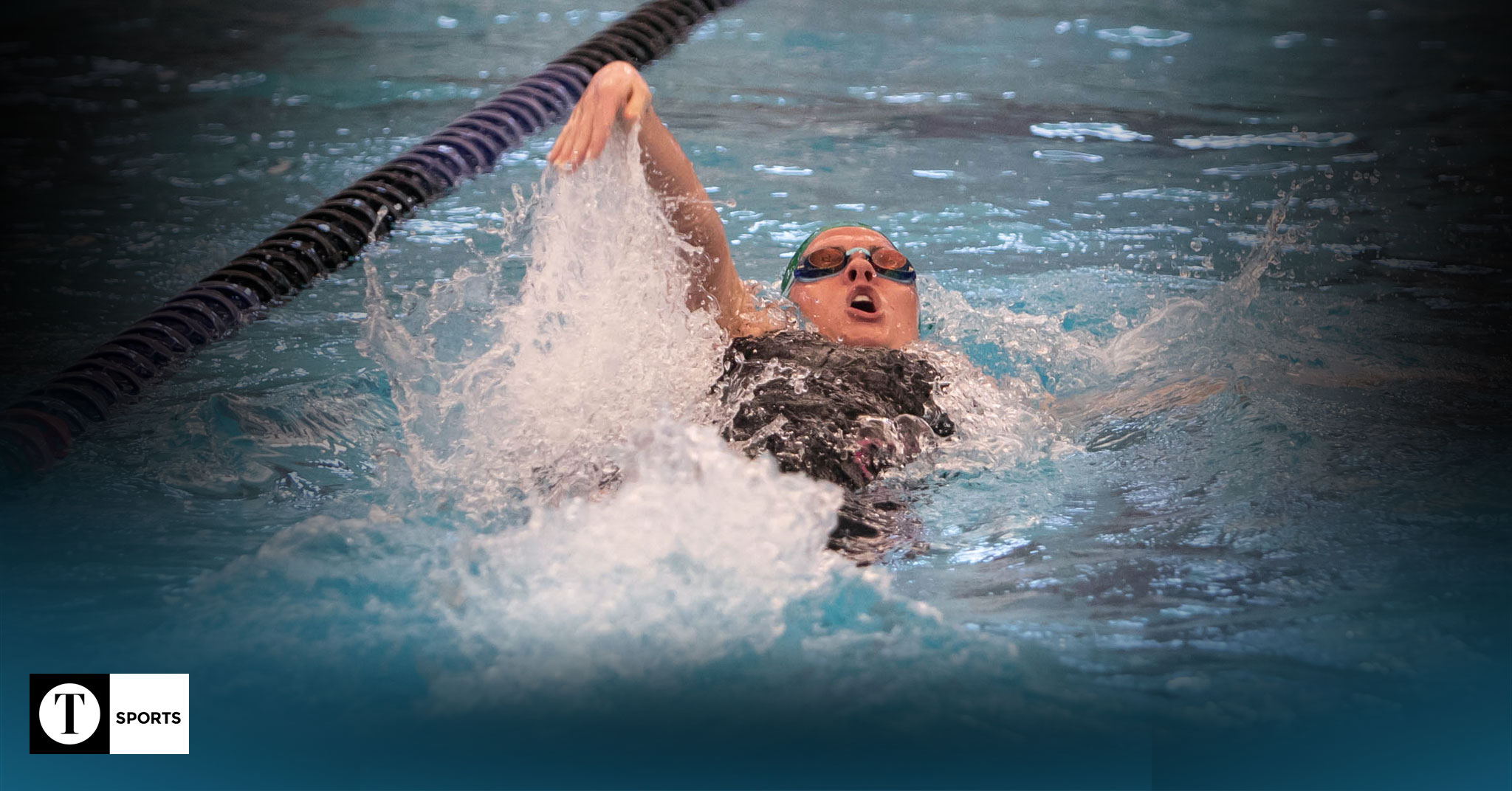 After earning a pair of top-10 finishes at the state meet to cap off a strong season, Owensboro Catholic’s Katie Hampel has been named The Owensboro Times 2019 Girls’ Swimmer of the Year.

Hampel, who also swims for the Owensboro Marlins, said she wasn’t sure what to expect this year after taking a break during the offseason.

“I took the summer off of swimming before this season,” she said. “I was worried about how well I would swim due to being behind. I really surprised myself.”

Though her times remained about the same, Hampel still was able to capture some top finishes and earn a spot in the state meet. During her performance at region, Hampel won the 100 Backstroke and finished runner-up in the 200 IM.

She went on to state, from which she brought home a medal and seventh-place finish in the 100 Backstroke and a ninth-place result in the 200 IM.

Co-head coaches Erica Crabtree and Abby Hampton said they were not surprised by the results.

“Katie has always been a competitor — it is in her blood,” they said. “We felt that Katie would do well in her last season of swimming, and that she would compete amongst the state’s best.”

Hampel decided not to continue her swimming career at the next level, and the coaches said that allowed her to have a general sense of satisfaction.

“She finished each race with a smile and didn’t get down on herself if her time was not what she wanted,” Crabtree and Hampton said. “I think that contributed to her success. She wanted to do well and finish strong and that is exactly what she did.”

Hampel said she owes her accomplishments to the long hours she put in this season.

“I’ve been successful this season because every week I would spend at least 16 hours practicing,” she said. “I always stayed focused and dedicated.”

Hampel was voted a co-captain along with Lucy Evans for Owensboro Catholic, and the coaches said the younger swimmers looked up to Hampel because of her commitment to the sport.

Hampel said her biggest improvements this season were mostly mental and internal, and she tried to share that with her team.

“The things I improved on was myself — confidence and team spirit,” Hampel said. “I tried to get to know all of the new swimmers and give them positive encouragement. I was overall very proud of my teammates and of myself. I wouldn’t change anything about this season.”