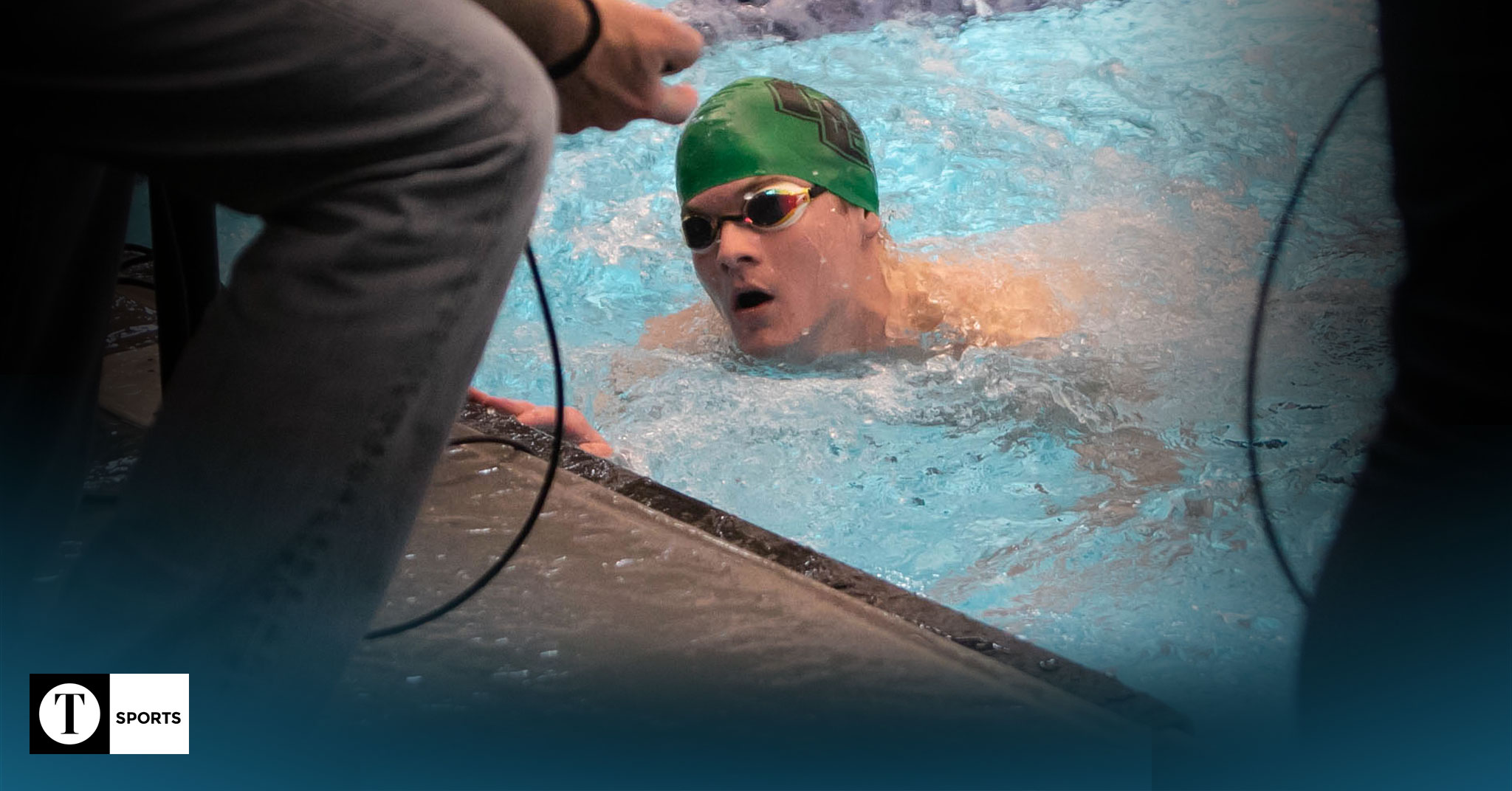 Owensboro Catholic’s Jude Neal has been named The Owensboro Times 2019 Boys’ Swimmer of the Year. | Photo by Ryan Richardson

Following a season of hard work that ended with an appearance at the state meet, Owensboro Catholic’s Jude Neal has been named The Owensboro Times 2019 Boys’ Swimmer of the Year.

As a three-sport athlete, Neal is constantly training, and his extra time in the weight room really made a difference according to co-head coaches Abby Hampton and Erica Crabtree. They said his success was a pleasant surprise this season.

“He has been a great swimmer and contributor to the team in the past, but this year he stepped up his game and gave it his all,” the coaches said. “He set personal goals and crushed them.”

Neal, who only swims in freestyle races, said his extra dedication helped trim time off some of his personal records. In a region with plenty of fast swimmers, a couple seconds made a big difference.

“I went into city-county as the favorite to win both of my races, which I did, but I did not expect to get the times I did, which was great,” Neal said. “I also went into the region meet seeded second in the 50 Freestyle and third in the 100 Freestyle, and I surprised myself by finishing first in the 50 and runner-up in the 100.”

Those finishes automatically qualified Neal for a spot in the state meet, where he finished 19th in the 50 and 29th in the 100. Hampton and Crabtree said his races at region were really the highlight of his strong season.

“It was his first time to swim the 100 in less than 50 seconds,” they said. “He was also a member of the come-from-behind 200 Freestyle relay that finished first. In our opinion it was the most exciting race of the season.”

The relay team included Samuel Clements, Joe Hayden and Cort Hobelmann. The coaches said Neal was driven to do well both individually and for his team. When senior captain Clements was practicing with the Owensboro Marlins, Neal stepped up for Owensboro Catholic.

“Jude stepped up and took on some leadership responsibilities,” Hampton and Crabtree said. “He worked with individual swimmers improve their strokes and their starts and turns.”

Neal said he did his best to help the younger members of the team, but he also continued to learn from his senior teammates.

“This season I tried my best to show confidence and leadership to the younger swimmers on the team while also looking up to my role models on the team,” he said. “Joe and Samuel showed an even greater leadership role than me, and I was very thankful to swim with them this season.”