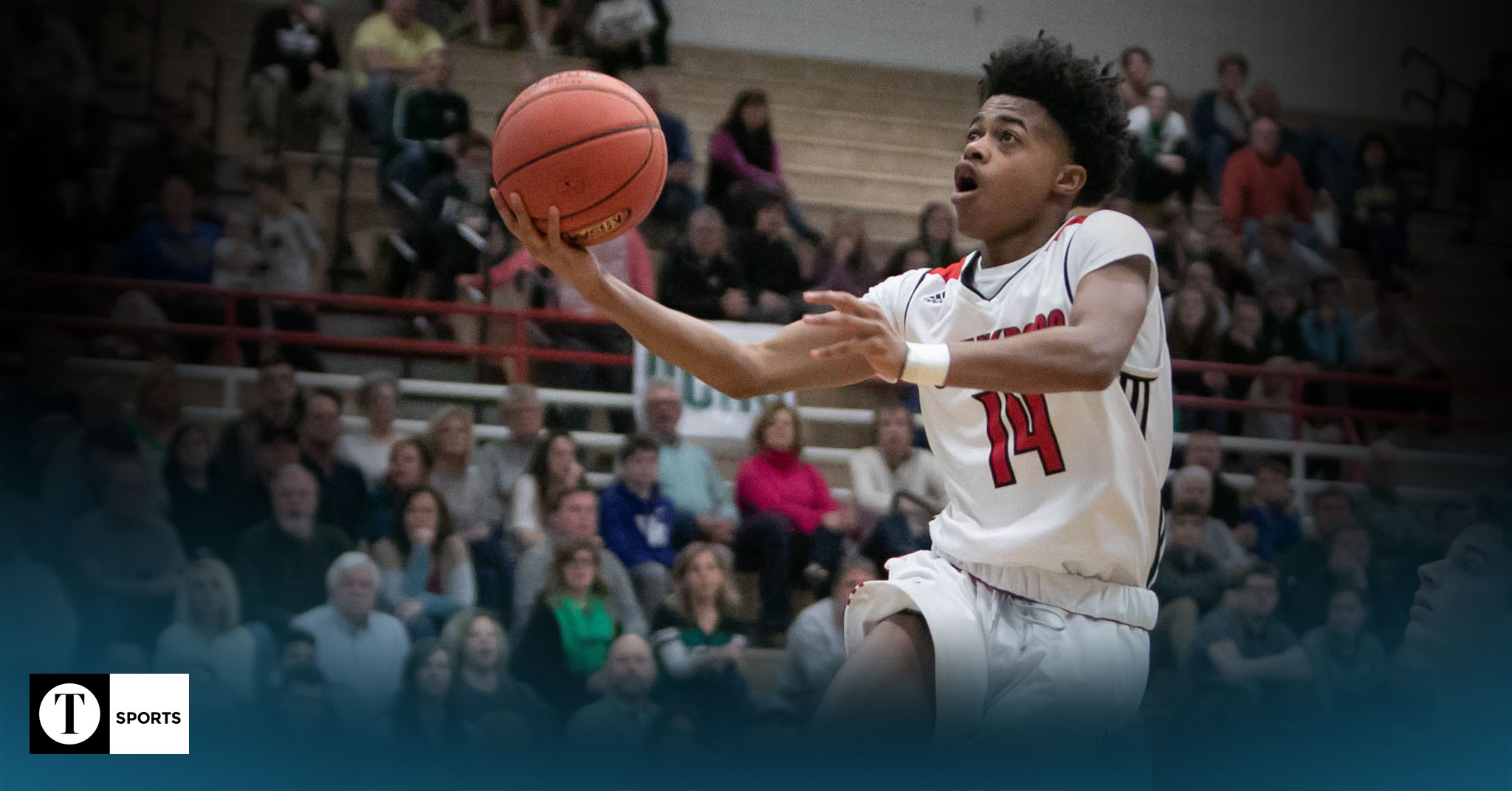 Owensboro’s Darrion Wimsatt has been named The Owensboro Times 2019 Boys’ Basketball Player of the Year. | Photo by Ryan Richardson

Following a season in which he led an inexperienced team to a state tournament appearance, Owensboro’s Darrion Wimsatt has been named The Owensboro Times 2019 Boys’ Basketball Player of the Year.

Wimsatt was the lone returning player with significant varsity experience for the Red Devils. Head coach Rod Drake said as Wimsatt and the rest of the team bonded, they helped each other get better.

“He made us a lot better team than we were in the beginning,” Drake said. “Once he started to trust in his teammates, that’s when we started to excel as a team. He’s become a better basketball player.”

Speaking after their first-round win in the region tournament, Wimsatt said the Red Devils took some time to find their potential.

“I feel like I made my teammates better and just played consistent throughout every game of the season,” he said. “I just tried to bring leadership to my team. We started off kind of rough in the beginning because we didn’t really have an identity. But now everybody knows their role, and we just play together and have fun.”

As the key figure in the OHS offense, Wimsatt developed a well-rounded attack. Already a threat off the dribble, he added the long ball to become dangerous everywhere on the court.

“Darrion was a straight line driver,” Drake said. “We knew the potential was there. Once he started to slow things down and trust his teammates, they made him better and vice versa. He’s very versatile. He can shoot the 3 or he can blow past you left or right. He’s hard to guard.”

Wimsatt averaged 19.0 points per game and hit 47 3-pointers on 138 attempts this season. He was also the best free throw shooter for the Devils, knocking down 120 with an 82 percent average.

While he had to fine-tune his skills, Wimsatt said he never doubted his abilities.

“I feel like I’ve always been able to do that,” he said of his ability to both make shots inside and control the ball. “I’ve been able to handle the ball since I was really small.”

His drive and confidence made Wimsatt an easy player to coach, Drake said, and he always pushed himself.

“He brings it every day,” Drake said. “He’s never had a game or practice where we had to prod him. He’s been a joy to coach. I knew he could be pretty good, but I didn’t know he would excel to this level.”

Wimsatt said he was glad to lead the team to another trip to the state tournament in his final year after Owensboro failed to get out of the district the previous three seasons.

“It means a lot to us,” he said. “This is a special team. Out of every team I’ve played on, this has been the most special.”