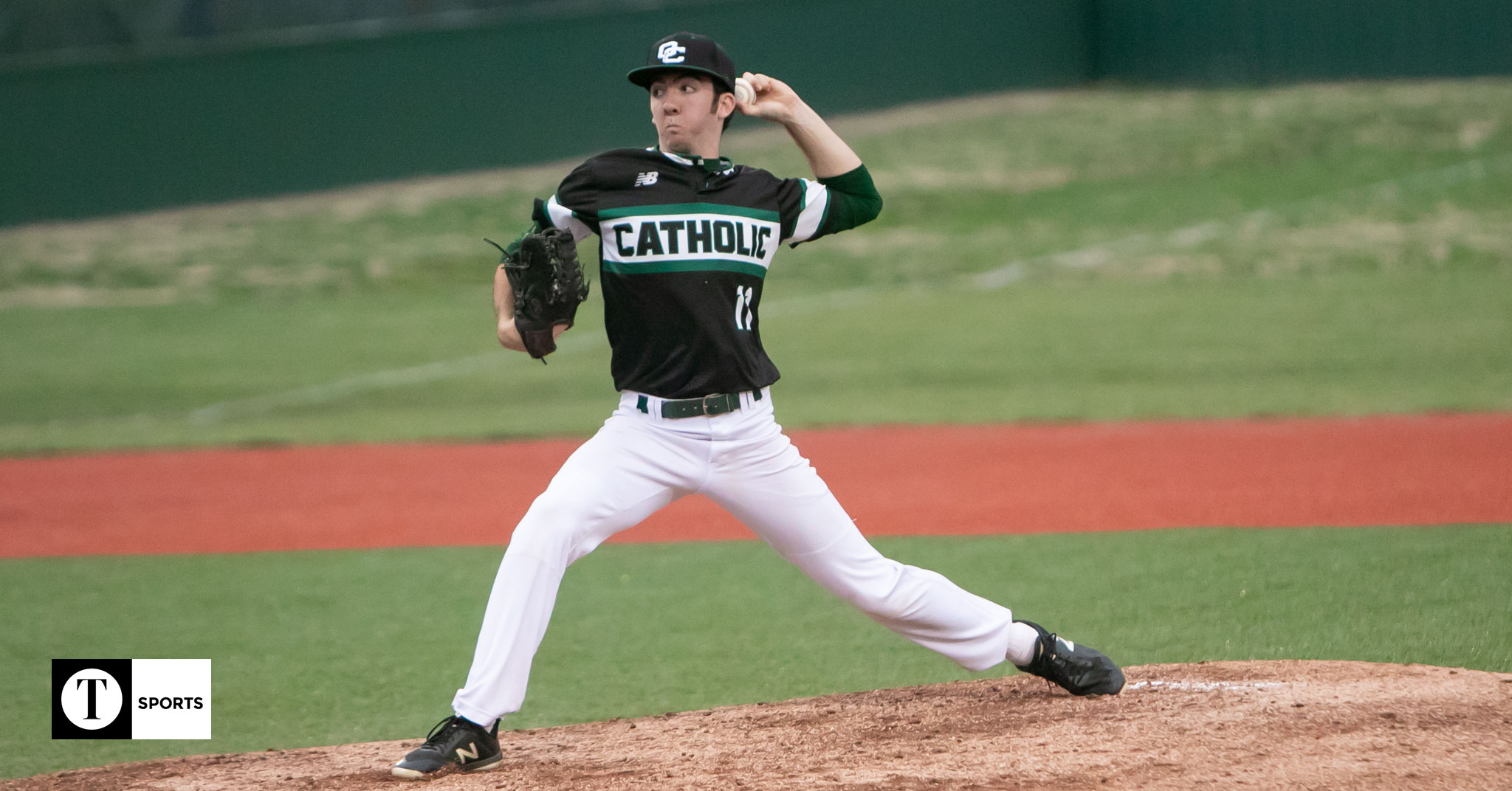 Mason Grant was strong on the mound to lead Owensboro Catholic to a win over Edmonson County. | Photo by Ryan Richardson

Grant pitched a complete game, giving up seven hits and striking out eight while walking three.

The Wildcats (8-3) struck first when they scored on an error, but the Aces (7-6) tied things up in the second when Hunter Small scored on a sacrifice fly by Sam McFarland.

A pair of errors by Edmonson County in the third inning led to a rally by Catholic, as Luke Scales, Andrew Wiman and Finley Munsey all scored for a 4-1 lead.

Wiman scored again in the fourth. After reaching base on a fielder’s choice, he stole second and third before scoring on a two-out single by Small. Wiman scored a third time in the sixth inning on a double by Munsey.

Edmonson County scored two runs in the top of the sixth on added one more in the seventh before Catholic closed out the win.

The Red Devils (7-5) fell behind 1-0 when the Wildcats (7-8) plated a run in the top of the third inning, but Owensboro responded with three runs in the bottom of the frame. They never trailed again, but the teams were tied twice before the Devils went ahead for good.

Franklin-Simpson scored two in the top of the fourth and Owensboro added one in the bottom half, then the Wildcats evened the score once more in the fifth.

Both teams finished with seven hits and three errors. Owensboro gave up three unearned runs compared to two for Franklin-Simpson.

Nick Belcher was the only Red Devils to earn two hits, one of which went for a double. He also had an RBI and scored once. Kobe Coomes also double and scored a run.

Belcher picked up the win on the mound through two innings of work. He gave up a run and one hit, striking out two and giving up two walks. Starting pitcher Corey Gibson last four innings and Trace Grenier struck out two in the final frame.