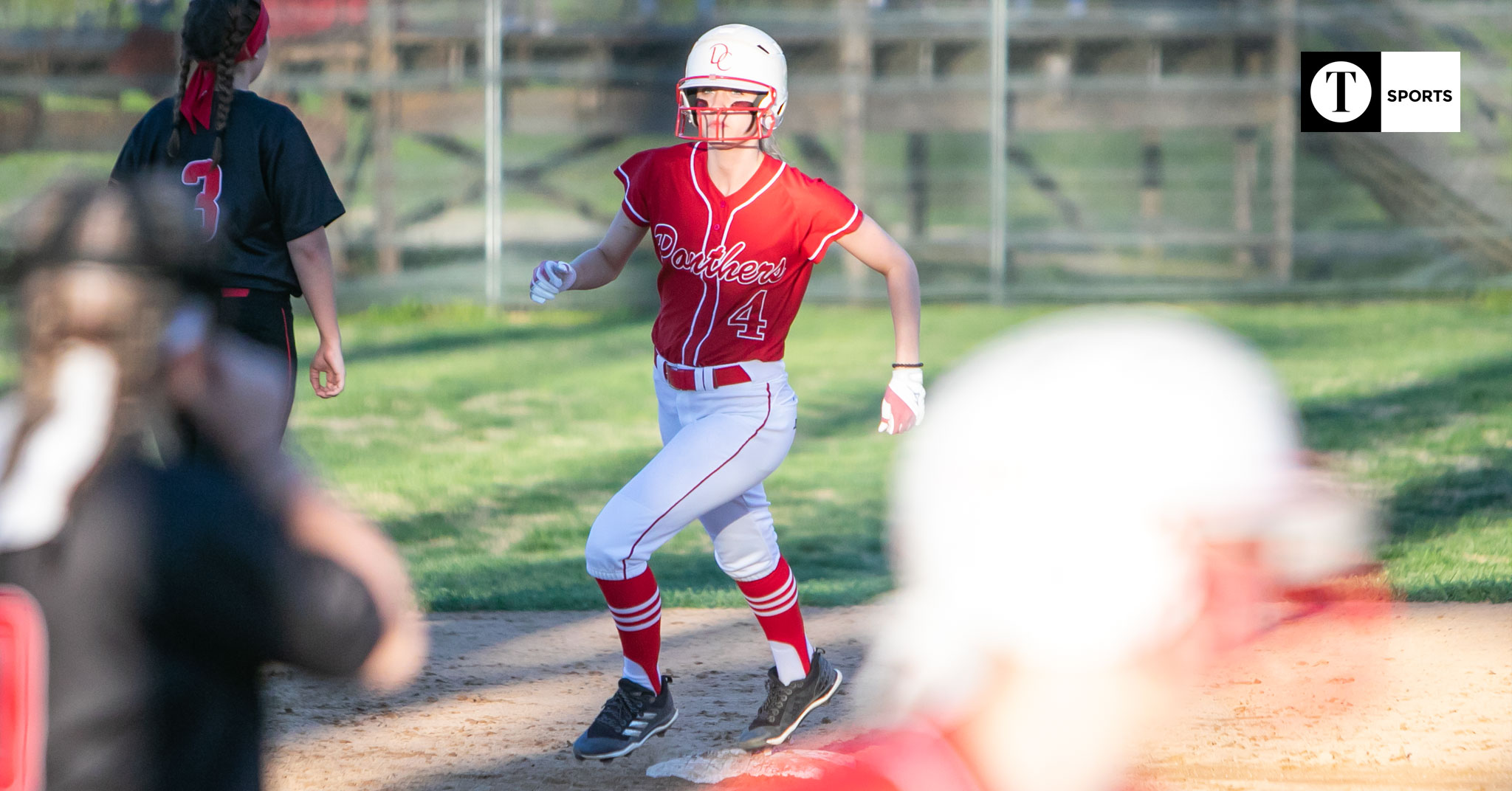 Sydney Howard had a home run and five RBIs for Daviess County in the win over Owensboro. | Photo by Ryan Richardson

Sydney Howard and Emily Stanley hit back-to-back homers and Cameron Hamilton was solid in the circle to power the Daviess County softball team to a 13-0 win in five innings Tuesday night at home against Owensboro.

The Lady Panthers (7-5, 1-0) used 18 hits to slug their way to victory in their 9th District opener, while the Lady Devils (0-9, 0-3) couldn’t find much offense as they dropped their third district game.

Howard led the way with five RBIs and she scored twice while going 3-for-3 at the plate. Daviess County head coach John Biggs said Howard has been a pleasant surprise in the bottom half of the lineup.

“She’s really been hitting the ball well,” he said. “She’s a super athlete and she’s really come on the scene this year and given us a big lift down in the lineup. We’ve moved her around a little bit but she’s getting good production.”

Stanley also went 3-for-3, driving in three runs while scoring once on her solo home run. The back-to-back long balls came as part of a five-run fourth inning. The Lady Devils also scored four runs in each of the first two frames despite Owensboro changing pitchers between innings.

“We had to make an adjustment,” Biggs said. “I thought we did a fairly good job of doing that. We talk about that all the time — regardless of speed or location, you have to adjust to what the umpire is calling and what the pitcher is throwing. When we were patient, I thought we hit the ball really well.”

Doubles by Emma Young and Stanley in the first innings each resulted in a pair of runs for a 4-0 lead. Abby Newman singled in a run in the second inning, while Howard hit a three-run double with two outs to put the Lady Panthers up 8-0.

Hamilton only allowed three hits and walked one batter in the shutout, striking out eight in five innings of work. After some ups and downs so far this season, Biggs said Hamilton was trying to build confidence.

“She’ll be the first one to admit that she’s been struggling a little bit, so we’re just trying to get her some more innings in and get her confidence back,” Biggs said. “She’s changed some things with her pitching this year. She’s had some good outings and she’s had some rough outings. Tonight she was hitting her spots and was able to change speeds.”

For Owensboro, Mady Poole doubled and drew a walk to reach base twice. Kaylyn Sowders and Brooke Keller also got hits.